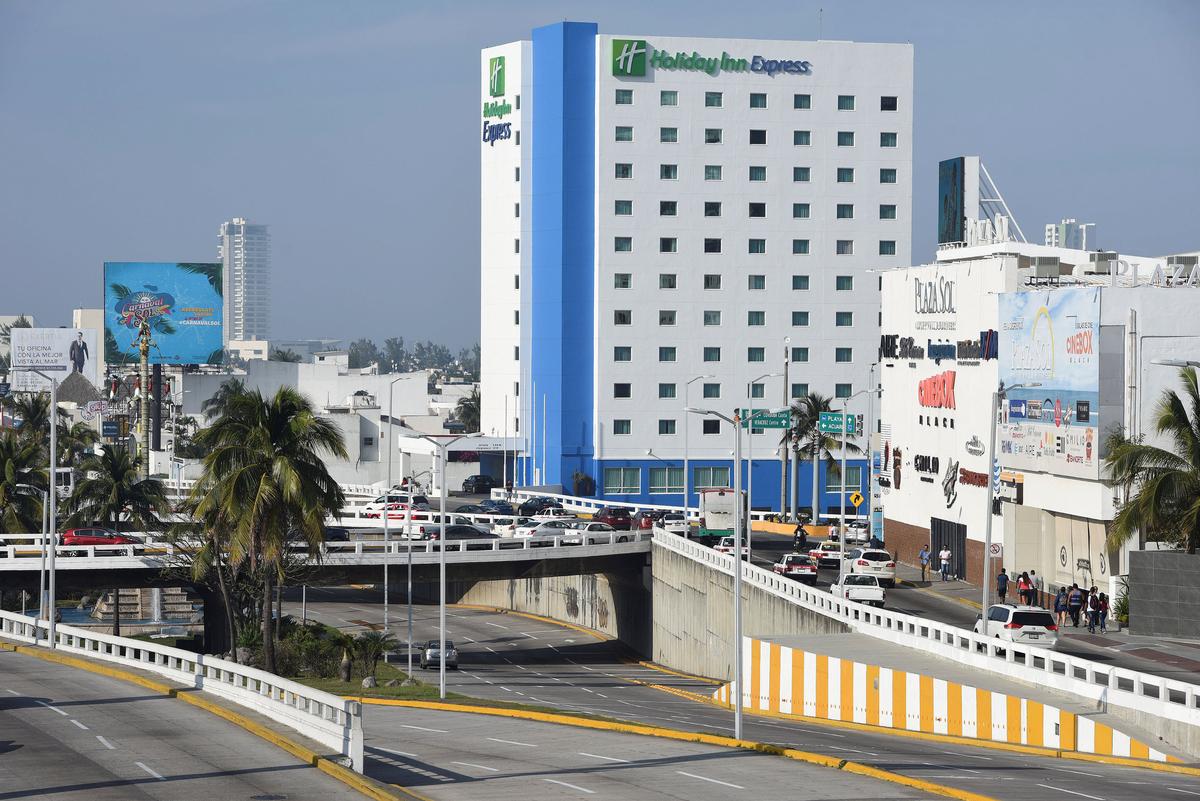 Instead, FibraHotel’s properties in Ciudad del Carmen and Villahermosa and an earlier purchase in Coatzacoalcos, like many along the Gulf, are pinched for guests.

President Enrique Pena Nieto’s 2013-14 legislative overhaul of the energy sector, which broke a 75-year monopoly by state oil firm Pemex, had been expected to jumpstart the economy and revive the declining oil industry. It coincided, however, with a global collapse in oil prices that muted investors’ interest.

Prices are now rebounding, and the government forecasts that some of the world’s largest oil companies will ultimately invest about $150 billion in Mexico if they succeed in extraction efforts. But experts say the promised growth could still be several years coming.

In the hardest-hit oil towns, hotel occupancy rates have fallen by as much as half, said real estate brokerage Jones Lang LaSalle, with some in the region operating with barely a third of their rooms full.

That is well below the booming rates seen last year in tourist hotspots such as Cancun and Riviera Maya, the tourism ministry says, and lower than automobile manufacturing hubs such as Guadalajara and Leon.

“It’s been weaker than in past years,” said Guillermo Bravo, head of FibraHotel’s corporate development. He declined to give occupancy figures for the Gulf Coast properties the company bought in 2012 and 2015. But he said they are below the average for the rest of its portfolio, which stretches across more than two dozen Mexican states.

Now, the company says its best option is to wait.

“It wouldn’t be a good moment to sell,” Bravo said.

Hotels typically need 40 percent occupancy to break even, according to Christian Lega, a director of tourism at real estate services firm CBRE Hotels. While hotel owners and operators on the Gulf were reluctant to provide specific figures, several acknowledged the falling occupancy.

A source familiar with Hyatt Place in Ciudad del Carmen, who declined to be named because of the sensitivity of the matter, said the property is about a third full and recently closed some of its rooms.

Hyatt declined to provide current data, but said Ciudad del Carmen hotels had 80 percent occupancy in 2014. That is in line with other cities in the area in the years before oil prices plummeted.

Hoteles City Express, which says 13 percent of its Mexico portfolio is largely reliant on the energy industry, has seen its Gulf Coast occupancy rates slip since 2015. Spokeswoman Blanca Herrera said the company is targeting other business sectors and leisure travelers in the area.

Hotels are faced with slashing costs to break even and, in the most dire cases, could risk losing partnerships with prestigious brands such as Hyatt, Marriott and Holiday Inn, Lega said.

Hotel brands typically agree to emblazon their names on properties if they expect 60 percent occupancy, Lega said. Lower levels can pose a risk to their reputations.

Hotels in major oil towns are operating well below that level, according to tourism ministry data compiled by Jones Lang LaSalle.

“They thought the energy reform would generate investment much sooner,” Lega said.

FibraHotel recently changed one of its Ciudad del Carmen sites from a Courtyard Marriott to a Fiesta Inn, matching the brand of its other nearby properties.

“Running both hotels under one operator gave us more synergies and economies of scale,” Bravo said, adding that it was not Marriott’s decision.

A spokesperson for Marriott International Inc did not respond to a request for comment.

Although many in the sector are hopeful that hotels will again fill with oil workers as firms that won contracts in Mexico’s early auctions begin deploying staff, Gulf Coast hoteliers worry travelers will be deterred by the country’s worst ever surge in violent crime.

“There’s the perception that we’re always in fear,” said Esteban Enriquez Espana, president of the Coatzacoalcos hotel and motel association in Veracruz, the state with the fifth highest number of murders in Mexico last year.

“It’s a problem that’s gotten out of control,” he said.