SEATTLE/CHICAGO/PARIS (Reuters) – As Boeing Co (BA.N) sets its sights on winning approval to fly its 737 MAX within weeks, following a six-month safety ban, engineers around the world are rolling out plans for one of the biggest logistical operations in civil aviation history.

Inside Boeing’s 737 factory at Renton, Washington, south of Seattle, workers have pre-assembled dedicated tool kits for technicians tasked with installing software updates and readying over 500 jets that have sat idle for months, insiders said.

Across the globe, Boeing teams are hammering out delivery schedules – and financial terms – with airline customers who have been forced to cancel flights, cut routes and fly aging jetliners while they await the MAX’s return.

Although regulators must still approve the jets for flight, Boeing and airline staff and executives say the world’s largest planemaker is weeks into an elaborate blueprint for production, maintenance and delivery that one source said involves 1,500 engineers – as many as it takes to design a small new jet.

Another likened the logistics to a nation “going to war.”

Boeing will have to juggle the delivery of two different MAX categories: some 250 produced since the ban, parked at various facilities in tail-to-nose configurations that conjure the puzzle game Tetris; and those that will roll off the production line post-approval.

Airlines will mostly handle a third category involving the return to service of 387 aircraft flown before the grounding, though Boeing has already deployed teams around the world to help companies get ready for that process.

Boeing’s fastest-selling jet was grounded in March after flight-control software was found to have played a role in two separate crashes that killed 346 people within five months.

The ban sent shockwaves through aviation, cutting Boeing’s profit and margins, with a cost to Boeing so far estimated at $8 billion.

Redeploying hundreds of idle 737 MAX aircraft, which bring in an estimated 40% of Boeing’s pre-tax profit, smoothly is crucial for the health of America’s top corporate exporter and the country’s wider manufacturing sector, whose recent loss of momentum has taken a further knock from the crisis.

Boeing receives much of its cash upon delivery and Fitch Ratings and Moody’s have warned its “stable” outlook may be at risk, as its plane deliveries fall 72% this year.

Preparations for a return to service are finely tuned to the company’s present assumption that the 737 MAX will resume commercial flights in the October-December timeframe, Chief Executive Dennis Muilenburg told Reuters in August.

But the timeline is in the hands of divided regulators around the world who must approve Boeing’s proposed software fix for 737 MAX flight controls and new training materials. European regulators plan their own test flights on the changes.

“We don’t control that timeline,” Muilenburg said. “We are going to work with the regulators and we are making progress towards that timeline. But if that return to service date changes, it affects everything else.”

Boeing has told suppliers that it expects the plane to be flying in early November, a senior industry source said.

Once regulators certify the MAX for flight, Boeing will have to mobilize hundreds of mechanics and pilots to bring the roughly 250 stored aircraft out of hibernation.

Airlines estimate the process – which includes installing new software, changing fluids and cycling the engines – will take 100 to 150 hours per jet, and months in total for Boeing.

In one example highlighting the minute risks that could upend months of planning, a team of employees is analyzing years of data on December snowfall at an airport in rural Moses Lake, Washington – where Boeing has parked some 100 jets – to predict demand for aircraft anti-freeze and runway performance.

The maintenance process will be followed several days of test flights as part of a standard customer acceptance period, but another challenge is finding enough pilots to work through the backlog.

As a result, Boeing is exploring a deal for temporary pilots with Isle of Man-based aircrew and training provider CCL Aviation to supplement its staff pilots, one person with knowledge of the matter said.

It’s not clear which customers will receive deliveries first. Much will depend on how quickly other global regulators who have promised their own scrutiny follow the U.S. lead.

Some, like United Airlines (UAL.O), have said they want the jets as soon as possible, but others may use the opportunity to adjust deliveries. While airlines had been eager to add the fuel-saving models ahead of the peak northern hemisphere summer, fewer tend to add capacity in the quieter month of November.

The eventual MAX return will also test an increasingly fragile aviation market. Traffic growth has slipped since the grounding partly as a result of global trade tensions, according to the International Air Transport Association.

Muilenburg has played down concerns about airline demand, telling a conference this week that the market remains robust.

But of 250 stored jets, about a dozen are bound for lessors that have yet to place them with airlines, or were built for now-bankrupt carriers like Jet Airways, industry sources said.

Analysts say some airlines may try to use the grounding as a smokescreen to try to cancel orders, something Boeing would resist. 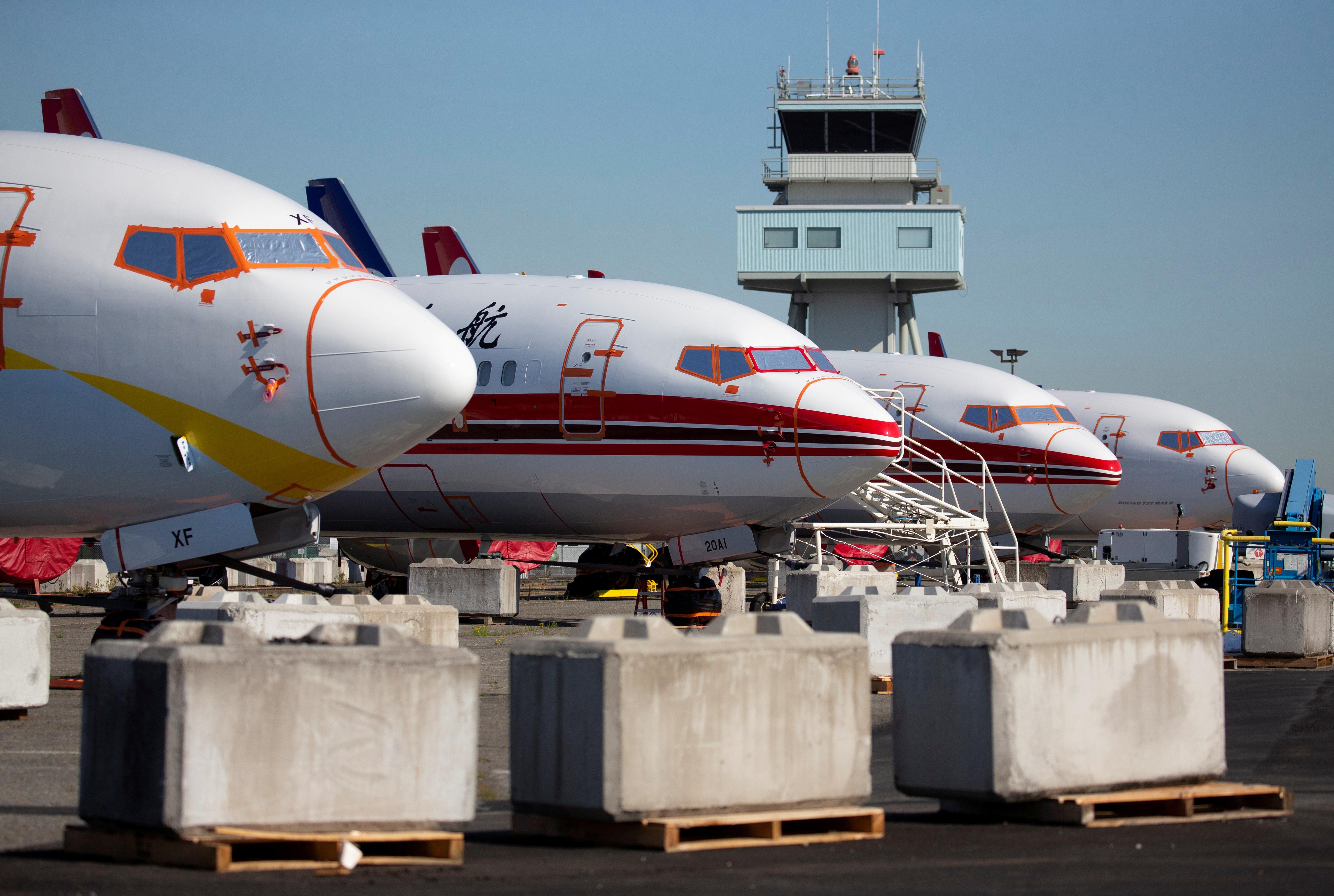 “Once the MAX logjam is broken … there are a lot of aircraft that are potentially surplus,” he added.