WASHINGTON/BUENOS AIRES (Reuters) – Argentina’s government said on Tuesday it hoped the International Monetary Fund would agree in the second half of September to a deal giving the country more financial support as it seeks to escape a deepening economic crisis.

Economy Minister Nicolas Dujovne met IMF chief Christine Lagarde in Washington and both said they were working together to improve a $50 billion standby finance deal agreed with the IMF’s executive board in June.

“We are trying to get it voted on by the (IMF) board …. in the second half of September,” Dujovne said after the meeting.

He said the two sides still needed to work out the details of a proposal, and declined to give details about what that might look like.

Lagarde said she and Dujovne had made progress toward strengthening the IMF-backed program for Argentina.

“Our discussions will now continue at a technical level and, as stated before, our common objective is to reach a rapid conclusion to present a proposal to the IMF Executive Board,” Lagarde said in a statement.

An IMF spokesman said it was unclear when the IMF board would be able to vote on potential changes to the Argentina program. The board had planned to review the previous deal’s progress this month. But the status of that meeting is now uncertain because of the negotiations with Dujovne’s team.

Argentina is struggling to break free from cyclical financial crises that have hit the country every decade over the past 60 years.

The most recent, in 2002, threw millions of middle-class Argentines into poverty and shook investor confidence in the commodities-reliant economy. 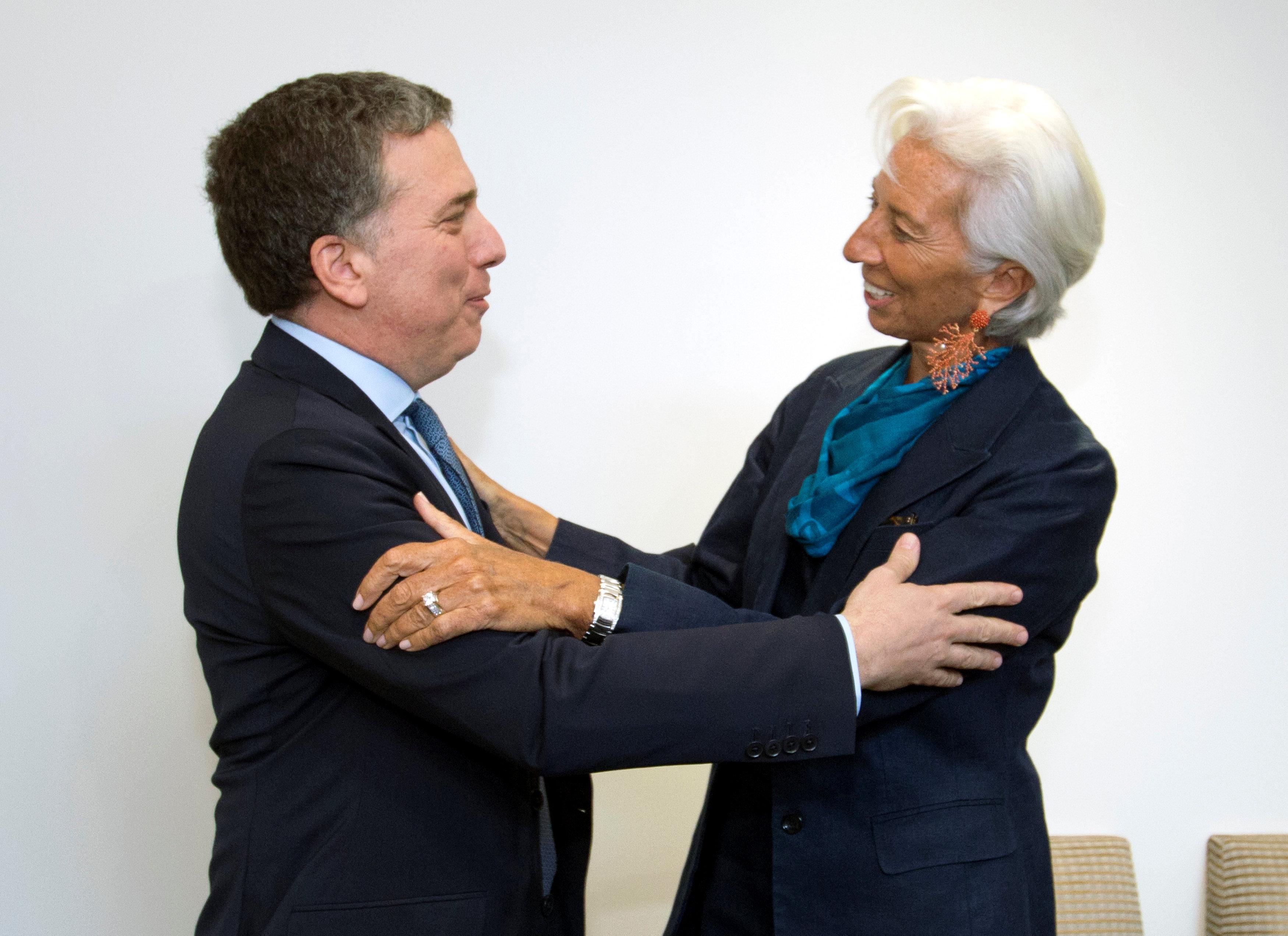 On Monday, President Mauricio Macri announced new taxes on exports and steep spending cuts to eliminate Argentina’s primary fiscal deficit next year. The measures are aimed at assuring investors that Argentina can pay its debts.

In exchange, Macri is asking for early cash disbursements from the standby deal he negotiated with the IMF in June.

U.S. President Donald Trump, who as a real estate magnet had dealings with Macri’s family, on Tuesday backed the Argentine leader’s handling of the crisis.

“I have confidence in President Macri’s leadership, and I strongly encourage and support his engagement with the International Monetary Fund to strengthen Argentina’s monetary and fiscal policies to tackle the country’s current economic challenges,” Trump said in a statement after speaking with Macri on a call.

He said the United States supported Argentina “during this trying time.”

Trump’s backing for Macri is important because the United States is the largest member on the IMF’s 24-member executive board, which would need to approve any new agreement with Argentina.

But Argentina’s peso slid further on Tuesday as investors reacted with skepticism to Macri’s plans. Many worry he will not be able to push reforms through a restive Congress amid growing frustration on the streets of Buenos Aires.

“It’s hard for the market to believe that a country like Argentina can hit its new fiscal targets over the short term,” said Sebastian Cisa, with Buenos Aires-based brokerage SBS.

The Argentine central bank sold $358 million in reserves at auctions on Tuesday to help prop up the peso, which nevertheless fell 2.18 percent to 39.05 to the U.S. dollar. Last week alone, the currency lost 16 percent of its value.

Argentina’s Merval stock index .MERV fell 3.72 percent, with traders citing doubts about the government’s ability to make good on new fiscal plans as Latin America’s third-largest economy slides into recession this year. Argentina’s current IMF deal includes fiscal targets that Argentina says it wants to strengthen as part of its effort to gain the market’s trust. Those new fiscal goals are being negotiated in Washington this week.

The IMF has generally voiced support for Macri and his orthodox economic policies.

Dujovne has said that early cash disbursements from the IMF would allow the government to avoid going to the bond market for financing over the near term.

Reporting by Daina Beth Solomon in Washington and Hugh Bronstein in Buenos Aires; Editing by Leslie Adler and Peter Cooney