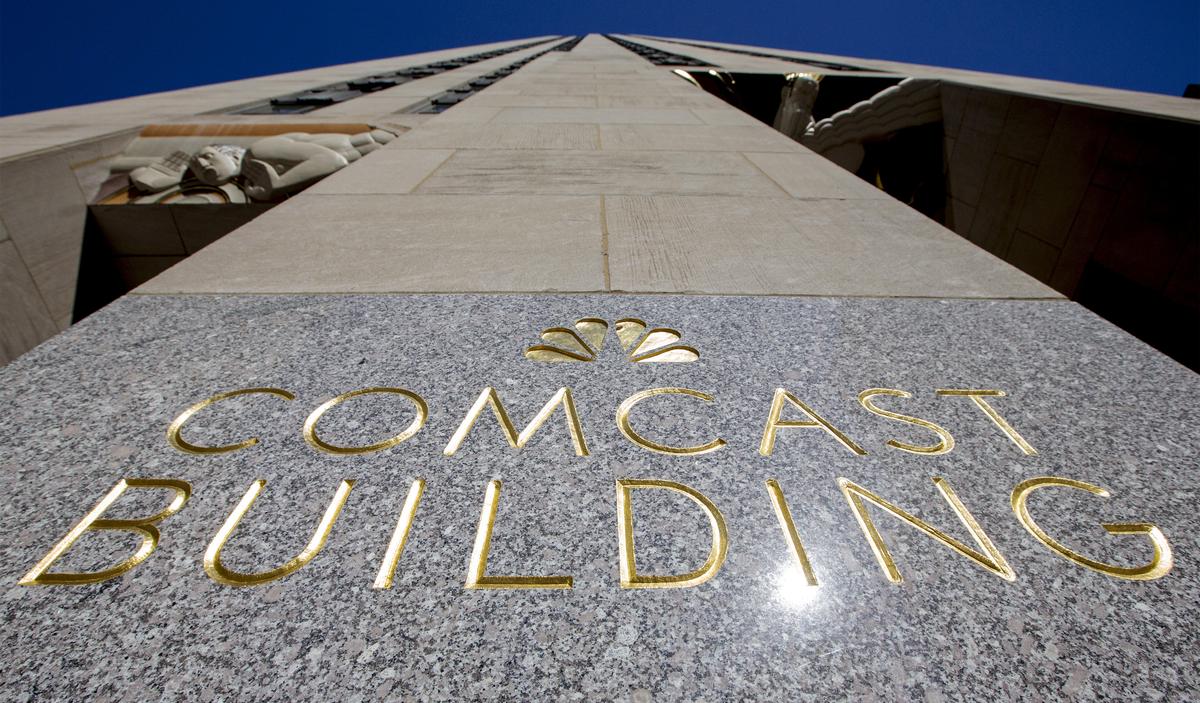 The world’s biggest entertainment company, which owns NBC and Universal Pictures, said it proposed to offer 12.50 pounds per share, significantly higher than the 10.75 pounds Fox had agreed to pay for the British company

The offer pits Comcast’s Brian L. Roberts against Murdoch, the 86-year-old tycoon who helped to launch Sky and pioneer pay-TV in Britain. Iger is also a long time rival after Comcast tried and failed to buy Disney for $54 billion in 2004.

Disney had agreed to buy Sky from Fox at a later date along with other assets in a separate deal worth $52 billion.

Media owners have been forced to rethink their strategies and look for growth after the success of online groups Netflix Inc (NFLX.O) and Amazon.com Inc. (AMZN.O) prompted customers to start ditching their subscriptions.

Comcast bid $60 billion last year to clinch a deal with Murdoch’s Fox before losing out to Disney.

Shares in Sky soared 21 percent to 13.34 pounds, indicating that investors expect a bidding war for a company that provides sports programming, films and broadband to 23 million homes across Britain, Ireland, Germany, Italy and Austria.

“Sky and Comcast are a perfect fit: we are both leaders in creating and distributing content,” Comcast Chief Executive Officer Roberts, 58, said. “We think Sky is an outstanding company.”

Murdoch’s Fox agreed to buy the 61 percent of Sky it did not already own in December 2016 but the takeover has been repeatedly held up by regulatory concerns that the media tycoon holds too much influence in Britain.

The shares had been trading above the asking price since Sky this month agreed to pay less than expected for Premier League soccer rights, boosting its future earnings and prompting investors to demand a higher offer.

Formed in 1990, Sky has built its business by offering leading content and technology. It snapped up Murdoch’s pay-TV groups across Europe in 2014 to offer a distribution platform across the continent that is now proving attractive to the big U.S. content owners.

”Fox will have to sharpen their pencils now,“ said Neil Campling, at Mirabaud Securities. ”There is no way we can see that Fox will walk away given how advanced the regulatory clearance process is.

“This bid marks a floor not an end to this particular saga. Let the battle commence.”

Comcast said it had not yet engaged with Sky over the proposal and a spokesman for Sky declined to comment.

Sky’s chairman is Murdoch’s son James, who is the chief executive of 21st Century Fox, so Comcast will have to gain the support of the independent shareholders for its better offer if it does not make a hostile bid.

Comcast’s Brian Roberts, the son of Ralph who founded the company in 1963, called Sky’s deputy chairman Martin Gilbert just before 0700 GMT on Tuesday to notify him of the offer, and called Sky Chief Executive Jeremy Darroch shortly afterwards, minutes after its statement had been published.

Disney’s Iger, in Paris on a business trip, declined to comment on Tuesday.

Sky’s independent directors are expected to meet in the coming days to discuss the offer.

Comcast went public with the proposal to trigger the regulatory timetable on the deal because timing will be a key factor when investors choose which offer to take.

“We would like to own the whole of Sky and we will be looking to acquire over 50 percent of the Sky shares,” Roberts said, indicating he could be willing to share ownership of Sky as long as it has control.

“Innovation is at the heart of what we do: by combining the two companies we create significant opportunities for growth.”

MURDOCH TO LEAD THE CHARGE?

Murdoch’s Fox had been slowly edging toward a deal for Sky in recent weeks, eight years after he first made an offer for the whole company.

Britain’s competition regulator said in January that Murdoch’s planned takeover should be blocked unless a way was found to prevent him from influencing the network’s news operation, Sky News.

The Competition and Markets Authority (CMA) said that the deal would give Murdoch too much influence and so would not be in the public interest.

The Australian-born Murdoch holds a peculiar role in Britain where he started buying newspapers in 1969.

Critics, including many politicians, argue that he wields too much power in the country with his ownership of the Sun and Times newspapers and in 2011 he was forced to close the mass-selling News of the World tabloid after its journalists admitted hacking phones to get news.

Seeking to prove it would not influence Sky’s award-winning news channel in the future, Fox last week made further concessions, with a promise to maintain and fund a fully independent Sky-branded news service for 10 years.

Comcast sought to talk up its own strengths when it made its statement, saying it had only a minimal presence in the British market and did not see any regulatory concerns.

Comcast said it recognized that Sky News was an “invaluable part of the UK news landscape” and it intended to maintain its existing brand and culture.

“Our strong market positions are complementary with Sky’s leadership in Europe enhancing our preeminent position in the U.S.,” Comcast’s Roberts said.