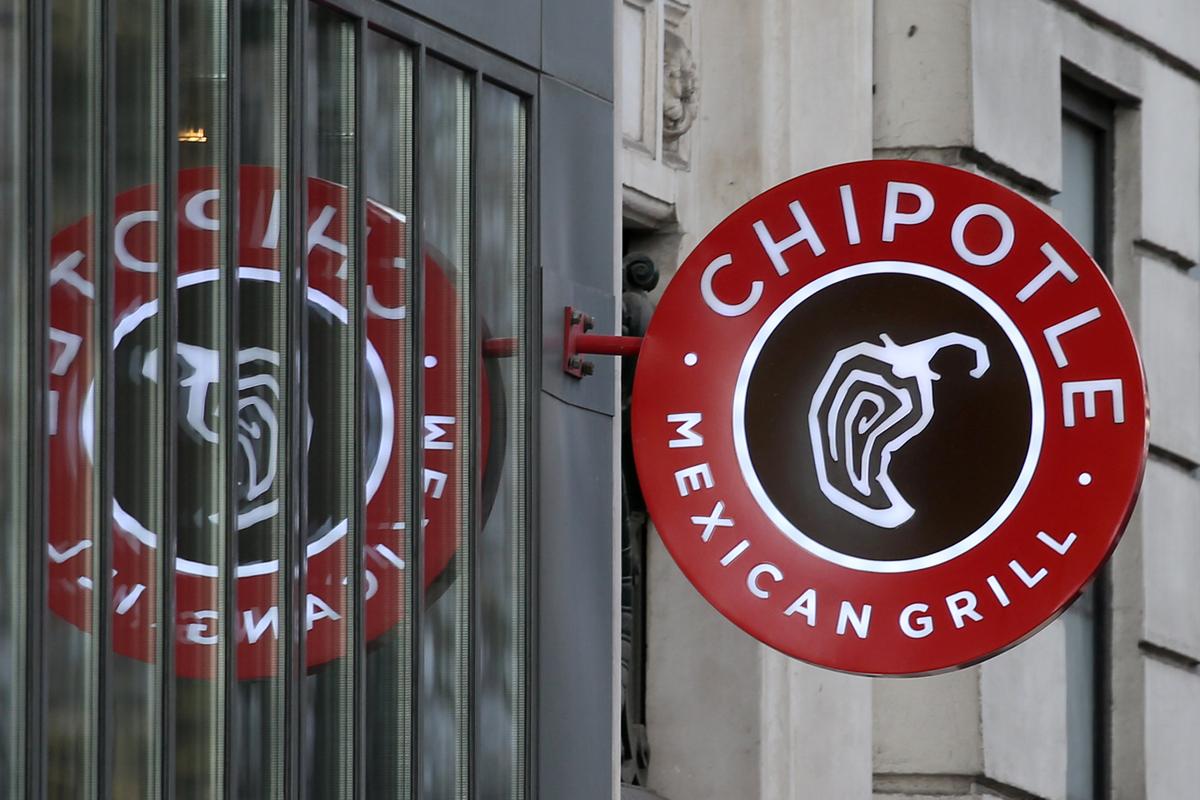 (Reuters) – Chipotle Mexican Grill Inc (CMG.N) has hired Brian Niccol, known for bringing “Doritos Locos Tacos” and mobile ordering to Taco Bell, as its next chief executive to turnaround the once red-hot burrito chain that has been battered by food safety lapses.

Shares of Denver, Colorado-based Chipotle were up 11.8 percent at $281.03 in extended trading, still less than half their $742 high set in 2015, before sales-crushing E.coli, Salmonella and norovirus outbreaks sickened hundreds of U.S. customers.

Niccol, 43 and head of Yum Brand’s Taco Bell since 2015, on March 5 will replace Chipotle founder Steve Ells, who built the chain on the idea that food could be both healthy and fast but failed to nail the operational prowess needed to guide it through several health scares.

While Chipotle excelled by promoting organic produce and antibiotic-free meat to distance itself from fast food, Niccol used feisty marketing and unusual food creations, such as the Doritos tacos and Nacho Fries, to excite customers. He also took aim at Chipotle’s customers, starting a higher-end Cantina chain and launching a healthier Cantina menu at Taco Bell.

Neil Saunders, managing director of GlobalData Retail, said Niccol’s operational discipline and creativity would be good for Chipotle, but not a guarantee of success.

“Chipotle still hasn’t recovered from its health scares and has a lot of work to do to rebuild confidence. The menu and concept are tired and customers are less enthusiastic about the brand than they once were. On top of all of this, there is a lot more value-focused competition in the market,” he said.

Taco Bell’s turnaround began under the leadership of Greg Creed, who is now CEO of the fast-food chain’s parent company, Yum Brands, and continued under Niccol, who joined the chain in 2011 as chief marketing and innovation officer, was president from 2013 to 2014 and became its CEO in 2015.

In 18 of the past 20 quarters, Taco Bell has reported growing sales at established U.S. restaurants – better than many of its rivals, including McDonald’s Corp (MCD.N) and Chipotle, said Maxim Group analyst Stephen Anderson. It also outpaced Yum chains Pizza Hut and KFC in same-store sales for 2016 and 2017.

Part of the success is attributed to mastering mobile ordering and launching breakfast, and Niccol in a statement referred to using menu innovations and digital communications at Chipotle.

FILE PHOTO: The logo of Chipotle Mexican Grill is seen at a restaurant in Paris, March 7, 2016. REUTERS/Charles Platiau/File Photo

It likely could add nachos and new beverages, including margaritas, with minimal disruption, but breakfast would be a heavier lift since workers use the morning hours to prepare food for the day ahead, said Scott, who expects more executive changes at Chipotle and restaurant franchising over time.

Ells said in November he would step aside after failing for two years to rescue the burrito chain’s sales and reputation, and he told investors recently he would not get in the way of a new CEO.

“His expertise in digital technologies, restaurant operations and branding make him a perfect fit for Chipotle,” Ells said in a statement announcing Niccol’s appointment.

Despite its problems, Chipotle shares traded recently at a premium to peers: 28.8 times earnings projected over the next 12 months, versus 21.3, according to Thomson Reuters data.

“He is the right leader to reinvigorate the company and help it achieve its enormous potential,” said Francis McGill, a Pershing Square spokesman.

Ackman has been telling his own investors that Chipotle has enormous potential by innovating its menu and improving customers’ digital experience.