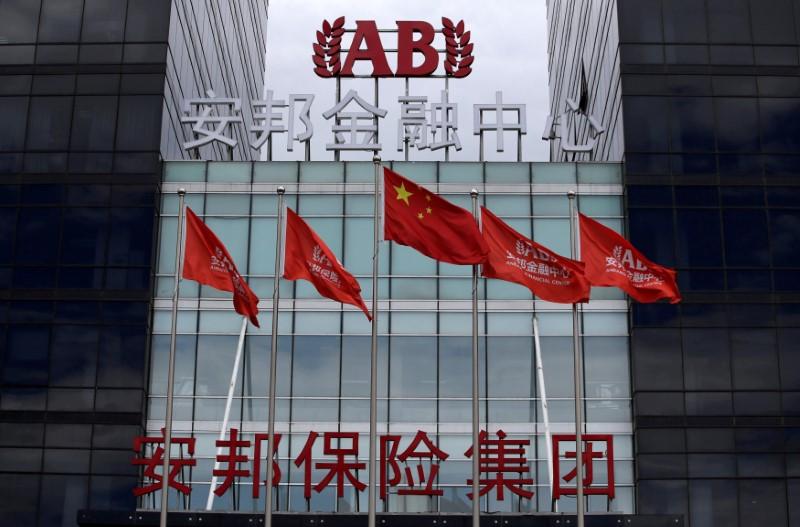 HONG KONG (Reuters) – When news broke this week that the chairman of CEFC China Energy, an acquisitive conglomerate, was being investigated for economic crimes, one particular group gulped – dealmakers involved with Chinese companies.

Even as China’s fast-growing conglomerates have been viewed by many global investors and regulators with suspicion for their opacity and finances, they have nonetheless been lucrative business partners for dealmakers, known for paying over the odds for flashy assets.

Now, more than ever before, would-be acquirers, sellers, investors and advisors are having to assess who is in and who is out in Beijing, a politically tricky question at the best of times.

The probe into CEFC – which has thrown into question its $9 billion deal for a 14 percent stake in Rosneft, Russia’s top oil producer – came less than a week after the government announced it was taking control of the insurer Anbang, an equally eye-catching acquirer of assets. Anbang’s chairman, Wu Xiaohui, is being prosecuted for economic crimes.

The upheavals of the past weeks have left many dealmakers nervous – and unwilling to comment publicly about a topic so clearly sensitive in Beijing. The State Council Information Office, the Chinese government’s information arm, did not immediately respond to a faxed request for comment from Reuters.

Strategies on how best to navigate the latest upheaval range from focusing on top executives’ political connections to analyzing debt levels and the growth potential of the companies involved.

Said a Hong Kong-based M&A banker at a global investment bank:“It will be just another reason for foreign sell-side folks to be very suspicious of major Chinese acquisitions, yet another hurdle that the Chinese firms will need to go across.”

Companies who appear to have Beijing’s backing include the carmaker Geely and, Fosun (0656.HK), another conglomerate with a one-time penchant for flashy deals, including a stake in Cirque du Soleil.

Geely last week stunned Daimler (DAIGn.DE) with its sudden acquisition of a $9 billion, 9.7 percent stake in the German owner of Mercedes-Benz.

Meanwhile, Fosun has in the past week snapped up two European fashion labels and taken control of a Brazilian broker in deals worth a combined $245 million.

Beijing first put dealmaking conglomerates on notice last summer with a crackdown on their access to credit in the mainland and an edict barring“irrational” investments.

Since then, groups including Dalian Wanda and HNA Group have scrambled to ease the resulting cash crunch by offloading assets and changing business models while also pursuing more Beijing-friendly investment strategies.

Many bankers and other deal advisers are now pointing to the differences in financing style and even ambition as a way of distinguishing between groups who are in or out of favor.

Anbang, for example, has long been considered a quixotic dealmaker – its best-known asset is the Waldorf Astoria hotel in New York. Its financing too has been questioned because much of it came from selling illiquid insurance and savings products, many with shadow banking links, to small investors, according to several regulatory and insurance industry insiders.

That sort of activity has been a particular focus of Chinese authorities worried about risks in the financial system.

“Anbang was an exception on a few fronts.” said one western bank’s China M&A head.“They were regulated, they were obviously too high profile for their own good, they were buying things the government doesn’t necessarily favor – like hotels and property.”

CEFC also transformed rapidly from a niche fuel trader into an oil and finance conglomerate, with an ambition to become an energy giant to rival China’s state-owned behemoths. Ye Jianming, CEFC’s chairman and founder, also had a high profile outside his homeland.

In 2016, Ye ranked above French President Emmanuel Macron in Fortune magazine’s‘40 Under 40’ list of the world’s most influential young people and in 2015, he was appointed an advisor to the Czech president on economic policies.

CEFC’s overseas holdings include property, a brewer, a football stadium and an airline. However, little is known about how Ye raised the money to build CEFC or its ownership structure.

By contrast, a perceived strength of Geely’s chairman, Li Shufu, has been his company’s single-minded focus on cars and developing electric vehicles – sectors aligned closely with Beijing’s priorities – as well as a track record for managing acquisitions, notably that of Sweden’s Volvo in 2010.

Some dealmakers are openly confident. This week, Fosun’s chairman, Guo Guangchang, told the Financial Times that he planned more overseas deals and that his company’s acquisitions were approved by the Chinese government.

He told the newspaper:“The Chinese government is very law oriented so they support the companies who respect the law.”

CEFC issued a statement Thursday disputing reports that its chairman was being investigated and said that it was“operating normally”.

WHAT, OR WHO IS NEXT?

Some investors are wondering if HNA might be the next to come under government pressure. The sprawling conglomerate warned creditors in January of a $2.4 billion shortfall in its ability to meet interest payments due this quarter and has suspended trading in several of its listed units pending restructuring news.

There are as yet no signs of direct government involvement.

In December, eight banks, including China Development Bank and China’s“Big Four” state-backed lenders met with HNA to discuss their lending to the group.

Analysts said they were braced for further developments among China’s conglomerates but cautioned that the whole saga should be viewed within a longer perspective of Beijing’s battle to rein in leverage and cut corruption.

Many top corporate executives in China have been reported to be detained in the past as part of regulatory crackdown on corruption, though in most cases little details were given about those allegations.

“This is just a natural progression of China cementing its power but also its crackdown on corruption,” said Will Ballard, head of emerging market equities at Aviva Investors.