BEIJING/MARSEILLE, France (Reuters) – Chinese conglomerate HNA Group [HNAIRC.UL] Co-Chairman Wang Jian died during a business trip in France on July 3 in what local police said appeared to be an accidental fall from a wall while posing for a photograph.

Wang, 57, is regarded as the architect of an eye-popping $50 billion acquisition spree that saw HNA accumulate assets ranging from a stake in Deutsche Bank AG to high-profile overseas properties. Under pressure from Beijing, HNA has since sold off many of those assets to slash debt.

He was in charge of HNA’s strategy and ran day-to-day operations, sources familiar with the matter have said, while his fellow chairman and co-founder Chen Feng was often the public face of the group.

His death complicates the troubled conglomerate’s efforts to restructure and pay off borrowings, and could increase pressure on HNA to reveal more about its oft-criticized opaque ownership.

Wang fell 15 meters off a wall in the village of Bonnieux, near Avignon, a picturesque area popular with tourists, lieutenant-colonel Hubert Meriaux of the Vaucluse gendarmerie force told Reuters.

“He stood on the edge of a sharp drop to get his family to take a picture of him and fell,” he said.

General view of stone steps and a wall in Bonnieux, near Avignon, France, July 4, 2018, the day after Chinese conglomerate HNA Group Co-Chairman Wang Jian died during a business trip in what local police said appeared to be an accidental fall from a wall. REUTERS/Jean-Paul Pelissier

Shareholders have promised that in the event of leaving the company or dying they would pass their stakes to the New York charity fund, according to a document seen by Reuters. It was not immediately clear how binding those promises were.

“Deleveraging pressures on HNA continue to be enormous, and all such plans will probably now be revisited as the management team reconstitutes itself,” he said.

Wang told employees earlier this year that the company’s difficulties were the result of a “major conspiracy” against the ruling Communist Party and President Xi Jinping by foreign and domestic “reactionary forces”, according to an internally-distributed email.

However, the embattled group appeared to have won a reprieve of sorts recently, when at a meeting held by China’s central bank, lenders were told to “support” HNA bonds, Bloomberg and the Financial Times reported last month.

HNA has remained in selling mode: last month, Hainan Airlines said it would offload its stake in Brazilian airline Azul SA, worth around $324 million. 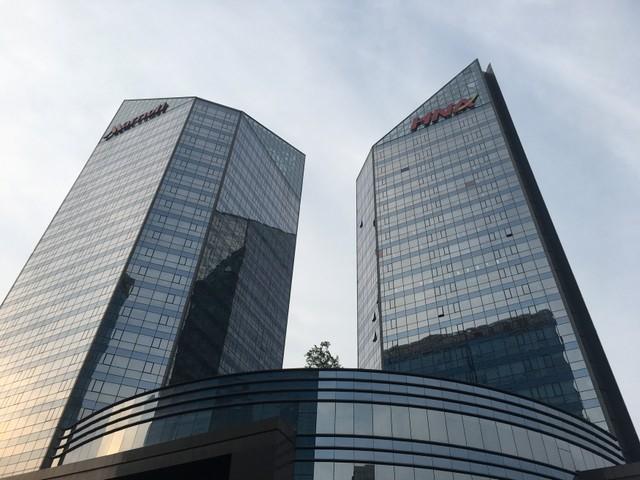 And this week, HNA canceled its A$280 million ($207 million) debt-funded offer to buy the refrigerated trucking arm of Australia’s Automotive Holdings Group Ltd. The seller cited cashflow problems at HNA as a factor.

China’s clampdown on aggressive overseas deals has also seen the likes of Dalian Wanda Group offloading billions of dollars worth of assets last year, while Anbang Insurance Group [ANBANG.UL] was taken over by the government this year.

Wang graduated from the Civil Aviation University of China with a degree in airline management and held an MBA from the Maastricht School of Management in the Netherlands.

“HNA Group extends deepest condolences to Mr. Wang’s family and many friends,” HNA’s board and management team said in a statement.

“Together, we mourn the loss of an exceptionally gifted leader and role model, whose vision and values will continue to be a beacon for all who had the good fortune to know him, as well as for the many others whose lives he touched through his work and philanthropy.”

Social media posts about Wang’s death appeared to have been censored on China’s tightly controlled internet soon after the news was announced by the group. “HNA Wang Jian died” briefly ranked 11th on Twitter-like Weibo’s hot topics page, but was quickly gone from the top 50.

“It’s really shocking news to us,” said an employee who works in finance at HNA, declining to give his name.

“Everyone in the office is talking about it, but we don’t know what impact it will have on the company’s direction.”