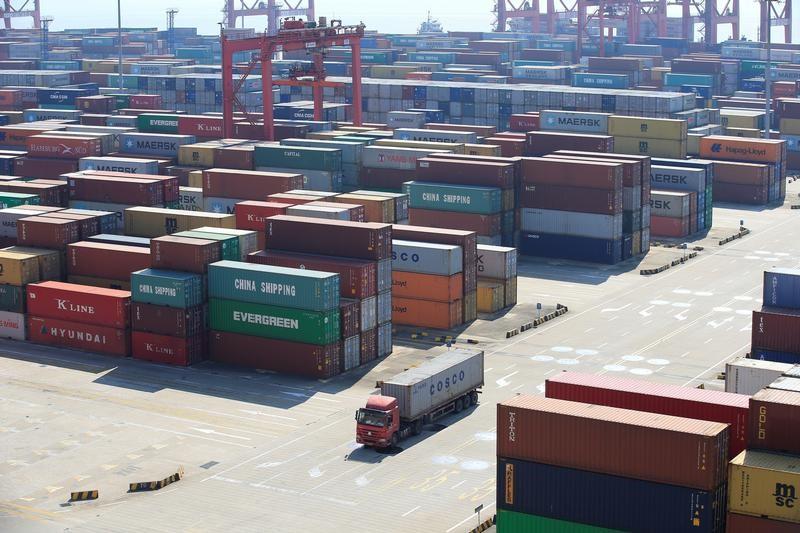 The call between Mnuchin and Liu, a confidante of President Xi Jinping, was the highest-level contact between the two governments since U.S. President Donald Trump announced plans for tariffs on up to $60 billion of Chinese goods on Thursday.

The deepening rift has sent a chill through financial markets and the corporate world as investors predicted dire consequences for the global economy should trade barriers start going up.

In his call with Mnuchin, Liu, a Harvard-trained economist, said China still hoped both sides would remain “rational” and work together to keep trade relations stable, the official Xinhua news agency reported.

U.S. officials say an eight-month probe under the 1974 U.S. Trade Act has found that China engages in unfair trade practices by forcing American investors to turn over key technologies to Chinese firms.

However, Liu said the investigation report “violates international trade rules and is beneficial to neither Chinese interests, U.S. interests nor global interests”, Xinhua cited him as saying.

In a statement on its website, the office of the U.S. Trade Representative Robert Lighthizer said it had filed a request – at the direction of Trump – for consultations with China at the World Trade Organization to address “discriminatory technology licensing agreements”.

China’s commerce ministry expressed regret at the filing on Saturday, and said China had taken strong measures to protect the legal rights and interests of both domestic and foreign owners of intellectual property.

During a visit to Washington in early March, Liu had requested Washington set up a new economic dialogue mechanism, identify a point person on China issues, and deliver a list of demands.

The Trump administration responded by telling China to immediately shave $100 billion off its record $375 billion trade surplus with the United States. Beijing told Washington that U.S. export restrictions on some high-tech products are to blame.

“China has already prepared, and has the strength, to defend its national interests,” Liu said on Saturday.

According to an editorial by China’s state-run Global Times, it was Mnuchin who called Liu.

Firing off a warning shot, China on Friday declared plans to levy additional duties on up to $3 billion of U.S. imports in response to U.S. tariffs on steel and aluminum, imposed after a separate U.S. probe.

Zhang Zhaoxiang, senior vice president of China Minmetals Corp [CHMIN.UL], said that while the state-owned mining group’s steel exports to the U.S. are tiny, the impact could come indirectly.

“China’s direct exports to the U.S. are not big. But there will be some impact due to our exports via the United States or indirect exports,” Zhang told reporters on the sidelines of the China Development Forum in Beijing on Saturday.

Global Times said Beijing was only just beginning to look at means to retaliate.

“We believe it is only part of China’s countermeasures, and soybeans and other U.S. farm products will be targeted,” the widely-read tabloid said in a Saturday editorial.

Possible items include aircraft and chips, Wei, a former vice commerce minister, told the newspaper, adding that tourism could be a possible target.

“If I were in the government, I would probably hit soybeans first, then hit autos and airplanes,” said Lou, currently chairman of the National Council for Social Security Fund.

U.S. farm groups have long feared that China, which imports more than third of all U.S. soybeans, could slow purchases of agricultural products, heaping more pain on the struggling U.S. farm sector.

Chinese penalties on U.S. soybeans will especially hurt Iowa, a state that backed Trump in the 2016 presidential elections.

Boeing jets have also been often cited as a potential target by China.

China and the U.S. had benefited by globalization, Blackrock’s Larry Fink said at the forum.

“I believe that a dialogue – and maybe some adjustments in trade and trade policy – can be in order. It does not need to be done publicly; it can be done privately,” he said.

Apple’s Tim Cook called for “calm heads” amid the dispute.

The sparring has cast a spotlight on hardware makers such as Apple, which assemble the majority of their products in China for export to other countries.

Electrical goods and tech are the largest U.S. import item from China.

Some economists say higher U.S. tariffs will lead to higher costs and ultimately hurt U.S. consumers, while restrictions on Chinese investments could take away jobs in America.