BEIJING/OSAKA (Reuters) – China and the United States will face a long road before they can reach a deal to end their bitter trade war, with more fights ahead likely, Chinese state media said after the two countries’ presidents held ice-breaking talks in Japan.

U.S. President Donald Trump and China’s President Xi Jinping pose for a photo ahead of their bilateral meeting during the G20 leaders summit in Osaka, Japan, June 29, 2019. REUTERS/Kevin Lamarque

The world’s two largest economies are in the midst of a bitter trade war, which has seen them level increasingly severe tariffs on each other’s imports.

In a sign of significant progress in relations on Saturday, Chinese President Xi Jinping and U.S. President Donald Trump, on the sidelines of the G20 summit in Osaka, agreed to a ceasefire and a return to talks.

However, the official China Daily, an English-language daily often used by Beijing to put its message out to the rest of the world, warned while there was now a greater likelihood of reaching an agreement, there’s no guarantee there would be one.

“Even though Washington agreed to postpone levying additional tariffs on Chinese goods to make way for negotiations, and Trump even hinted at putting off decisions on Huawei until the end of negotiations, things are still very much up in the air,” it said in an editorial late Saturday.

“Agreement on 90 percent of the issues has proved not to be enough, and with the remaining 10 percent where their fundamental differences reside, it is not going to be easy to reach a 100-percent consensus, since at this point, they remain widely apart even on the conceptual level.”

Trump also offered an olive branch to Xi on Huawei Technologies Co, the world’s biggest telecom network equipment maker. The Trump administration has said the Chinese firm poses a national security risk given its close ties to China’s government, and has lobbied U.S. allies to keep Huawei out of next-generation 5G telecommunications infrastructure.

The Chinese government’s top diplomat, State Councillor Wang Yi, in a lengthy statement about G20 released by the Foreign Ministry following the delegation’s return to Beijing, said the Xi-Trump meeting had sent a “positive signal” to the world.

Though problems between the two countries remain, China is confident as long as they both follow the consensus reached by their leaders they can resolve their problems on the basis of mutual respect, Wang said in the statement released late Saturday.

Trump’s comments on Huawei, made at a more than hour-long news conference in Osaka following his sit-down with Xi, generated only a cautious welcome from China. The word “Huawei” was not mentioned at all in the top diplomat’s appraisal of G20.

Wang Xiaolong, the Foreign Ministry’s special envoy of G20 affairs and head of the ministry’s Department of International Economic Affairs, said if the United States does what it says on Huawei then China would of course welcome it.

“To put restrictions in areas that go beyond technology and economic factors will definitely lead to a lose-lose situation. So if the U.S. side can do what it says then we will certainly welcome that,” Wang told reporters.

The pause in tensions is likely to be welcomed by the business community, and markets, which have swooned on both sides of the Pacific due to the trade war.

Jacob Parker, vice-president of China operations at the U.S.-China Business Council, said returning to talks was good news for the business community and added much needed certainty to “a slowly deteriorating relationship”.

“Now comes the hard work of finding consensus on the most difficult issues in the relationship, but with a commitment from the top we’re hopeful this will put the two sides on a sustained path to resolution.” 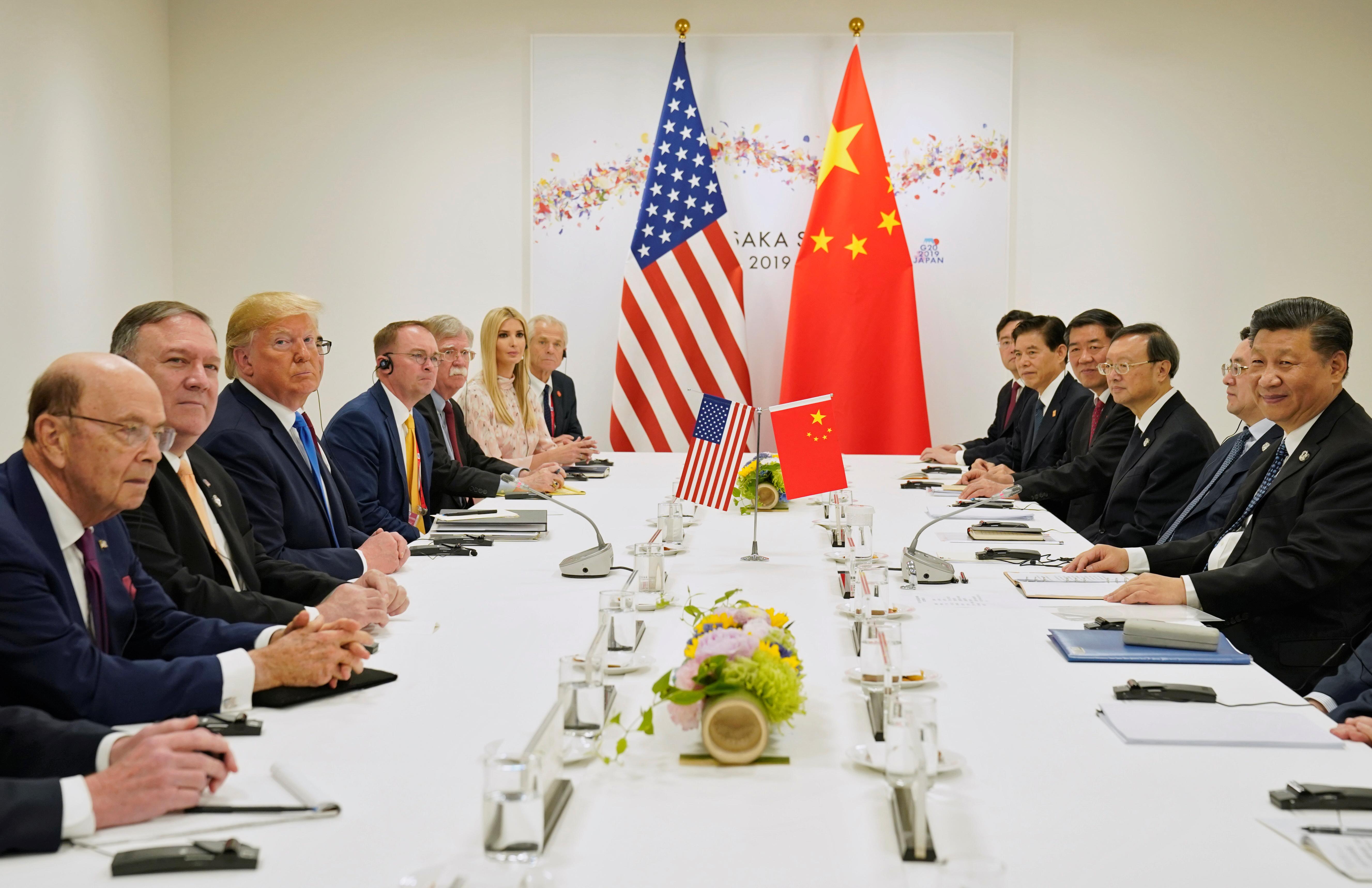 China’s position as the trade war has progressed has become increasingly strident, saying it would not be bullied, would not give in to pressure, and that it would “fight to the end”.

Taoran Notes, an influential WeChat account run by China’s Economic Daily, said the United States was now aware that China was not going to give in, and that tariffs on Chinese goods were increasingly unpopular back home.