WASHINGTON/BEIJING (Reuters) – China condemned the United States on Wednesday as the Trump administration pushed ahead with plans to slap tariffs on about $50 billion of Chinese industrial and hi-tech products, and vowed imminent countermeasures in the escalating trade dispute.

The U.S. government hours earlier unveiled a detailed breakdown of some 1,300 Chinese industrial, transport and medical goods that could be subject to 25 percent duties, ranging from light-emitting diodes to chemicals and machine parts.

China’s Commerce Ministry said in a statement that it “will soon take measures of equal intensity and scale against U.S. goods”, and Beijing’s ambassador to the World Trade Organization, Zhang Xiangchen, urged members to “join with China in firmly resisting U.S. protectionism”.

The ministry did not reveal any specific countermeasures, but economists widely view imports of U.S. soybeans, aircraft and machinery as prime targets for retaliation.

The trade showdown between the world’s largest economies has fueled market fears that they could spiral into a trade war, crushing global growth.

The sense of uncertainty persisted on Wednesday, with MSCI’s broadest index of Asia-Pacific shares outside Japan flickering between positive and negative territory, though Chinese shares rose on hopes that final measures will be watered down after negotiations.

The tariff list from the office of U.S. Trade Representative Robert Lighthizer followed China’s imposition of tariffs on $3 billion worth of U.S. fruits, nuts, pork and wine to protest new U.S. steel and aluminum tariffs imposed last month by Trump.

Publication of the list starts a public comment and consultation period expected to last around two months.

Many consumer electronics products such as cellphones made by Apple Inc. and laptops made by Dell were excluded, as were footwear and clothing, drawing a sigh of relief from retailers who had feared higher costs for American consumers.

A U.S. industry source said the list was somewhat unexpected in that it largely exempts major consumer grade technology products, one of China’s major export categories to the United States.

“The tech industry will feel like overall it dodged a bullet,” the source said, but added that traditional industrial goods manufacturers, along with pharmaceuticals and medical device firms could suffer.

Many U.S. business groups support Trump’s efforts to stop the theft of U.S. intellectual property, but have questioned whether tariffs are the right approach. They warn that disruption to supply chains that rely on Chinese components will ultimately raise costs for consumers.

“Tariffs are one proposed response, but they are likely to create new challenges in the form of significant added costs for manufacturers and American consumers,” National Association of Manufacturers President Jay Timmons said in a statement.

USTR developed the tariff targets using a computer algorithm designed to choose products that would inflict maximum pain on Chinese exporters, but limit the damage to U.S. consumers.

FILE PHOTO: LED lights are on display inside a booth at the Canton Fair in Guangzhou, China October 16, 2017. REUTERS/Venus Wu/File Photo

A USTR official said the list got an initial scrub by removing products identified as likely to cause disruptions to the U.S. economy and those that needed to be excluded for legal reasons.

“The remaining products were ranked according to the likely impact on U.S. consumers, based on available trade data involving alternative country sources for each product,” the official, who spoke on condition of anonymity, told Reuters.

USTR said the tariff list targeted products that benefit from China’s industrial policies, including the “Made in China 2025” program, which aims to replace advanced technology imports with domestic products in strategic industries, such as advanced information technology, robotics, and pharmaceuticals.

Such policies coerce American companies into transferring their technology and intellectual property to Chinese enterprises and “bolster China’s stated intention of seizing economic leadership in advanced technology as set forth in its industrial plans”, USTR said.

Many products in those segments appear on the list, including antibiotics and industrial robots and aircraft parts.

USTR did include some key consumer products from China, including flat-panel television sets and motor vehicles, both electric and gasoline-powered with engines of 3 liters or less.

Among vehicles likely to be hit with tariffs is General Motors Co’s Buick Envision sport-utility vehicle, which is assembled in China and sold in the United States. Volvo, owned by China’s Geely Motors, also exports Chinese-built vehicles to the United States.

More than 200 products on the list saw no U.S. imports last year, including large aircraft and communication satellites, while some categories were highly unlikely to ever be imported, such as China-made “mortars” and “grenade launchers”. 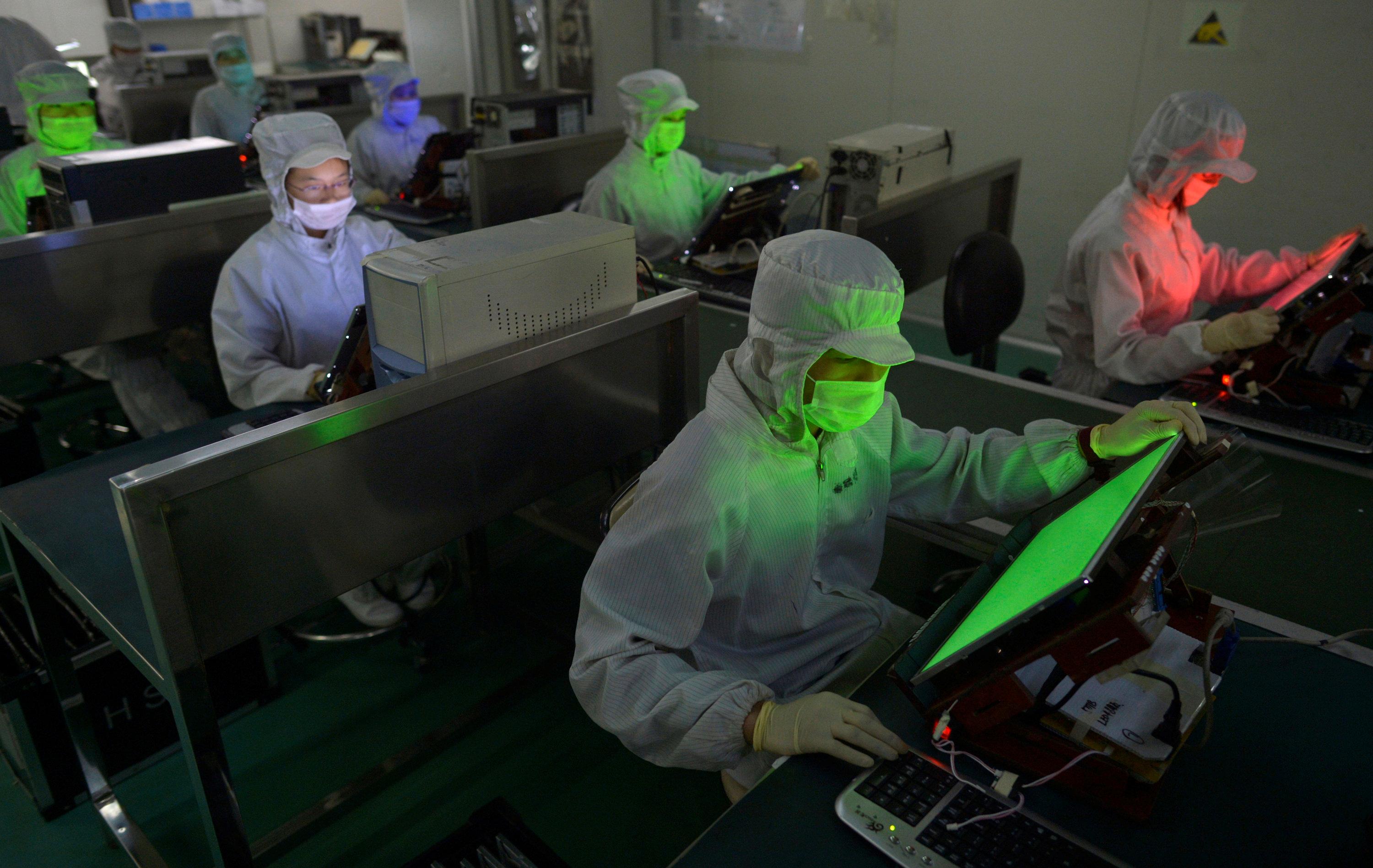 USTR has scheduled a May 15 public hearing on the tariffs, which were announced as the result of an investigation under Section 301 of the 1974 U.S. Trade Act.

China ran a $375 billion goods trade surplus with the United States in 2017, a figure that Trump has demanded be cut by $100 billion.

In a break from its usual rhetoric, the Chinese Commerce Ministry’s statement did not call for talks to resolve trade differences.