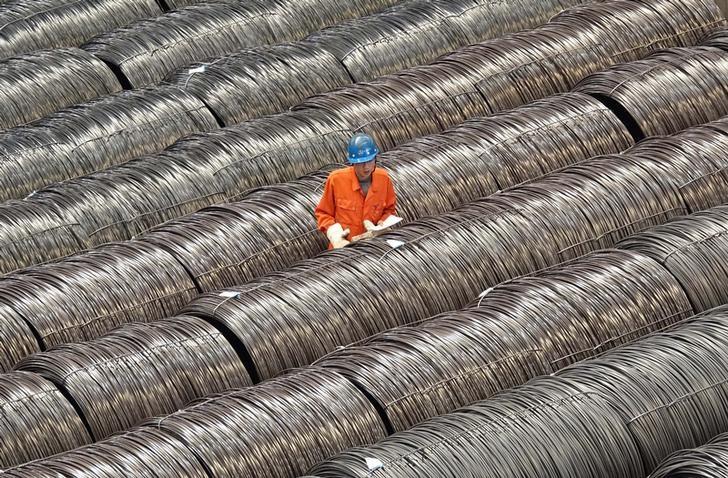 BEIJING/SHANGHAI (Reuters) – China urged the United States on Friday to “pull back from the brink” as President Donald Trump’s plans for tariffs on up to $60 billion in Chinese goods brought the world’s two largest economies closer to a trade war.

Trump is planning to impose the tariffs over what his administration says is misappropriation of U.S. intellectual property. A probe was launched last year under Section 301 of the 1974 U.S. Trade Act.

“China doesn’t hope to be in a trade war, but is not afraid of engaging in one,” the Chinese commerce ministry said in a statement on Friday.

“China hopes the United States will pull back from the brink, make prudent decisions, and avoid dragging bilateral trade relations to a dangerous place.”

In a presidential memorandum signed by Trump on Thursday, there will be a 30-day consultation period that only starts once a list of Chinese goods is published.

Trump said he views the Chinese as “a friend”, and both sides are in the midst of negotiations.

The prospect of a full-blown trade war between the United States and China has sent shivers through economies supplying them, as a fall in demand would be inescapable.

Alarm mounted earlier this month after Trump imposed hefty import tariffs on steel and aluminum this month under Section 232 of the 1962 U.S. Trade Expansion Act, which allows safeguards based on “national security”, though that measure had not just targeted Chinese imports.

In a separate statement, the Chinese commerce ministry unveiled plans to levy duties on up to $3 billion of U.S. imports in response to the steel and aluminum tariffs, which will go into effect on Friday.

China was considering levying an additional 15 percent tariff on U.S. products including dried fruit, wine and steel pipes and an extra 25 percent duty on pork products and recycled aluminum.

China has assembled a list of 128 U.S. products in total that could be targeted if the two countries are unable to reach an agreement on trade issues, the ministry said.

The commerce ministry said China would implement the measures in two stages: first the 15 percent tariff on 120 products including steel pipes and wine worth $977 million, and later, the higher 25 percent tariff on $1.99 billion of pork and aluminum.

“We intend to impose tariffs on certain U.S. imports to balance out the losses caused to Chinese interests by the U.S. tariffs on imported steel and aluminum,” the ministry said.

The ministry added it would take legal action under the framework of the World Trade Organization to maintain the stability of global trading rules. It added, however, it hoped it could resolve issues with the U.S. through dialogue.