Coming after a string of weak IPO debuts in Hong Kong, China Tower’s performance could impact upcoming listings such as Sinochem Energy. It may also weigh on the city’s attempts to sustain its record fundraising from stock floats.

Shares of China Tower, the world’s largest mobile telecommunications tower operator, were trading at HK$1.27 in early trade, compared with the IPO price of HK$1.26.

It priced its IPO last week at the bottom of an indicative range, raising US$6.9bn in the world’s biggest listing since Postal Savings Bank of China’s US$7.6bn Hong Kong float in 2016.

But the benchmark Hang Seng Index has dropped 15.6% from its January peak amid Sino-US trade tensions, and several recent listings, such as that of Chinese smartphone maker Xiaomi Corp, have struggled to maintain their IPO prices.

China Tower operates 1.9 million tower sites and had 2.8 million tenants at the end of June, its IPO prospectus showed. The company was formed in 2014 from the tower operations of China’s three state-backed telecoms providers – China Mobile, China Telecom and China Unicom – to reduce duplication. 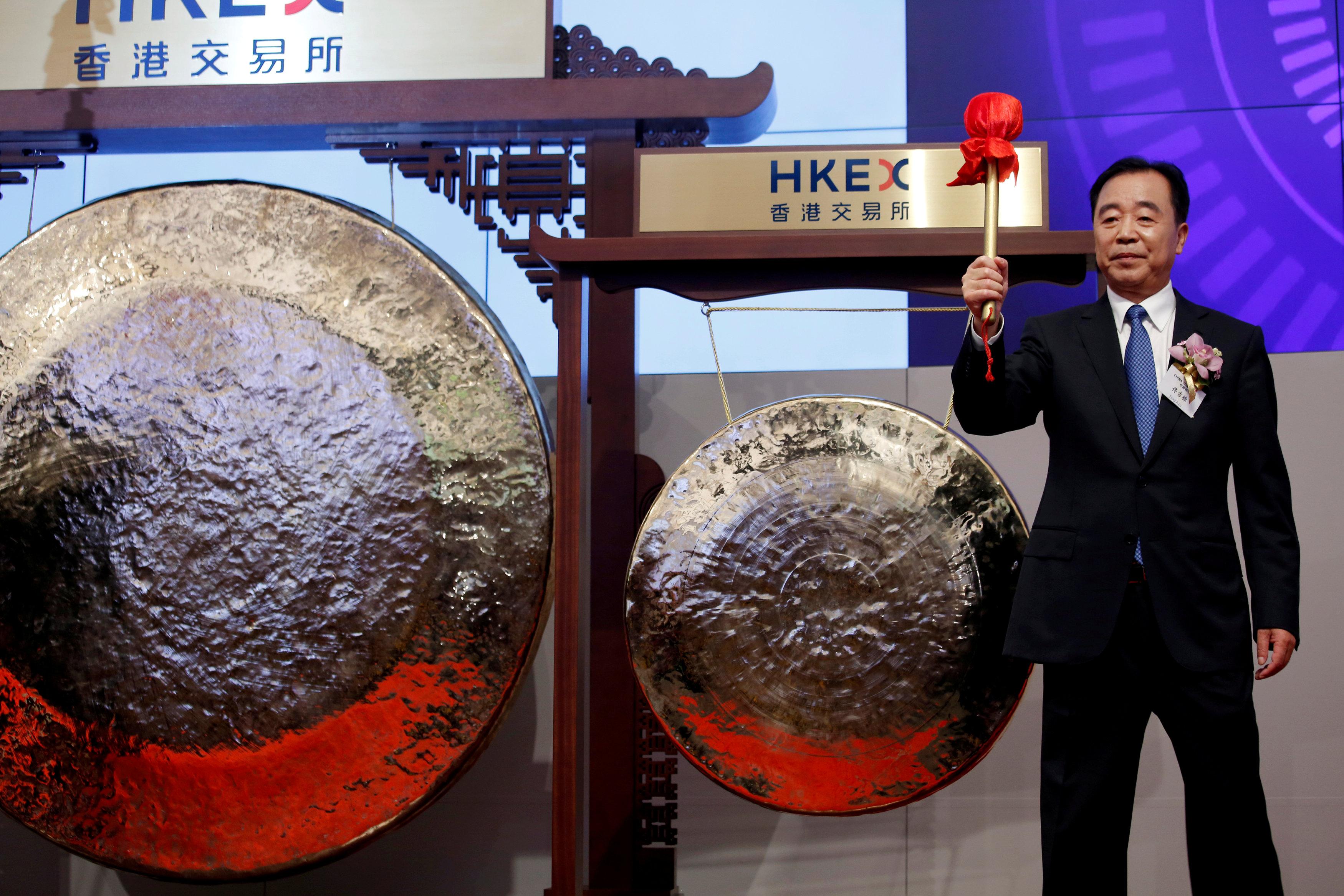 Its operating revenue in 2017 rose nearly 23% to Rmb68.7bn, while profit rose more than 25 times to Rmb1.9bn. Its three telecoms shareholders contributed almost all its revenue last year.

Sinochem Energy, a unit of state-owned Sinochem Group, has filed for a US$2bn Hong Kong IPO as the group seeks to raise capital for a shift to higher-value businesses.

Also debuting on Wednesday was Nasdaq-listed BeiGene, the second firm to float under Hong Kong’s new rules for biotechs. Shares in the firm, which raised US$903m after pricing its shares at HK$108 each, slipped to HK$107 in early trade. Under rules introduced earlier this year, biotech firms without revenue or profit can apply to list. Ascletis Pharma, a maker of anti-viral and cancer drugs, last week became this first to list under the new regime, but has seen its shares fall 16.1% below their IPO price.