SOFIA (Reuters) – China will stick to the path of opening its markets and other reforms that has lifted its growth, Premier Li Keqiang said on Saturday, a day after the Washington and Beijing slapped tariffs on $34 billion worth of each others’ imports.

Chinese Premier Li Keqiang speaks during the 7th Summit of Heads of Government of CEEC and China in Sofia, Bulgaria, July 7, 2018. REUTERS/Stoyan Nenov

China will open its door wider to foreign products as free trade needs to be firmly upheld to ensure sustained global economic growth, Li told a summit of eastern European leaders in Sofia.

“For foreign products which meet Chinese consumer needs, we would open the door wider… We would lower overall import tariffs to the Chinese market,” he said through an interpreter, without going into details. 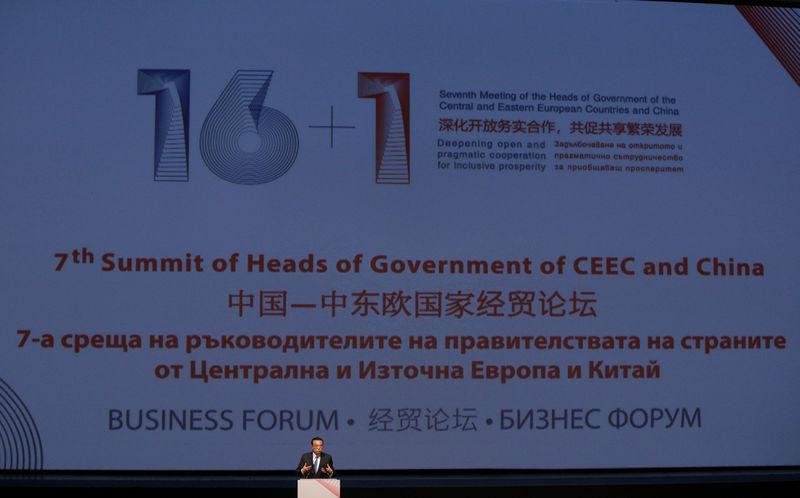 Li said economic reform had played a critical role in China’s growth, and that the fundamentals underpinning it remained unchanged.

“Opening up has been a key driver of China’s reform agenda so we will continue to open wider to the world, including widening market access for foreign investors,” he said.

Beijing earlier accused Washington of triggering the “largest-scale trade war”. U.S. duties on a range of Chinese imported goods took effect on Friday and were immediately countered by measures from China.

Neither side gave any sign of willingness to start talks aimed at a reaching a truce, though Li said on Friday that a trade war was never a solution and no one would gain from it.

He spoke on Saturday to central and eastern European leaders at an annual “16+1” gathering aimed a boosting business ties and investments.