BEIJING/WASHINGTON (Reuters) – China would win any trade war with the United States, the country’s state media said on Thursday, as U.S. officials sought to ease market jitters over escalating tensions between the world’s two biggest economies.

Sports utility vehicles (SUVs) waiting to be exported are seen at a port in Lianyungang, Jiangsu province, China April 5, 2018. REUTERS/Stringer

After Washington and Beijing targeted each other with planned steep tariffs, Chinese state media declared that the country never surrendered to external pressure and would prevail in any tit-for-tat on trade.

In Washington, U.S. officials publicly encouraged negotiations as a way to ease or avert punishing tariffs and get the two countries off a trade war footing.

The dispute has roiled global markets but world stocks edged higher on Thursday as investors responded to signs of an easing of trade tensions by dipping back into riskier assets. Shares rebounded on Wall Street on Wednesday as U.S. officials talked of negotiations and were up again on Thursday, including in companies such as Boeing(BA.N) and Caterpillar(CAT.N) that would be hit hard by the Chinese measures.

“As part of this deal – and I think we are going to get a deal over a period of time – yes, I think these barriers will come down on both sides,” Larry Kudlow, director of the White House National Economic Council, told reporters on Thursday.

U.S. President Donald Trump understands that economies do better when trade barriers are reduced rather than raised, Kudlow said, and that tit-for-tat tariffs don’t work for the economy in the long term.

“It’s all part of the, you know, fairly delicate, broad-based negotiation that’s long overdue if it fixes things, it could have a great ending,” Kudlow said.

On Wednesday, China’s ambassador to the United States, Cui Tiankai, told reporters in Washington that Beijing preferred to resolve the trade dispute through negotiations, but China’s official mouthpieces took a tougher stance.

“Within 24 hours of the U.S. publishing its list, China drew its sword, and with the same strength and to the same scale, counterattacked quickly, fiercely and with determination,” the paper said in a commentary on Thursday.

“The confidence to know that [China] will win the trade war comes from the scale of [China’s] consumer market,” the paper said, noting that China’s market potential is incomparable to other economies.

Many American consumer product and industrial companies see the Chinese market as a big source for future growth given the continued rise in the number of people joining both the middle class and the wealthier levels of Chinese society. 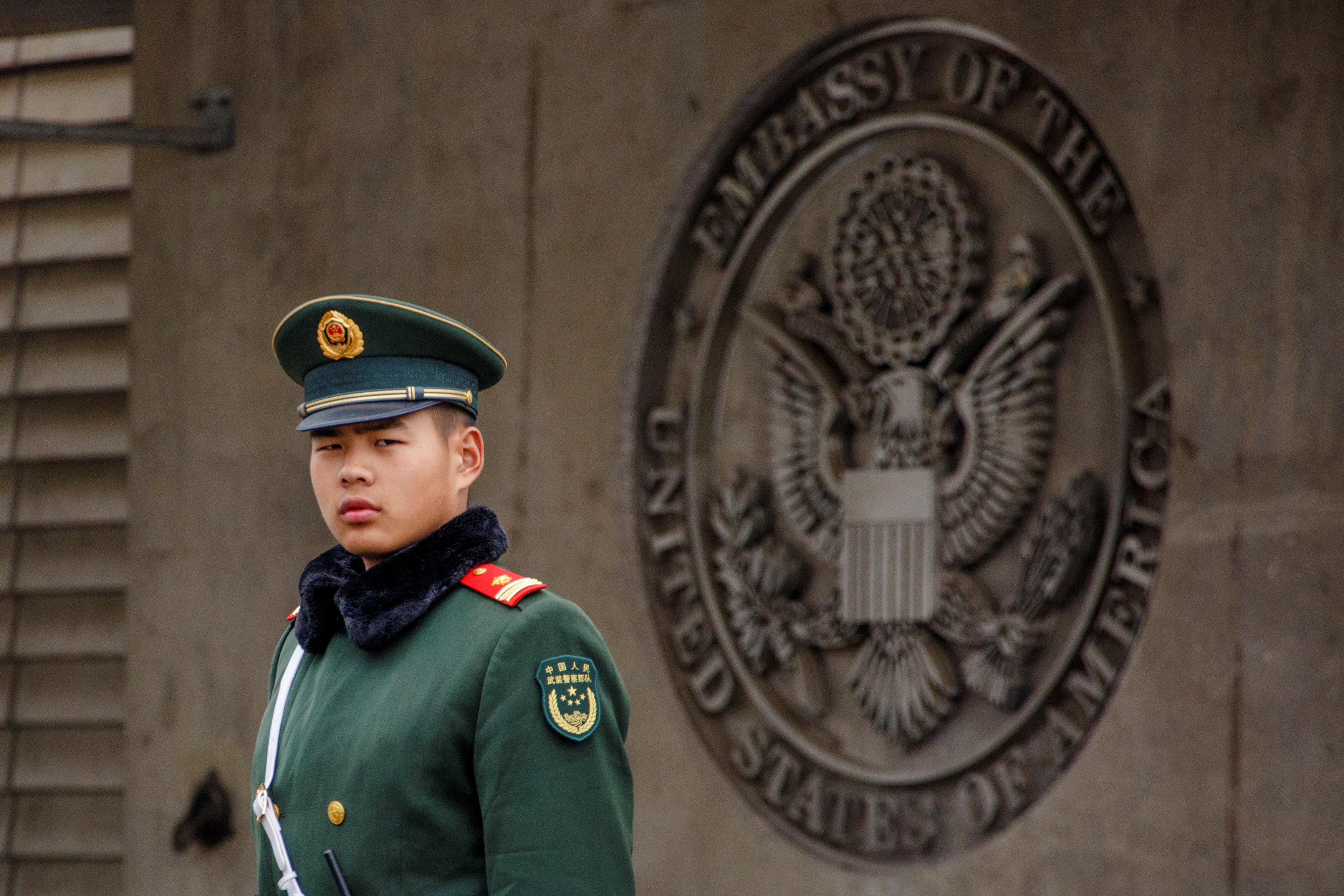 The United States’ proposed list of $50 billion in duties on Chinese goods is aimed at forcing Beijing to address what Washington says is deeply entrenched theft of U.S. intellectual property and forced technology transfer from American companies.

The official Xinhua news agency said late on Wednesday that the U.S. tariffs proposal would cost the United States “dearly.”

“China will not be afraid or back down if a trade war is unavoidable. The country has never surrendered to external pressure, and it will not surrender this time either,” Xinhua said.

Some of Trump’s fellow Republicans in Congress have worried that the tariffs will hurt states that export farm products. White House trade adviser Peter Navarro said the Trump administration would help American farmers who could take an economic hit in the trade moves.

“We have the backs of farmers in this administration,” Navarro told CNBC in an interview.

Neither of the tariff lists issued by the two countries have gone into effect yet. Washington will hold public comment period expected to last around two months, and Chinese officials have said its implementation will depend on U.S. action.

Shortly after Washington issued its list, China’s ambassador to the World Trade Organization urged all of the trade body’s members to join with China to counter U.S. trade abuses.

“China’s counter tariffs are a spectacular way of standing up to America’s bullying tactics, not only for itself, but for other countries threatened by the United States’ new trade policies,” the nationalist Global Times said in an editorial on Thursday.

China’s commerce ministry said on Thursday it has initiated a WTO dispute resolution procedure over U.S. tariffs on its imports of steel and aluminum. The U.S. measures were not for maintaining national security, as Washington has said, but rather were in aid of trade protectionism, the ministry said.

Beijing says Washington is the aggressor and is spurring global protectionism. However, China’s trading partners have complained for years that it abuses WTO rules, and practices unfair industrial policies at home that lock foreign companies out of crucial sectors with the intent of creating domestic champions.

China has repeatedly said it will open up sectors such as financial services, including promises to the Trump administration last year that it would give “full and prompt market access” to U.S. payment network operators.

But despite a 2012 WTO ruling that China was discriminating against foreign payment card companies, no U.S. firm has yet been granted a license.

Trump has said in speeches that the United States will no longer let China take advantage of it on trade, and bipartisan support has been steadily building in Washington to address what are seen as Chinese abuses.

Washington’s 1,300-product long list was focused on Chinese industrial technology, transport and medical products and tailored to do the least damage to American consumers.

China appeared to seek to inflict political costs on Trump by striking at signature U.S. exports, including soybeans, frozen beef, cotton and other agricultural commodities produced in states from Iowa to Texas that voted for him in the 2016 presidential election.