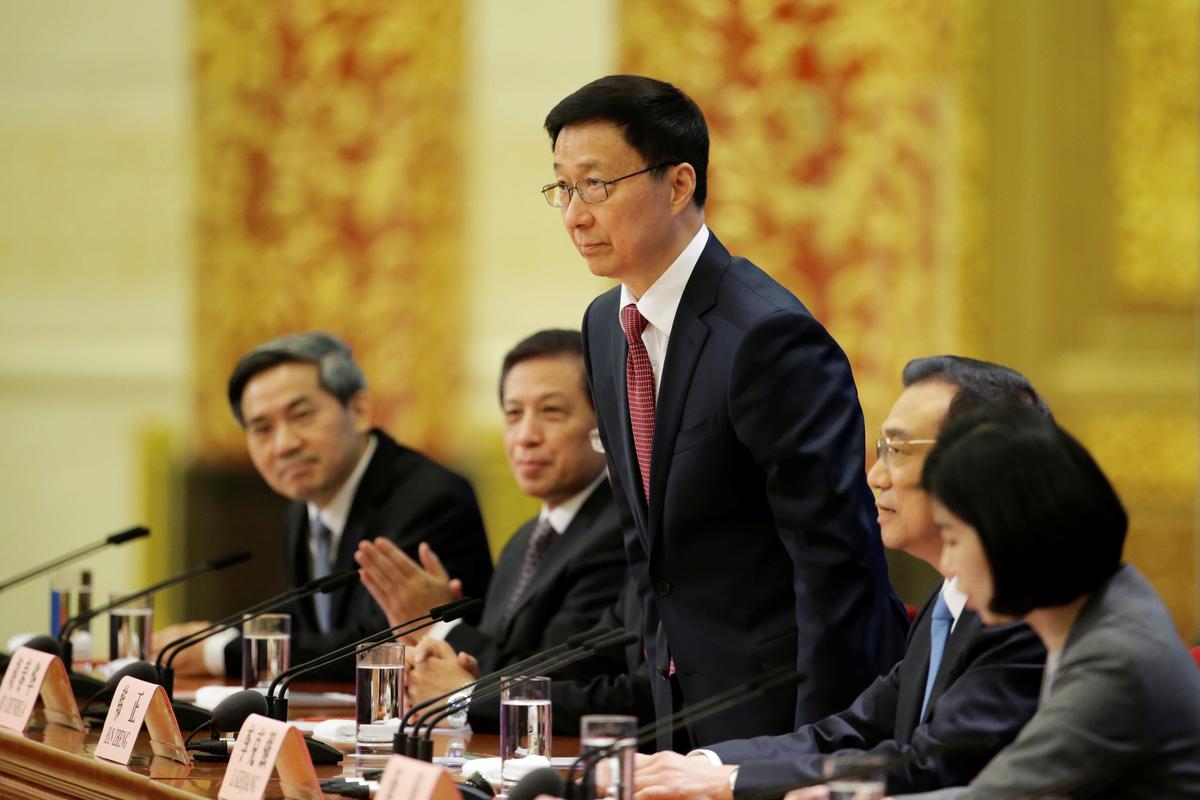 BEIJING (Reuters) – China pledged on Sunday to press ahead with market opening and reforms while reiterating that it will treat domestic and foreign firms equally and protect intellectual property rights.

The pledge on reform and equal treatment came from Vice Premier Han Zheng, at a time there are increasing prospects of a trade war with the United States.

Han, making his first speech since being named executive vice premier earlier this month, told the China Development Forum in Beijing that China needs to “open even wider to the outside world,” and would do so via its Belt and Road Initiative.

Also at the forum, He Lifeng, chairman of the National Development and Reform Commission (NDRC), said China “will deepen supply-side structural reforms and work hard to eliminate ineffective supply”.

China will also promote international capacity cooperation as part of its Belt and Road Initiative, which Beijing considers to be a modern-day ‘silk road’, and widen access to the Chinese market, including the financial, telecom and education sectors, He said.

It will also “give equal protection to property rights of all ownership types by law,” and strengthen protection of intellectual property rights, said He, adding that China would better integrate its financial sector and real economy.

John Frisbie, president of the U.S.-China Business Council told Reuters China “has been promising market-opening measures and protection of intellectual property for some time, but what the U.S. business community is waiting for is action.”

The United States launched a complaint against China at the World Trade Organization on Friday, part of a package of trade measures announced by President Donald Trump on Thursday over China’s alleged theft of U.S. intellectual property..

China’s Ministry of Commerce said on Friday it opposed U.S. unilateralism and protectionism after Washington unveiled plans for tariffs on up to $60 billion in Chinese goods following an intellectual property probe.

Tim Cook, chief executive of Apple (AAPL.O), who is co-chairing the forum, told the meeting the business community “has always supported the idea that open markets foster new ideas and allow entrepreneurship to thrive.”

“The strongest companies and economies are those that are open – those that thrive on diversity of people and ideas,” said Cook, who on Saturday called for “calm heads” in the brewing U.S.-China trade dispute.