BOAO/BEIJING, China (Reuters) – China stepped up its attacks on the Trump administration on Monday over billions of dollars worth of threatened tariffs, saying Washington is to blame for trade frictions and repeating it was impossible to negotiate under “current circumstances”.

A worker works at a furnace at a steel plant of Dalian Special Steel Co Ltd in Dalian, Liaoning province, China April 8, 2018. REUTERS/Stringer

The comments come after U.S. President Donald Trump on Sunday predicted China would take down its trade barriers, and expressed optimism that both sides could resolve the issue through talks.

Chinese state researchers and media talked down the likely impact of U.S. trade measures on the world’s second largest economy and described the Trump administration’s posturing on trade as the product of an “anxiety disorder”.

“Under the current circumstances, both sides even more cannot have talks on these issues,” Foreign Ministry spokesman Geng Shuang told reporters at a regular news briefing.

“The United States with one hand wields the threat of sanctions, and at the same time says they are willing to talk. I’m not sure who the United States is putting on this act for,” Geng said.

The trade frictions were “entirely at the provocation of the United States”, he added.

Beijing did not want to fight a trade war, but was not afraid of one, Vice Commerce Minister Qian Keming said at the Boao Forum for Asia in the southern province of Hainan.

The focus this week will be on the forum, with President Xi Jinping and International Monetary Fund Managing Director Christine Lagarde delivering speeches on Tuesday.

The U.S. move last week to threaten China with tariffs on $50 billion in Chinese goods was aimed at forcing Beijing to address what Washington says is deeply entrenched theft of U.S. intellectual property and forced technology transfers from U.S. companies.

Beijing claims that Washington is the aggressor and is spurring global protectionism, though China’s trading partners have complained for years that it abuses World Trade Organization rules and practices unfair industrial policies that lock foreign companies out of crucial sectors with the intent of creating domestic champions.

After repeated pledges by Beijing to open up sectors such as financial services have yielded little substantial progress, Trump has said that the United States will no longer let China take advantage of it on trade.

On Monday morning in Washington Trump tweeted that China puts 25 percent tariffs on cars imported from the United States, while cars it imports from China face 2.5 percent duties.

A worker checks aluminium rolls at a warehouse inside an industrial park in Binzhou, Shandong province, China April 7, 2018. China Daily via REUTERS

“China’s reaction to Mr. Trump’s legitimate defense of the American homeland has been a Great Wall of denial — despite incontrovertible evidence of Beijing’s illicit and protectionist behaviors,” White House trade advisor Peter Navarro said in a commentary in the Financial Times on Monday.

“Nothing less than the U.S.’s economic future is at risk from China’s assault on American technology and IP, and its mercantilist bid to capture emerging high-tech industries,” he said.

Chinese officials deny such charges, and responded within hours of Trump’s announcement of tariffs with their own proposed commensurate duties. The move prompted Trump to threaten tariffs on an additional $100 billion in Chinese goods.

None of the latest measures have yet gone into effect, offering some hope for compromise and a watering down of the proposals even as both sides’ rhetoric grows more strident.

China’s ambassador to the United States Cui Tiankai said in an interview in China’s Securities Daily newspaper that the United States should “adopt a more responsible attitude” on trade or it would harm itself with its own policies.

“Some people in the United States are still accustomed to being the world leader, and haven’t adapted to the change in the global situation,” Cui said.

The Chinese Communist Party’s official newspaper, the People’s Daily, described U.S. trade policies as a populist tilt by Trump ahead of the U.S. mid-term elections, but that the steps would ultimately end up hurting U.S. consumers through higher prices.

“In the world’s perception, the U.S. is overshadowed by an anxiety disorder and is very keen to show its anxiety,” the paper said. 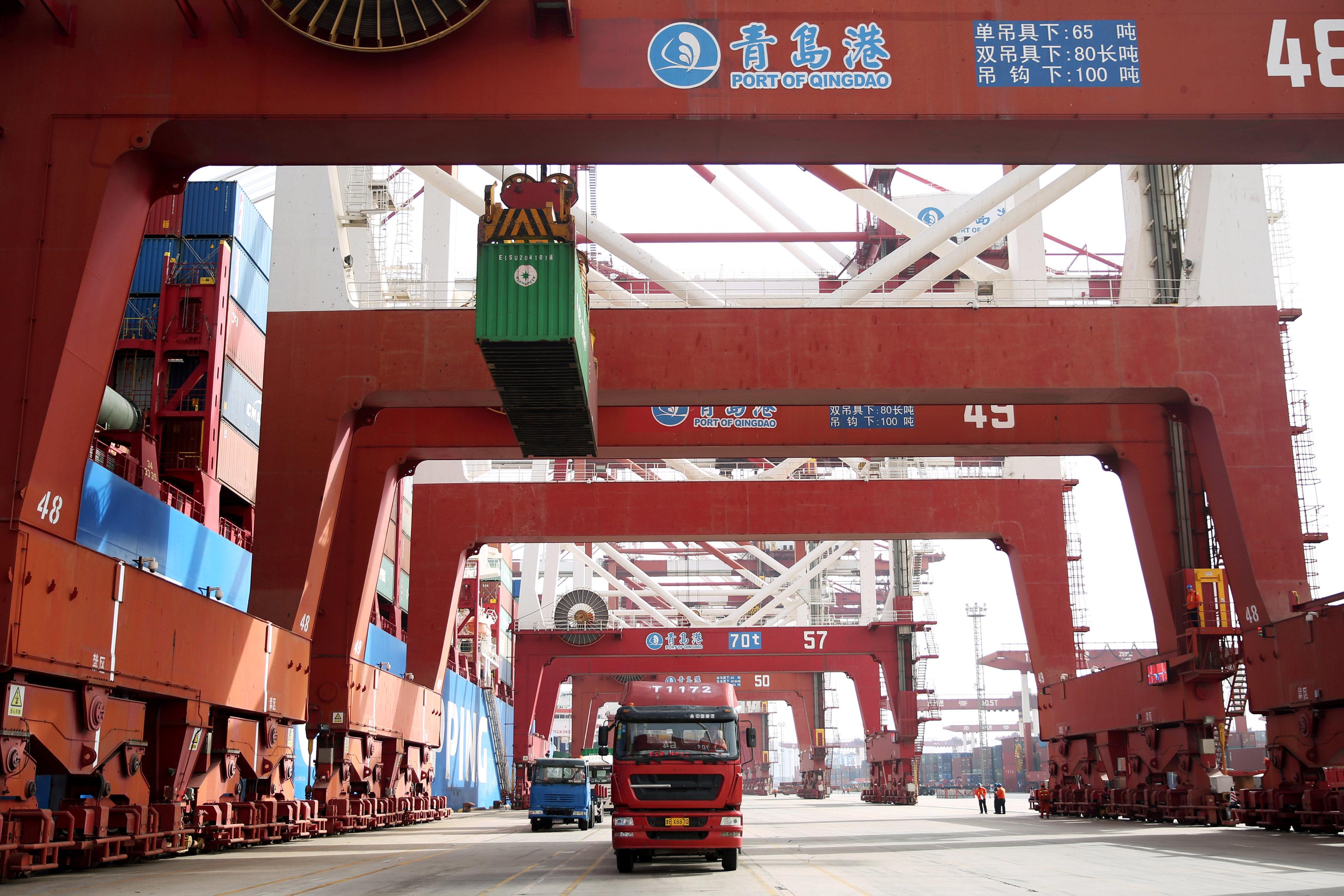 “IMPACT WILL BE LIMITED”

A researcher with China’s state planning agency said China’s economy will see little impact from the dispute, as its vast domestic market can compensate for any external impact.

Even with the U.S. tariffs, China can still reach its 2018 GDP growth target of around 6.5 percent and the impact on employment will be limited, Wang Changlin, a researcher at the National Development and Reform Commission (NDRC), wrote in a post on the commission’s official microblog account.

Fan Gang, an influential economist and adviser to China’s central bank, on Sunday flagged the possibility of a U.S. trade war as the U.S. economy faces pressure from China’s rapid development.

Discussion of the trade dispute also touched on the possibility of China leveraging its massive holdings of U.S. government debt, which has been dubbed the “nuclear option”.

Zhang Yuyan, a researcher at the Chinese Academy of Social Sciences, a government think-tank, said China was unlikely to sell off its holdings of U.S. Treasuries as a tactic in the trade dispute.

“On whether China will reduce its foreign exchange reserves, how policymakers think, I don’t know. I personally believe this possibility is very small,” Zhang said on Sunday in Boao.

China is evaluating the potential impact of a gradual yuan depreciation as a tool in the trade dispute, Bloomberg News reported on Monday, citing people familiar with the matter, though it said the analysis doesn’t mean officials will carry out the move.

The yuan has been nearly unchanged against the dollar over the last month as the trade dispute heated up and has appreciated about 3 percent so far this year.[CNY/]