CLAYTON, N.C. (Reuters) – Six months into the U.S. tariffs on imported aluminum and steel, Caterpillar Inc (CAT.N) is finding that one of the best ways it can protect profits is a cost cutting strategy that is more than two years old.

At this sprawling factory in central North Carolina where it makes small front-end loaders, the company laid off workers in 2016 in response to plunging sales, consolidating two shifts into one under a program it calls the Operation & Execution Model.

Even though demand has picked up since then, its Clayton plant still runs a single shift and operates only four days a week. One third of the facility’s 550 employees are on flexible contracts.

The result: CAT is producing more loaders here with 30 percent fewer people on the factory floor than in the past, the company told Reuters.

It has redesigned all new machines it makes with over 20 percent fewer parts, cutting back on the consumption of steel which brings down the cost, Tony Fassino, vice president at Caterpillar’s building construction products, said after a factory tour in Clayton.

The heavy-duty equipment maker estimates the import tariffs will inflate its raw materials costs by up to $200 million between July and December, though it does not provide a forecast for manufacturing costs in 2018. Caterpillar has said it would offset the impact through a price increase that went into effect on July 1 and general cost cutting measures, helping it post a record profit for all of 2018.

Caterpillar’s increasing emphasis on operating efficiency has proven timely, helping to bring down the cost of production at a time when material expenses are mounting on Trump’s import curbs, and capacity constraints are driving up freight costs.

An internal calculation provided to Reuters, previously unreported, shows that the measures have accounted for half of the improvements in the profit margins since 2015 at the company’s construction industries division. Since January 2017, the efficiency model has been rolled out across the company, but CAT would not disclose more details.

CAT, Deere & Co (DE.N) and Harley-Davidson Inc (HOG.N) are among the many manufacturers trying to keep a lid on expenses to cope with a 30 percent rise in U.S. steel prices since the start of 2018.

Those rising costs, along with a tit-for-tat tariff war with China, have clouded the earnings outlook for industrial companies, dragging down their shares.

Despite a recent rally this month, Caterpillar shares are down about 9 percent from their late-January levels, compared with a 0.4 percent decline in S&P 500 industrials index .SPLRCI, showing investors have yet to fully reward the company for its industry-best efficiency results when it comes to operating margins and return on net operating assets. 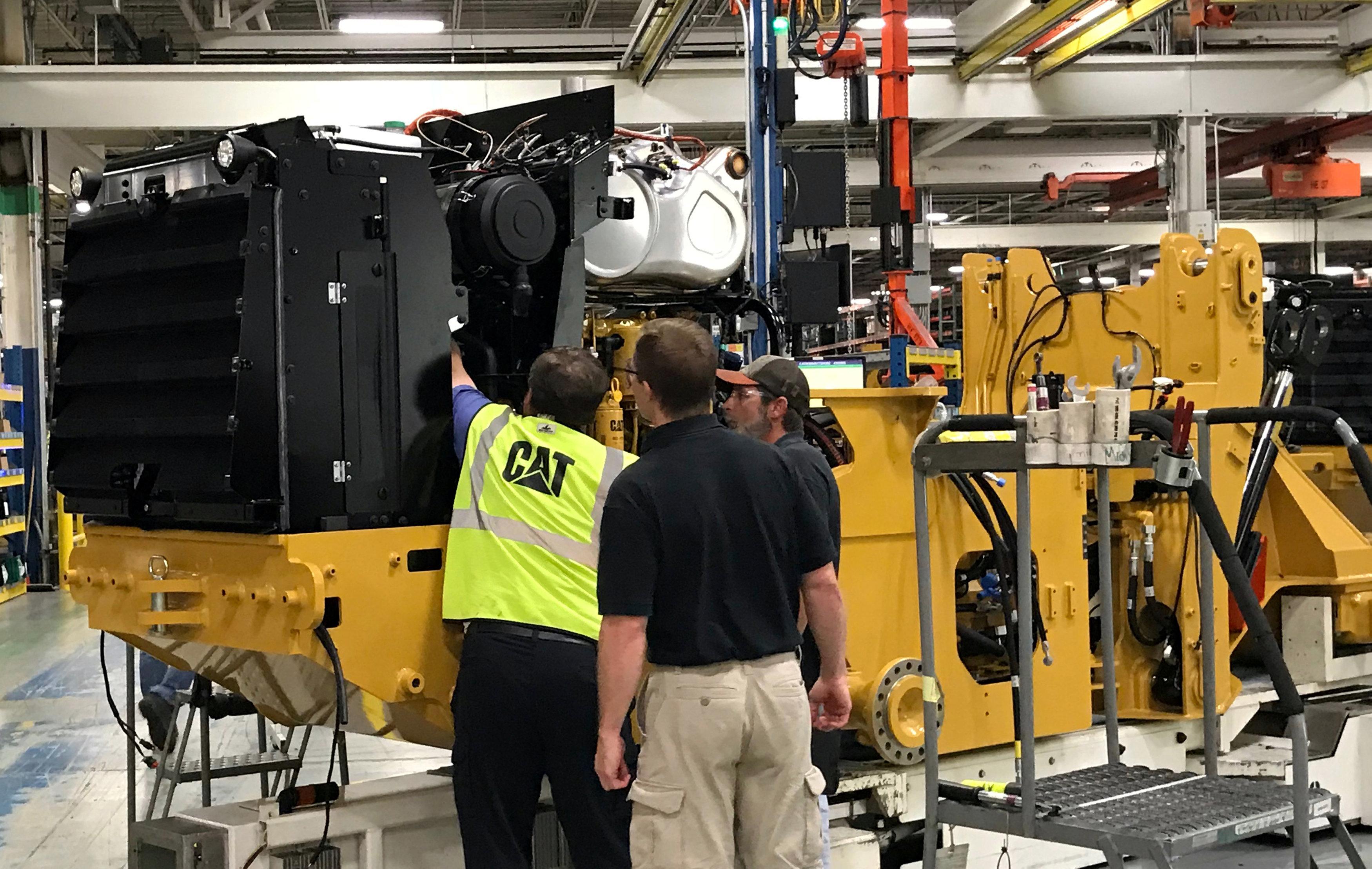 Steve Volkmann, a machinery analyst at Jefferies, attributes the stock’s underperformance to concerns that the company’s greater exposure to foreign markets and a sizeable presence in China make it more vulnerable to escalating trade wars.

“It is disappointing that they can’t get paid for good quarters these days,” he said, referring to the company’s strong earnings in the last quarter.

While overseas markets do account for more than half of Caterpillar’s sales, the company has an evenly spread manufacturing footprint across the globe, which Volkmann and other analysts say make it better placed to deal with the tariffs.

The company has also tried to put at rest worries about its operations in China, saying the trade tensions have not impacted its business there.

As part of its cost cutting effort, CAT business heads have been mandated to reduce the overall manufacturing cost of every new product by at least 5 percent, one Caterpillar company executive told Reuters. This entails cost cuts by suppliers as well.

Donaldson Company Inc (DCI.N) – which makes filters for CAT’s machines – told Reuters that it tries lower the cost of production every year through material substitution or automation or efficiency gains. Cuts in travel and entertainment budgets helped the company improve operating income by 40 basis points in the latest quarter.

CAT’s Operation and Execution effort affects both production strategy decisions and small details of every operation.

For example, it does not make smaller front-wheel loaders in the United States even though their sales in North America are growing. Instead, semi-finished machines are shipped in from overseas factories to the Clayton facility, where tires and buckets are installed, Fassino said.

This not only allows better utilization of the company’s factories, but also provides flexibility to tailor the machines to the requirements of local customers.

Similarly, CAT has been managing freight contracts for deliveries across North America since 2016. Apart from improving the predictability of deliveries, and reducing insurance and damage claims, the contracts are letting Caterpillar leverage its scale and volume to moderate transportation costs in its supply chain.

At the Clayton plant, the company’s focus on lean manufacturing, efficiency and flexible cost is on full display.

Parts are put in a sequential order in stand-up bag carts next to the assembly line so that assemblers do not have to spend time looking for them.

Suppliers have been instructed to pack the parts in the same way. In case the parts do not arrive in the required order, workers in the factory warehouse are required to unpack and rearrange the parts before they reach the factory floor.

Automation is increasingly being used to test machines. Components and parts are moved on tugger trains instead of by fork lifts to save time and cost.

“Save one minute here and save five minutes there. Add all that up, you have two shifts to one shift,” said Caterpillar’s Fassino.