Finance Minister Bill Morneau said purchasing the pipeline was the only way to ensure that a planned expansion could proceed. The pipeline, running from Edmonton, Alberta, with its nearby oil sands, to Burnaby, British Columbia, would allow Canadian crude to gain greater access to foreign markets and higher prices.

Kinder Morgan Canada gave Ottawa until May 31 to come up with reassurances it could press ahead with plans to more than double the capacity of the existing pipeline amid efforts by the province of British Columbia to block construction.

“When we are faced with an exceptional situation that puts jobs at risk, that puts our international reputation on the line, our government is prepared to take action,” Morneau told reporters.

He said the pipeline purchase provided the federal jurisdiction needed to overcome British Columbia’s opposition, but did not say how it could force the province to allow construction.

Although Ottawa has taken stakes in struggling energy projects, Tuesday’s announcement marked the first time Ottawa has bought an entire pipeline. It does not intend to own the project for long.

The move drew immediate criticism from both sides of the political spectrum, and could hurt Prime Minister Justin Trudeau’s popularity in the key British Columbia battleground in a 2019 federal election.

The government will also offer federal loan guarantees to ensure construction of the expansion continues through the 2018 season as part of the deal with the company, a unit of Houston-based Kinder Morgan Inc (KMI.N).

Morneau sidestepped questions about how Ottawa will deal with opposition from environmentalists and aboriginal groups, who cite the risk of a catastrophic spill. 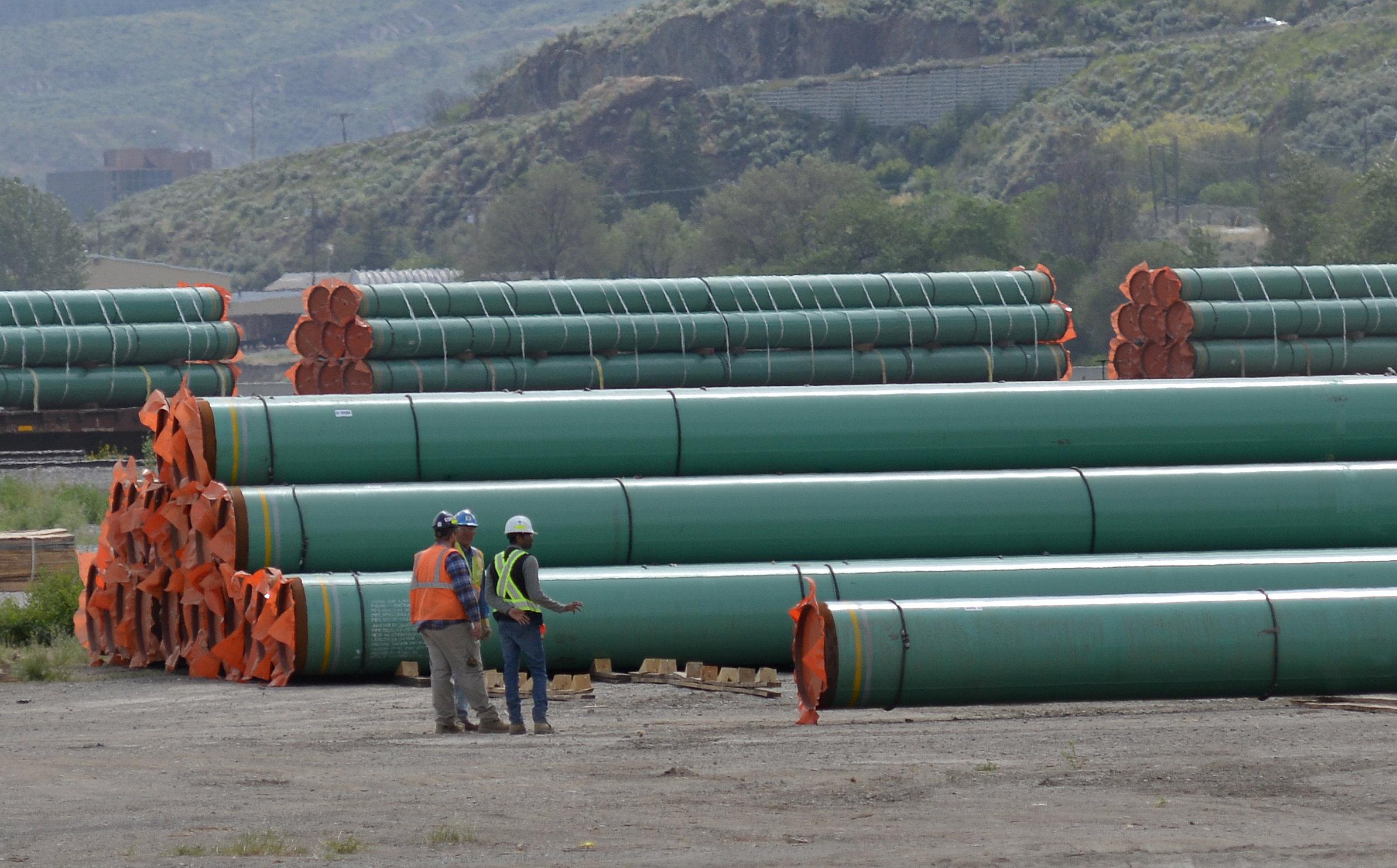 “It’s a mess out there,” said a Calgary industry source not authorized to speak publicly. “Given it will be stuck in court for a while, I don’t think we will see this pipe built anytime soon.”

Morneau said more spending would be needed to complete the expansion, and stressed he felt the project should be returned to the private sector.

Canada’s oil sector has been stung in the past year as foreign energy companies retreated amid concerns about the environmental toll, high production costs and a risky regulatory regime.

Kinder Morgan Canada shares dipped 1.7 percent in Toronto after jumping as much as 8.5 percent. The parent’s stock rose nearly 2 percent in U.S. trading.

“We have agreed to a fair price for our shareholders,” said Steve Kean, chief executive officer of Kinder Morgan Canada and Kinder Morgan Inc (KMI.N).

Kean did not say why he decided to sell rather than absorb the risk of further delays. Kinder Morgan Canada will continue to own the remaining assets, including crude storage, rail terminals and a condensate pipeline, and look to expand, he said.

“I think the transaction is a win-win. It’s actually better for Kinder Morgan than it is for Canada. They are getting a very good value,” said Paul Bloom at Bloom Investments Counsel Inc, which owns about 300,000 shares in Kinder Morgan Canada.

“British Columbia isn’t a part of the deal and while a government buy (out) makes it more likely that the project will go through, it still doesn’t guarantee there won’t be more protests,” he said in an interview.

The fact that the federal government needed to buy Trans Mountain to ensure the project goes ahead does not bode well for the industry, said Chris Bloomer, CEO of the Canadian Energy Pipeline Association.

“We do not believe that this outcome will instill investor confidence in Canada.”

Alberta will contribute up to C$2 billion toward unforeseen costs, payable once the project is complete, Premier Rachel Notley said. The contribution will convert into equity in the pipeline.

“They can’t mess with Alberta,” Notley said of British Columbia’s political opposition, in Edmonton, Alberta. “The investors who are behind this pipeline now will not back off.”

But British Columbia Premier John Horgan said the province will push ahead with its court case to establish its right to restrict increased shipments of crude oil to its coastal waters.

“I remain concerned that the adverse consequences of a spill are not yet fully understood,” Horgan told radio station CKNW.