If Trump proceeds with the tariffs now under consideration based on national security concerns, Mexican duty-free exports of cars and sport-utility vehicles to the United States would be capped at 2.4 million vehicles annually. Volumes above that level would be subject to tariffs, auto industry officials and other sources said.

Canadian Foreign Minister Chrystia Freeland said that Mexico’s “difficult” concessions to the United States on Monday would pave the way for productive talks this week as all three countries race toward a Friday deadline for a deal to modernize the 24-year-old North American Free Trade Agreement.

“These concessions are really going to be important for workers in Canada and the United States,” she told reporters after meeting with U.S. Trade Representative Robert Lighthizer.

Freeland, who later met with Mexican officials on Tuesday evening, said she is due to dig into detailed discussions with Lighthizer on Wednesday.

Trump warned on Monday he could proceed with a deal with Mexico alone and levy tariffs on Canada if it does not come on board with the revised trade terms.

After being sidelined from the talks for more than two months, Freeland will be under pressure to accept terms the United States and Mexico worked out on a trade deal announced on Monday.

One of the main sticking points for Canada in the revised deal is the U.S. effort to dump the Chapter 19 dispute resolution mechanism that hinders the United States from pursuing anti-dumping and anti-subsidy cases. Lighthizer said on Monday that Mexico had agreed to eliminate the mechanism.

Other hurdles include intellectual property rights, such as the U.S.-Mexico 10-year data exclusivity for biologic drug makers and extensions of copyright protections to 75 years from 50, all higher thresholds than Canada has previously supported.

Dan Ujczo, a Columbus, Ohio-based trade lawyer who focuses on U.S.-Canada issues, said it would be hard for Freeland to win concessions from Lighthizer on these issues.

“I think he’s going to sit there with his arms folded a lot,” Ujczo added.

Mexican Foreign Minister Luis Videgaray told Mexican television on Tuesday the three sides would work for a three-way deal. “We are now going to devote long hours to the negotiation with Canada,” he said.

Negotiations among the three partners, whose mutual trade totals more than $1.2 trillion annually, have dragged on for more than a year, putting pressure on the Mexican peso and the Canadian dollar. Both currencies gained against the U.S. dollar on Monday, but the peso weakened on Tuesday.

If a deal is not reached with Canada, U.S. Treasury Secretary Steven Mnuchin has said the Trump administration intends to proceed with a separate trade agreement with Mexico.

The Mexican government has also taken that position, even as it says it wants a trilateral deal. Mexican President Enrique Pena Nieto is keen to sign the agreement before leaving office at the end of November.

Some lawmakers said however, that a bilateral pact could lose the benefits of U.S. “fast-track” negotiating authority, which calls for a trilateral deal.

A trilateral deal would need only 51 votes in the Senate, while a bilateral pact would need a far more difficult 60-vote threshold, Republican Senator Pat Toomey said. If Republicans retain 51 of the Senate’s 100 seats in November elections, they could approve a new NAFTA agreement next year without the support of Democrats.

Trump said he still could put tariffs on Canadian-made cars if Canada did not join its neighbors and warned he expected concessions on Canada’s dairy protections.

Canada’s dairy farmers operate under a protectionist system that manages supplies and prices, and imposes high tariffs to limit imports. U.S. demands have ranged from ending those tariffs to scrapping a pricing system for milk ingredients that hurt U.S. exports of milk proteins.

“It seems like a pretty steep challenge to now resolve these issues in three days,” said David Wines, a Manitoba dairy farmer and vice president of industry group Dairy Farmers of Canada.

If talks with Canada are not wrapped up by Friday, Trump plans to notify Congress that he intends to sign a deal with Mexico, but would be open to Canada joining, Lighthizer told reporters on Monday. 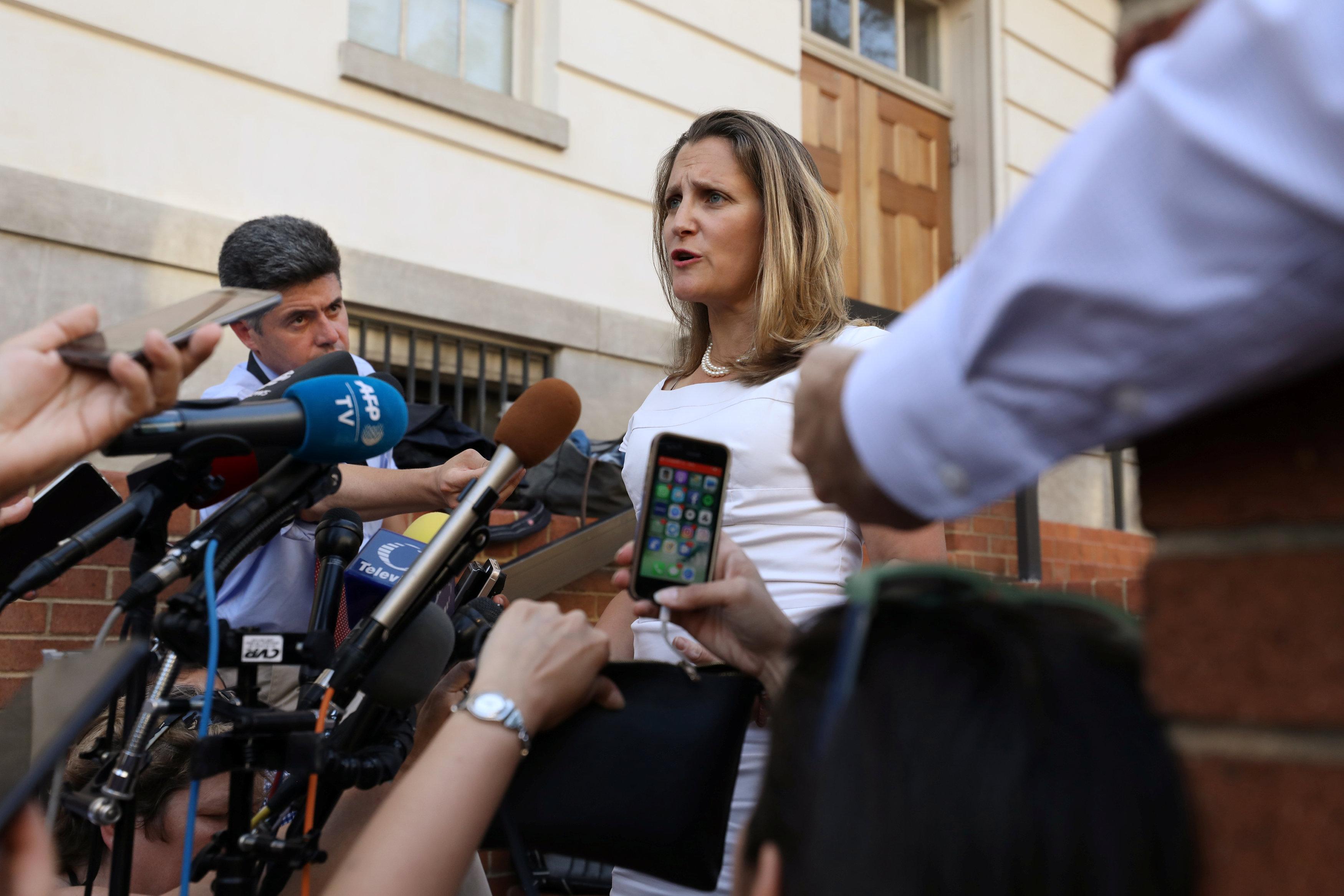 The White House has said Trump will sign the deal 90 days after notification. Congress needs to approve it in a process that will take several months, extending well into 2019.