TULARE, Calif. (Reuters) – Stephen Mancebo, a fourth-generation California dairy farmer with 2,300 cows, has battled ups and downs in his temperamental industry for a quarter-century only to find himself a casualty of a U.S trade war with one of his biggest customers – Mexico.

Mancebo, 47, represents one of approximately 1,300 dairy farm families eking out a living in California on the narrow margins of an enterprise that increasingly relies on exports.

For Mancebo and other U.S. dairy farmers and processors who turn milk into cheese, butter and other products, the trade war is threatening to snuff out a nascent rebound from three years of slumping prices that have driven nearly 140 California dairies out of business.

In retaliation for tariffs that President Donald Trump imposed on imports of steel and aluminum, Mexico in late May announced duties on cheeses, other farm products and metals from the United States.

Milk and cheese prices on the Chicago Mercantile Exchange, a key part of the formula that determines what dairy producers are paid, faltered immediately on expectations Mexico’s tariffs would translate into U.S. surpluses.

The extent of export disruption has yet to be quantified. But sudden downturns in demand are challenging for dairy farmers, whose means of production need to be fed and milked on a daily basis.

“Our product is perishable. I can’t sit on my milk for a month or two months,” Mancebo told Reuters outside his dairy in Tulare, in California’s Central Valley. “These cows can’t be shut off.”

After several years of showing little if any profit, Mancebo said he had been looking forward to a turnaround in prices that might have netted his operation $50,000 to $80,000 a month later this year, allowing him to break even for 2018.

“Most months I don’t make anything, so to take that, it’s a considerable loss at this time,” said Mancebo, whose support for Trump has been undiminished despite the effect of the trade policies.

California dairies, like Mancebo’s, export 30 percent of all they produce, compared with 17 percent for U.S. dairies on average, and Mexico is their No. 1 buyer.

But beyond immediate price swings, U.S. dairy exporters worry about losing hard-earned market share to the European Union, which has just reached a free-trade accord with Mexico.

In a letter sent to the White House last month, 65 dairy producers, processors and cooperatives from around the country urged Trump to reach an accommodation with Mexico.

The $12 billion aid package Trump announced this week to offset damage to farmers from the trade war could potentially replace some short-term income losses, but it will do nothing to rebuild any market share seized by foreign competitors, said Bill Schiek, economist for the Dairy Institute of California.

Concerns also are growing that China could retaliate against U.S. tariffs with a fresh set of duties on U.S. dairy.

Schiek said anecdotal evidence shows orders are being canceled in anticipation of export demands softening as Mexico’s duties add to the cost of made-in-America cheese, and buyers there turn elsewhere for supplies.

AcMoody said that even minor fluctuations can undercut American dairy producers because international pricing is so competitive. 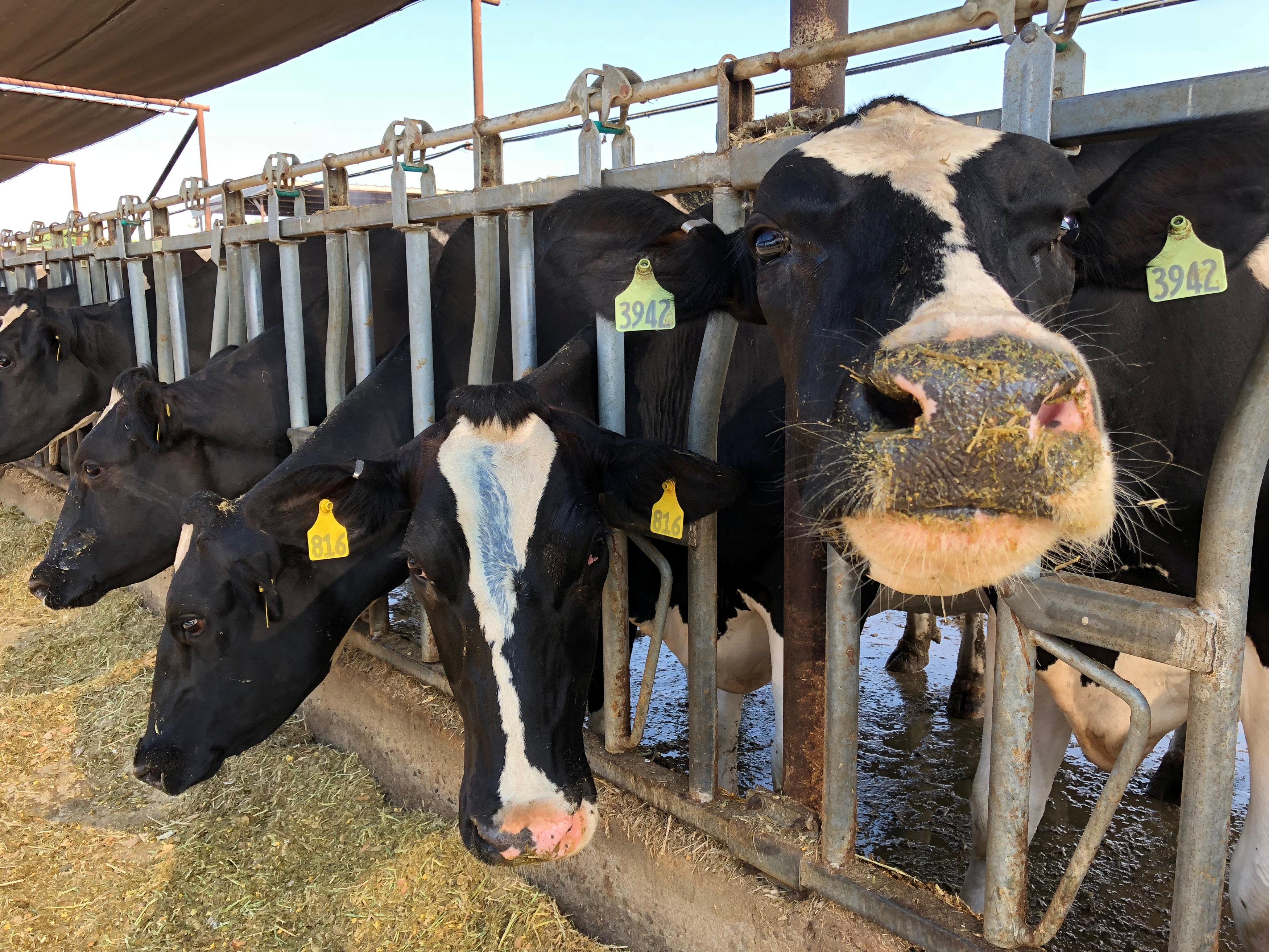 Mancebo said that even as Trump’s policies are hurting him, he backs the measures: “Our trade deficit needed to be addressed.”And it was going to be a struggle whenever it happened,” he said. “So it’s kind of like holding our breath. Problem is, we’re holding our breath underwater.”