LONDON/NEW YORK (Reuters) – The increasing frequency of flash crashes in the $5.1 trillion-a-day foreign exchange market has regulators scrambling for answers.

Sudden, violent and often quickly reversed price moves are now a regular occurrence in world currency markets — often during the so-called ‘witching hour’, a period of thin trading between 5-6 pm in New York when currency dealers there have powered off and colleagues in Tokyo have yet to sign on.

Two big crashes this year separately pummeled the yen and the Swiss franc and, given the importance of currency pricing for trade, investment flows and the global economy, policymakers are concerned a major fracturing could threaten financial stability.

“The question is, is this a new normal, or is it a canary in the coalmine sort of thing?” said Fabio Natalucci, deputy director of the Monetary and Capital Markets Department at the International Monetary Fund (IMF).

“We have seen the frequency of these events increase so this may be pointing to a major liquidity stress event coming at some point in the future.”

Natalucci said liquidity strains — market lingo for an insufficient number of buy and sell orders — were evident days ahead of a big crash and the IMF was creating a monitoring tool that might be able to predict when the next one was coming.

Reflecting official disquiet, flash crashes have been a regular topic of discussion this year at the Federal Reserve Bank of New York’s FX market liaison committee, a forum for central bankers and market players.

Bankers and policymakers agree that an industry-wide switch to machine-trading in FX markets is behind the frequency and severity of the price moves, meaning that further crashes are likely.

“Our pessimistic view is that this technology is going to become an increasing part of the FX market and we need to step up our monitoring,” a G10 central bank official said, declining to be named because he is not authorized to speak publicly.

Regulators aren’t pressing the panic button yet. Natalucci said there was no evidence that flash crashes so far had raised funding costs for firms or households and it made sense to study the problem before “rushing into enacting any regulatory responses”.

Mini-crashes already occur roughly every two weeks in the FX market according to a study by Pragma, a company which creates computer trading models. In these incidences, a currency’s price will shift dramatically followed by a swift reversal, along with a sudden and significant widening of the spread between prices quoted to buy and sell it. The spread usually narrows after a few minutes.

(GRAPHIC: Flash crashes in the past (RBA) – tmsnrt.rs/2Wcbxy3)

Computer models known as algorithms, or algos, have largely replaced humans in currency trading, helping banks to cut costs and boost the speed at which deals are done.

The models are designed to execute trades smoothly by breaking down orders into small pieces and searching for platforms where liquidity is plentiful.

But problems arise when market conditions change, for instance, when trading volumes suddenly collapse or volatility spikes as has been the case during Britain’s protracted attempt to extricate itself from the European Union. At such times, algos are often programmed to shut down.

And, because fragmented forex markets depend on algos for a constant stream of price quotes — by one estimate there are 70-odd trading platforms — a widespread shutdown causes volumes to nosedive, making the price moves more dramatic.

The first of this year’s notable crashes came on January 3 when the yen spiked suddenly against the dollar after Tokyo markets closed. It jumped 8% within the space of seven minutes against the Australian dollar and 10% to the Turkish lira.

The second was on February 11 when the Swiss franc gyrated frantically, with an unexplained and brief jump against the euro and dollar.

A Reserve Bank of Australia (RBA) report noted that several flash episodes have been recorded during the witching hour. It was also during this illiquid period on October 7, 2016 that sterling collapsed 9% in early Asian trading, falling to around $1.14 from $1.26 within minutes.

The RBA’s analysis of all these flash crashes concluded algorithmic trading strategies likely acted as “amplifiers”.

Human traders would be able to spot an opportunity from the market turmoil — buying a currency in free fall – which would help to defuse it. But these days there are far less of them around.

Upto 70% of all FX orders on platform EBS, one of two top venues for currency trading, now originate from algorithms. In 2004, all trading was undertaken by humans.

With banks under constant pressure to cut costs and post-financial-crisis rules making it ever more expensive to trade, there is no sign of firms hiring extra staff or deploying existing employees onto a graveyard shift.

Instead, some try to avoid trading when they know volumes will be light such as major holidays.

Machines, meanwhile, are expected to become even more dominant.

Pragma has just launched an algorithm to trade non-deliverable forwards, derivatives used to hedge exposure to illiquid currencies, especially in emerging markets, according to Curtis Pfeiffer, chief business officer at the firm.

Trading in illiquid, emerging market currencies was previously the mainstay of voice traders.

“FX trading in banks is a tough business because spot trading is so commoditized and revenues are squeezed,” said John Marley, a senior currency consultant at Smart Currency Business.

“Moreover, banks have rolled back their proprietary trading desks due to the extra capital required and lower risk appetite.”

Policymakers’ ability to understand and affect currency moves are hampered by the freewheeling nature of the FX market, which is unregulated, private and decentralized.

The ‘FX Global Code’ was developed by central banks and private sector participants to promote a fair and open FX market but it is not legally binding.

In comparison to equity markets, where regulators have been able to introduce measures to try and tame wild price swings, policymakers in the FX space are still at the discussion stage.

“It’s important for us to use this forum to understand flash events, their causes, and how the principles of the Global Code can be applied to promote a fair and efficient FX market,” Simon Potter, executive vice president of the Federal Reserve Bank of New York and the chair of the GFXC, told Reuters.

Central banks could potentially intervene to smooth out significant and prolonged gyrations in currency markets but that would be controversial.

“The primary mandate for most central banks is price stability and the secondary mandate is financial stability,” said Nikolay Markov, senior economist at Pictet Asset Management. 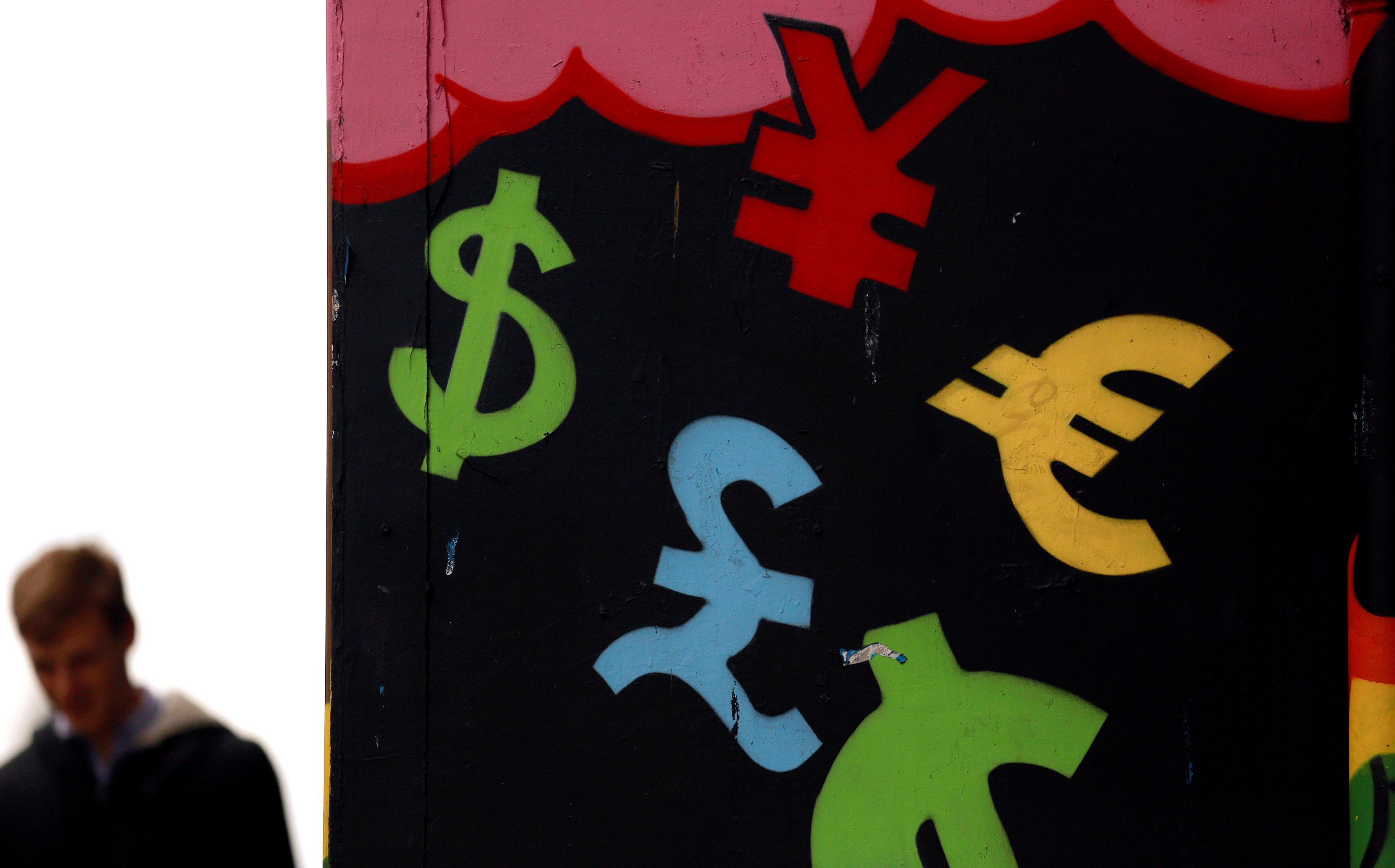 “As long as these intraday big moves do not impinge on financial stability or drain interbank liquidity, central banks will monitor these developments and are not supposed to react to intraday moves.”

It could also be costly — Britain’s failed defense of sterling in 1992 cost it around 3.3 billion pounds according to Treasury calculations — and potentially futile.

“I doubt that central banks can do much to prevent the occurrences of these flash crashes as previous incidents have been a result of a complete drying up of market liquidity, resulting in some big moves,” said Neil Mellor, senior FX strategist at BNY Mellon in New York. “Unless those problems are addressed, we will continue to see such price swings.”

Canada Has Placed Its First Vaccine Order, but Don’t Expect a ‘Silver Bullet’

Why the Coronavirus is More Likely to ‘Superspread’ Than the Flu

Ship Cited in Beirut Blast Hasn’t Sailed in 7 Years. We Found It.