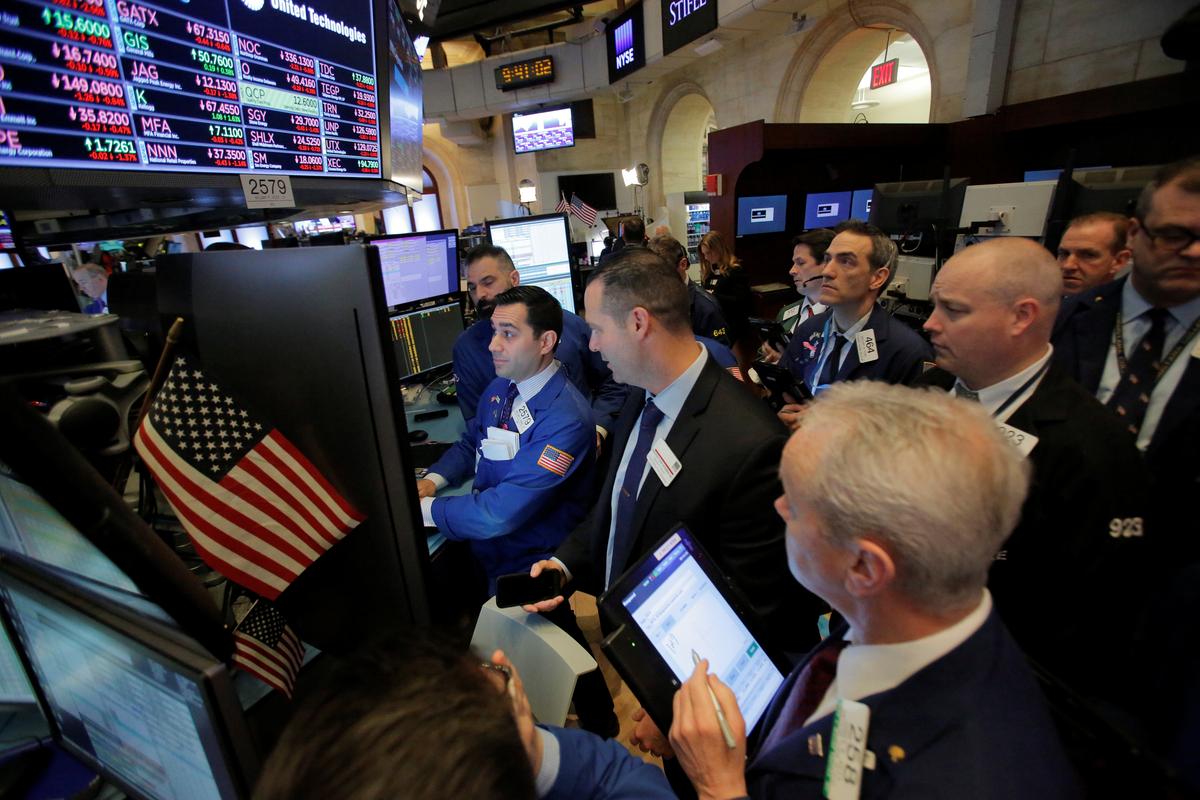 NEW YORK (Reuters) – The bull market for stocks turns nine years old on Friday and, despite being long in the tooth, appears poised to set the record as the longest in history, buoyed by global economic growth and stronger company earnings.

It is unlikely to be a smooth ride, however, as investors have already had to endure a 10-percent market correction sparked by inflation concerns and heightened volatility, which is likely to continue throughout the year.

The S&P 500 index .SPX has rallied nearly 305 percent since hitting a closing low of 676.53 on March 9, 2009, in large part due to the U.S. Federal Reserve’s low interest rate policy in the wake of the financial crisis.

The gains since, uninterrupted by a decline of 20 percent or more, rank this bull market as the second longest ever and about 6 months behind the bull run from October 1990 to March 2000 during the tech boom.

Gains are expected to continue as global economies are in a period of synchronized growth after years of dealing with the aftereffects of the Great Recession. Also expected to boost equities are improving corporate earnings, aided by a tax overhaul in Washington, which has reduced what was seen by many as stretched valuations.

“The earnings growth picture for this year continues to get better on a weekly basis,” said Hogan.

With fourth-quarter earnings reporting nearly complete, S&P 500 companies scored growth of 15.3 percent, according to Thomson Reuters data. That growth rate is currently expected to be topped in each quarter in 2018, highlighted by earnings growth of 21.9 percent in the third quarter.

The strong earnings growth could turn into a headwind, however, as results this year will be tough to top in 2019.

“When you look to 2019, it’ll be very hard to repeat those numbers,” said Jonathan Mackay, investment strategist at Schroders Investment Management in New York.

“Next year will probably not be as good. Then you’re probably getting into the last stages of the cycle.”

A recent poll by Reuters showed stocks will build on the recent recovery from a selloff earlier this month to rack up an over-8-percent gain for the year, led by corporate profits and a robust economic expansion.

But concerns about an overheating economy that could force the Fed to increase its path of interest rate hikes could derail the bull market. Data in January on climbing wages sparked a quick rise in yields on the 10-year U.S. Treasury note towards 3 percent and pushed the S&P 500 down more than 10 percent in a 9-day span.

“If your economy can’t handle that growth that quickly, then we run into shortages and then we have a business cycle on our hands,” said Jack Ablin, chief investment officer at Cresset Wealth in Chicago.

The possibility of a global trade war in light of recent tariffs announced by the Trump administration are also cause for concern.

“Obviously anything trade talk, political event risk, certainly could create problems but right now there is certainly a valid concern out there that ripping up NAFTA would create a whole litany of uncertainties,” said Ablin.

On Thursday, President Donald Trump pressed ahead with the imposition of 25 percent tariffs on steel imports and 10 percent for aluminum but exempted Canada and Mexico, backtracking from earlier pledges of tariffs on all countries.

Recent data has helped ease the concerns about overheating, however, and make it likely this bull still has room to run.

“The trend of higher wages is probably more in line with what is actually happening, it is just more of a steadier pace higher,” said Matt Forester, Chief Investment Officer of BNY Mellon’s Lockwood Advisors in King of Prussia, Pennsylvania.

“We probably got a little overexcited about what wages were going to do and the market got a little ahead of itself building that in.”