Warren Buffett, CEO of Berkshire Hathaway Inc, talks to a reporter in the exhibit hall at the company’s annual meeting in Omaha, Nebraska, U.S., May 5, 2018. REUTERS/Rick Wilking

Berkshire Hathaway Inc (BRKa.N) on Saturday reported an unusual quarterly net loss, the result of an accounting change that Buffett had warned would produce “wild” but in his view meaningless swings in results.

The accounting change required Berkshire to report $6.2 billion of unrealized losses in its marketable stock portfolio, which totaled $170.5 billion at year end, regardless of whether it planned to sell those stocks.

Buffett has called the new accounting rule a “nightmare” that would produce “truly wild and capricious swings” in bottom-line results that could, depending on their direction, unnecessarily scare or embolden investors.

“It really is not representative of what’s going on in the business at all,” Buffett told shareholders at Berkshire’s annual meeting in Omaha, Nebraska. 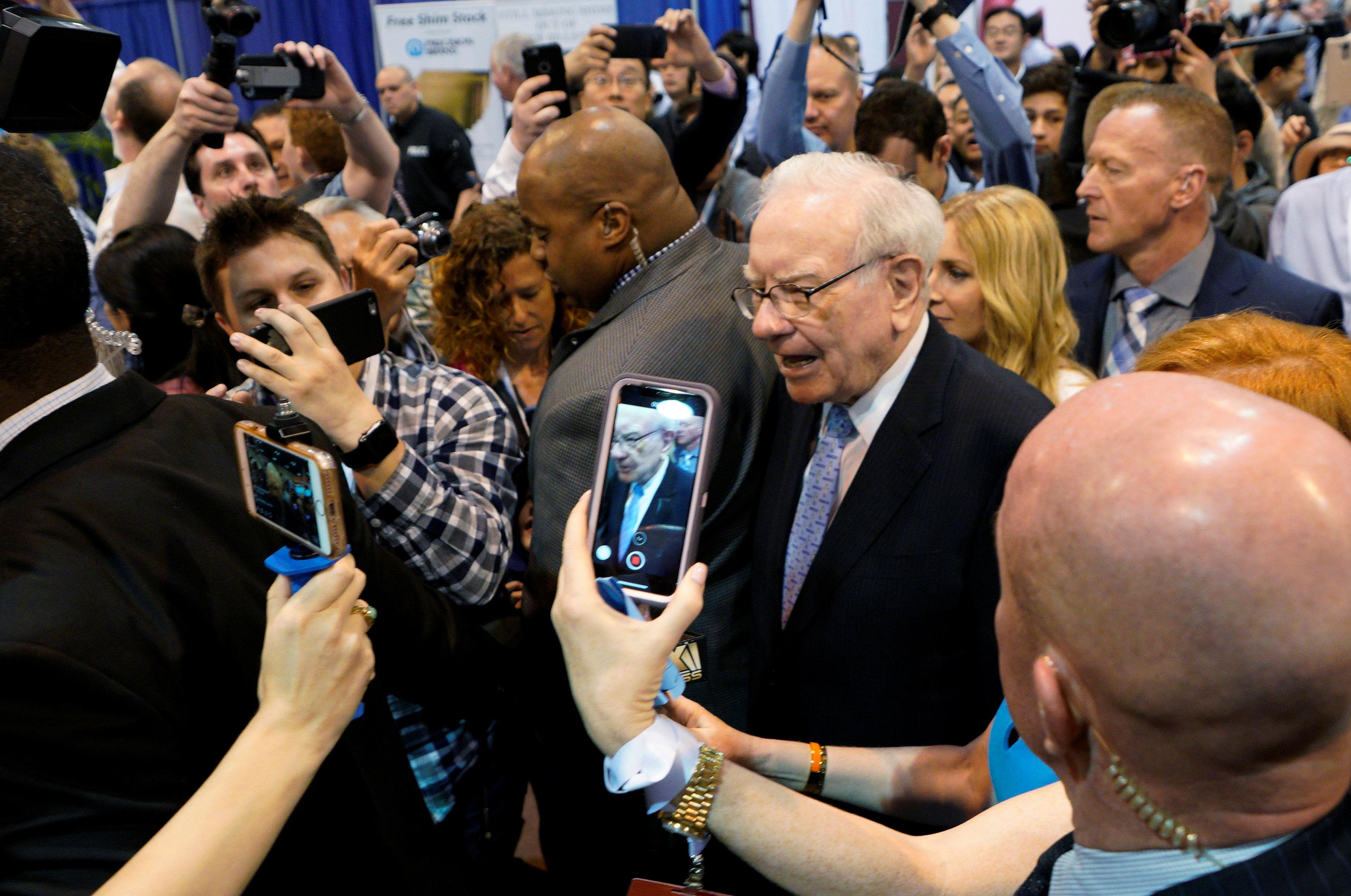 Analysts, on average, expected operating profit of about $3,116 per Class A share, according to Thomson Reuters I/B/E/S. Operating profit had previously fallen for five straight quarters, and missed Wall Street forecasts for eight straight.

Book value, which measures assets minus liabilities, also took a hit from falling stock prices, falling 0.3 percent to $211,184 per Class A share, even though Buffett boosted his stake in Apple Inc (AAPL.O) by $12.5 billion in the quarter.

Some analysts have said the stock losses have weighed on Berkshire shares, which are 10 percent below their record highs set on Jan. 29. In Friday trading, the Class A shares closed at$292,600, and the Class B shares at $195.64.

Buffett, 87, and Vice Chairman Vice Chairman Charlie Munger, 94, are answering five hours of questions from shareholders, journalists and analysts at the annual meeting.

Despite the Apple purchase, Berkshire ended the quarter with $108.6 billion of cash and equivalents, giving Buffett ammunition to make one or more “huge” non-insurance acquisitions he has said he wants.

Berkshire’s insurance businesses, which had been struggled with losses from hurricanes and other events, posted a $407 million underwriting profit, compared with a year earlier $267 million loss.

Buffett said the Geico car insurer had “quite a good-sized turnaround in profitability.” Pre-tax underwriting gains nearly quadrupled, as it sold more policies despite having raised rates, while the rate of policyholder losses fell.

“The trends look pretty good,” Tony Nicely, Geico’s chief executive, told Reuters on Friday. “The number of claims are down somewhat. Yet the costs keep going up.”

An improving economy led to higher business volume at the BNSF railroad, which saw profit rise 37 percent to $1.15 billion.