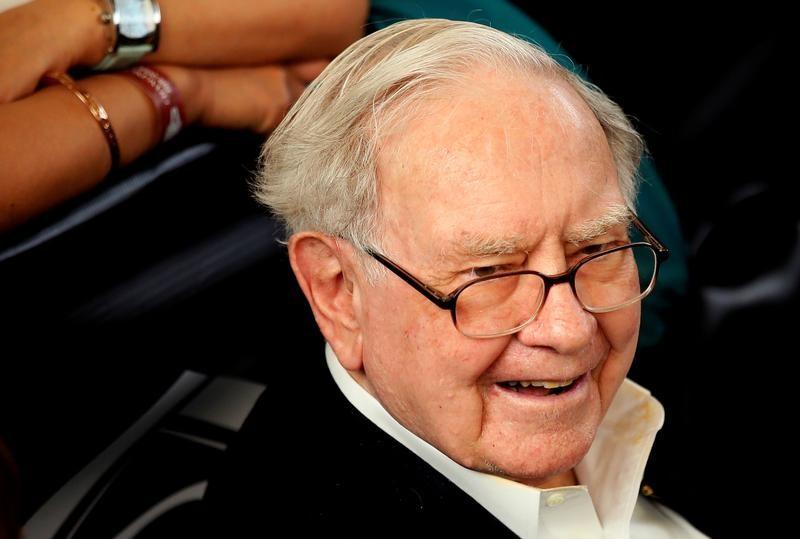 (Reuters) – A giant hurricane, earthquake or other conflagration inflicting unprecedented, catastrophic damage is likely at some point to strike the United States.

Warren Buffett says: Bring it on.

In his annual letter to shareholders of Berkshire Hathaway Inc, Buffett said “no company comes close” to his conglomerate in its ability to financially withstand even a mega-catastrophe that causes $400 billion of insurance losses.

Buffett said the odds of such a catastrophe in any year is just 2 percent, but that Berkshire would lose only about $12 billion, a sum more than offset by annual profits from its non-insurance businesses.

“Concurrently, much – indeed, perhaps most – of the p/c world would be out of business,” he wrote, referring to property and casualty insurers.

“Our unparalleled financial strength explains why other p/c insurers come to Berkshire – and only Berkshire – when they, themselves, need to purchase huge reinsurance coverages for large payments they may have to make in the far future.”

Berkshire entered insurance in 1967 when it paid $8.6 million for reinsurer National Indemnity Co and an affiliate.

The sector has since been the Omaha, Nebraska-based conglomerate’s main driver of growth, even as Buffett expanded into railroads, chemicals, energy, industrial products, newspapers, candy and ice cream, underwear and other businesses.

Berkshire’s many insurance operations also include the Geico auto insurer and General Re reinsurer.

Longtime insurance executive Ajit Jain has been in charge of overseeing coverage against giant or unusual risks.

Last year was difficult for Berkshire in insurance underwriting, where it lost $3.24 billion before taxes and $2.22 billion after taxes, its first full-year loss since 2002.

Hurricanes Harvey, Irma and Maria, as well as California wildfires, were key culprits, and the $3 billion pretax cost for the hurricanes disappointed some analysts because of their size.

Even Geico lost $310 million before taxes from underwriting, despite boosting premiums by 16 percent and policies-in-force by 9 percent. Its underwriting loss was $188 million in the fourth quarter.

Berkshire had made money from underwriting even in 2005, when Hurricane Katrina struck the U.S. Gulf Coast.

That storm at the time caused $41.1 billion of U.S. insured losses, according to the Insurance Information Institute.

Nonetheless, insurance helps fund Berkshire’s growth by providing Buffett with float, or premiums collected before claims are paid, that he can invest.

Float totaled $114.5 billion at the end of December, and Buffett said it will “probably increase slowly for at least a few years.”

As he often does in his letters, Buffett praised his managers for keeping insurance growth on track, calling their work “conservative and careful” despite the occasional hiccup.

“What counts are brains and capital,” he wrote. “The managers of our various insurance companies supply the brains and Berkshire provides the capital.”