BUENOS AIRES (Reuters) – Thousands of demonstrators marched in Buenos Aires on Friday to protest the G20’s economic policies as the world’s leading industrialized nations opened their annual summit in the Argentine capital.

But the protesters could not get anywhere near the leaders of the United States, Russia, China and other global powers gathered for a meeting whose agenda was expected to be dominated by the U.S.-China trade war.

Police, coast guard and border patrols cordoned off a 12-square-kilometer (5-square-mile) area around the riverside Costa Salguero convention center, where the summit is being held. Cargo traffic on La Plata River was shut down for the event.

Buenos Aires was largely locked down for the march, which was organized by a coalition of labor unions and rights groups.

“We are against the policies of the G20, which are tearing the world apart. In Argentina and the rest of the world there’s lack of education, food and work, because of the policies that they are over there discussing,” said protester Patricia Silvino, a 54-year-old factory worker.

Indeed, the summit comes at a tough time for Argentina. Inflation is running at about 40 percent so far this year while the economy contracts.

“Down with capitalism and down with the G20!” shouted Benjamin Grillo, a 59-year-old high school math teacher protesting against cuts in Argentina’s education budget.

President Mauricio Macri, a free markets advocate elected in 2015 amid high hopes that he could straighten out an economy distorted by years of heavy-handed trade and currency controls, has seen his popularity fall as the local peso currency loses value and average Argentines lose purchasing power. 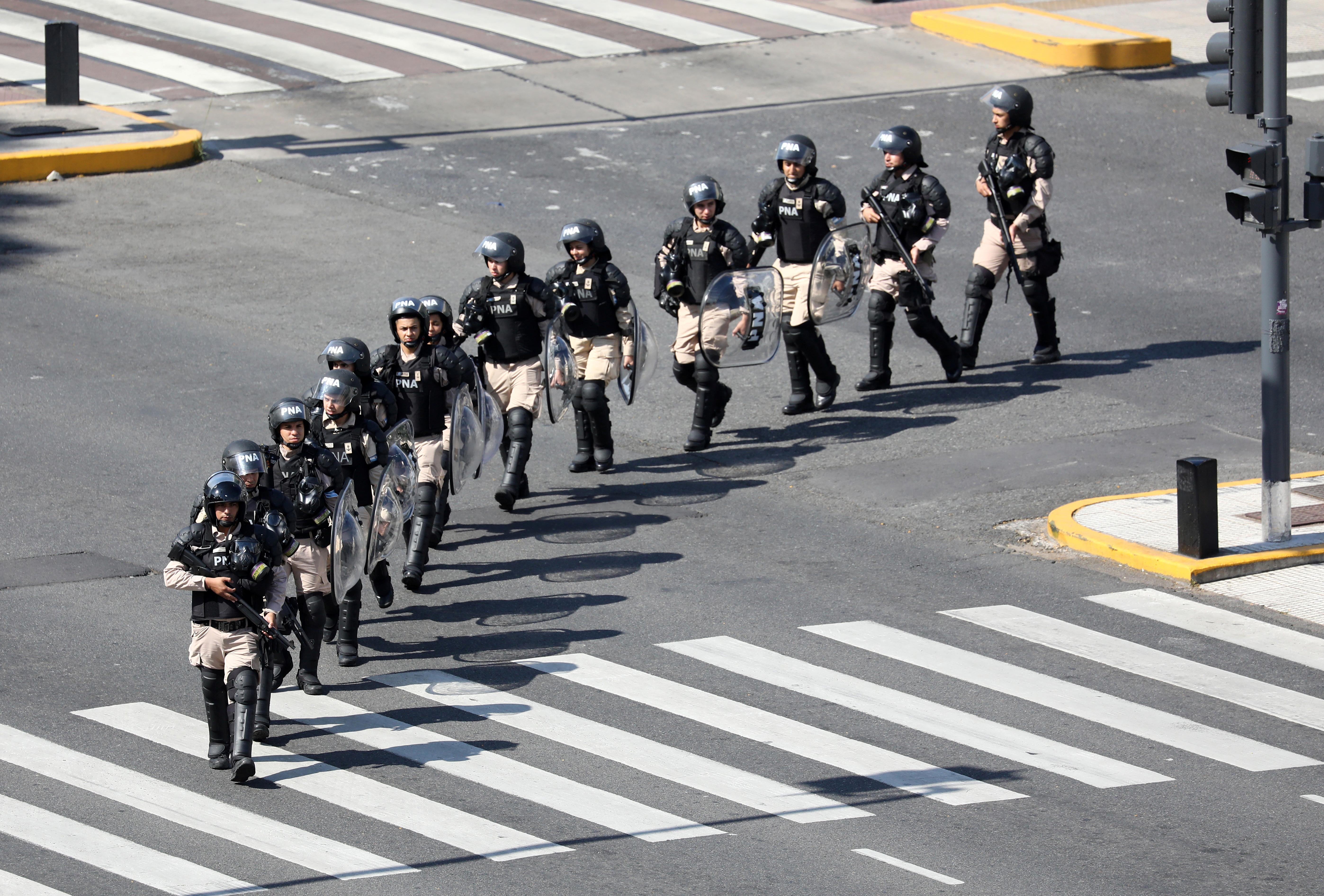 Public transportation was suspended and hundreds of intersections blocked to control traffic and crowds. Friday was declared a national bank holiday and Argentina’s center-right government suggested people leave town for the summit.

Those measures made it harder for activists to get to the march, which started at the city’s main thoroughfare, 9 de Julio, and ended at the capitol building. Some groups hired private buses to get demonstrators from outlying areas to the city.