HOBBS, N.M. (Reuters) – New Mexico oil man Johnny Vega laid out his predicament as his crew hoisted pipes from a well during the biggest oil boom in U.S. history.

There is no shortage of Hispanic and Latino immigrant workers without work permits he could hire in Lea County, New Mexico – the No.2 oil-producing county in the United States.

But Vega says he wants to play by the rules, not least because of a heightened risk of company audits by U.S. Immigration and Customs Enforcement (ICE) under President Donald Trump. As a result, he has equipment that could be generating $700,000 a month standing idle in his yard.

“They’re demanding more rigs, more swabbing units, but you don’t have enough employees,” said Vega, who runs Mico Services with around $17 million in annual revenues. “It’s a lack of a system to get legal workers, to have more of a workforce to pull from.”

Employers like Vega in the Permian Basin oilfields of New Mexico and Texas say they feel caught between Trump’s support for their industry and his policies focused on tougher immigration enforcement.

It’s a dilemma faced in other sectors of the U.S. economy that depend on foreign workers after ICE reported surges of between 300% to 750% in worksite investigations, audits and arrests in fiscal year 2018.

Visas for temporary jobs in sectors like agriculture and hospitality have increased during the Trump administration. Oil companies complain of difficulties gaining work permits for immigrant oil workers, who do not qualify for these temporary visas.

The Permian Basin, by far the most productive oil field in the United States, has helped make the country a net exporter of oil. Its output growth has recently slowed, but production is still at all time highs.

The number of rigs drilling for oil in New Mexico hit a record 115 in early October and labor shortages are felt most keenly in service companies like Vega’s that help keep the oil flowing.

The Permian Basin is short 15,000 workers, with demand met by paying overtime and shipping workers in and out, according to data from the Permian Strategic Partnership alliance of 19 energy companies.

Thousands of immigrants, mainly from neighboring Mexico, have thronged to the decade-long boom. They often fill the hardest and most dangerous jobs few Americans want, such as using heavy equipment to lift oil well tubing or lay pipeline.

For Bob Reid, immigrants provide a solution to labor shortages and a chance for boom-bust oil towns like Hobbs, New Mexico to build a more stable future.

“The problem is a broken system that’s preventing them from coming in legally in a way that allows them to pursue a path to citizenship,” said Reid, head of the JF Maddox Foundation, a Hobbs charity.

In Lea County, Hispanics and Latinos now account for as much as 70 percent of the population, compared with 40 percent 20 years ago, based on county school enrollment and other data.

About two years ago, ICE stepped up operations in the Permian area, according to Lea County employers.

“I know people, my peers, that have been hit by immigration audits, and they were told, specifically, that the Permian Basin was targeted because of the vast amount of workers that were coming here,” said Finn Smith, president of Hobbs-based Watson Hopper Inc.

ICE did not respond to requests for comment on its Permian operations.

Two companies in Hobbs, the largest city in Lea County, were recently audited: Mesa Well Services and paving contractor Ramirez & Sons, according to a person with knowledge of the situation and a Ramirez & Sons official.

Mesa Well officials were not available for comment. Ramirez & Sons Senior Superintendent David Gallegos said the company was paying around $40,000 in legal fees to apply for work permits or U.S. citizenship on behalf of five of the employees laid off after the audit.

“They’re worth fighting for,” said Gallegos, a Republican New Mexico state representative, of the “long term” employees who had bought homes in the area.

More companies are using the government’s E-Verify immigration background checks to vet new hires, said Romano, whose organization helps immigrants get on a pathway to citizenship.

“It’s now getting very difficult here for anyone who isn’t documented,” said Juan, an unemployed pipeline worker who immigrated to the United States illegally 11 years ago. He asked that his last name not be used to protect his identity.

About a third of all immigrants in New Mexico and Texas lack valid working papers, according to a Pew Research Center study based on 2016 U.S. census data.

Hobbs Mayor Sam Cobb says he is frustrated by the failure of political leaders at the national level to create a pathway to citizenship for immigrants he generally finds hardworking and law abiding.

“The very people who have suffered from that are the people who are here growing our community, adding to the economic welfare of the community,” said Cobb, a Democrat, sitting in his office surrounded by paintings of oil wells and cowboys. 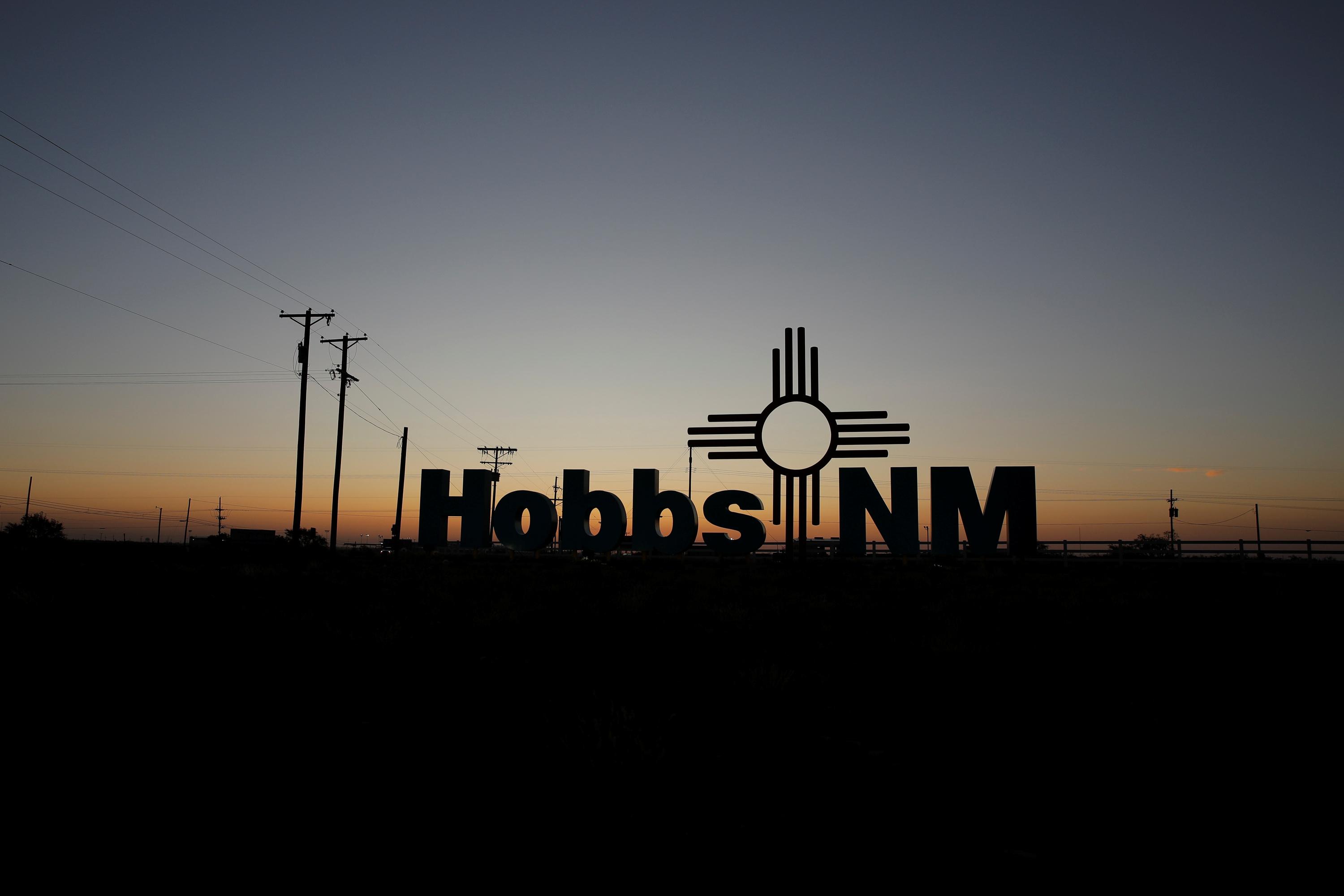 “What we do is we don’t ask,” said Lorena, a Mexican immigrant whose family has built up a small oil field services business. She estimated that more than 90% of her employees were Mexican immigrants and that only 5% to 10% had genuine working papers. Her last name was not used to protect her identity.

Vega’s labor woes are pushing him to reorient his oil well service business toward hiring out his equipment.

“We have to rely on some of these immigrants, in this neck of the woods, to produce the workforce that we’re needing,” said Vega, who said he supports Trump “100%” but wishes he would “tone down” his rhetoric against immigrants. “Why not allow them to be documented?”