ALCANTARA SPACE CENTER, Brazil (Reuters) – Brazil is ready to launch small commercial rockets from its space base near the equator as soon as it agrees to safeguard U.S. technology that is dominant in the industry, the Brazilian Air Force officer managing the space program said on Friday.

Brig. Major Luiz Fernando Aguiar said Brazil wants to get a piece of the $300 billion-a-year space launch business by drawing U.S. companies interested in launching small satellites at a lower cost from the Alcantara base on its north coast.

“The microsatellite market is most attractive today and we are interested in the 50 to 500-kilo niche,” Aguiar told Reuters at the base’s main launch pad. “We are developing a rocket for microsatellites. For that this tower is totally ready.”

Space cooperation between the United States and Brazil took a big step forward when they signed a Space Situational Awareness (SSA) agreement last month during a visit to Brasilia by U.S. Defense Secretary James Mattis. 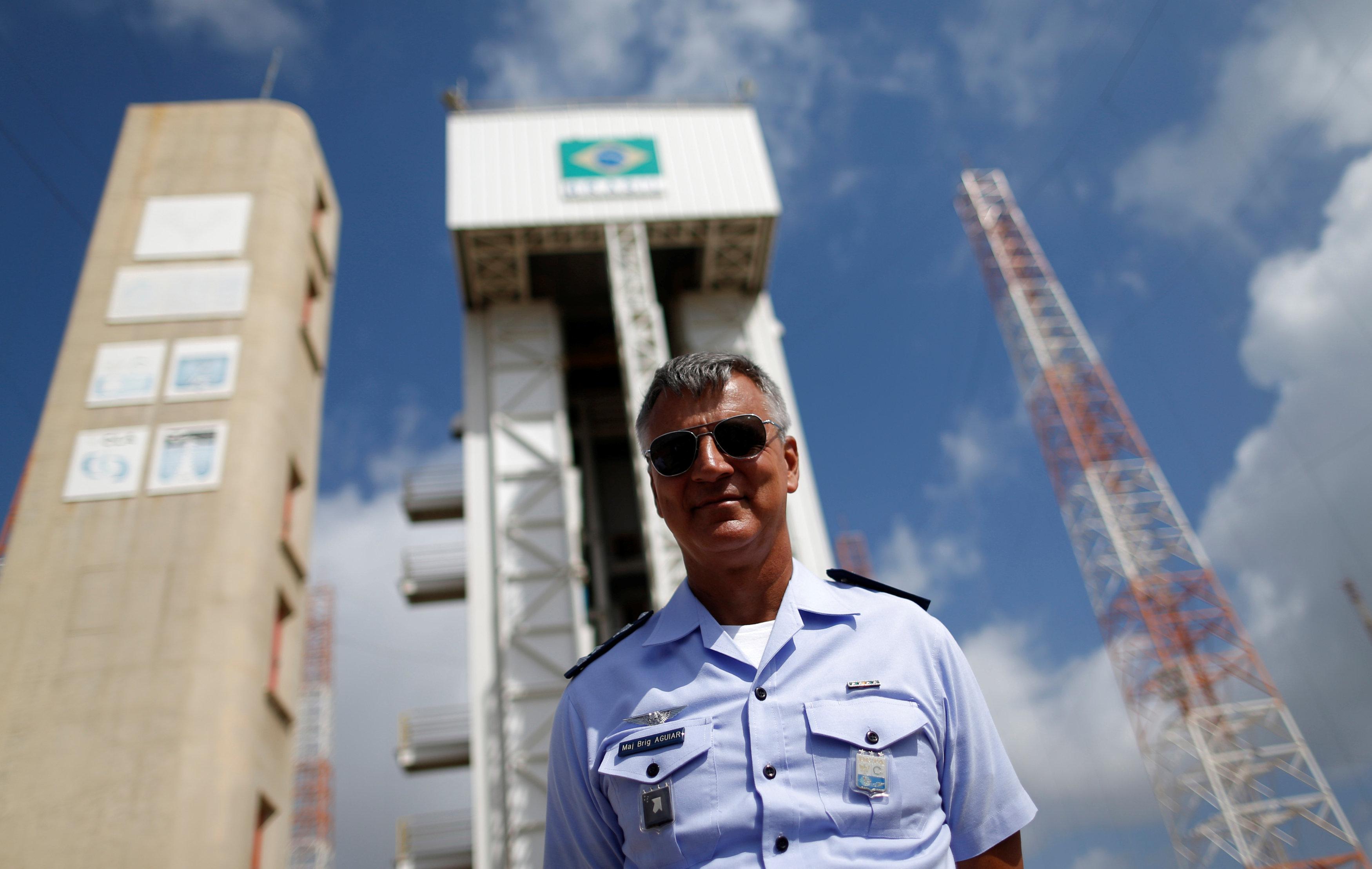 The accord on sharing real-time tracking data on objects and debris in space is needed to develop a satellite launching business without the risk of collision.

But Brazil’s plan to become a new hub in the space industry will depend on concluding a technology safeguard agreement (TSA) with the United States to protect sensitive American space launch and satellite technology, Aguiar said. Without it, no U.S. rocket can blast off from the South American country.

A previous attempt at a U.S.-Brazilian space partnership was scuttled in 2003 when the TSA ran into resistance from the leftist government of former president Luiz Inacio Lula da Silva and was thwarted by Brazilian lawmakers.

Aguiar said that agreement floundered because it allowed the U.S. unverified access to the Alcantara base that was not acceptable on sovereignty grounds. A new Brazilian proposal under consideration by the U.S. government will be more “palatable” to the Brazilian Congress.

The TSA is seen by Washington as opening opportunities for greater cooperation in aerospace and defense between the two countries.

The market for small satellite launches is expected to grow fast in the next few years and the U.S. space industry is keen to see new launch capacity in the world and a quick resolution to the negotiation of the TSA with Brazil.

“Demand for launch services has outstripped supply globally and another launch site is needed. Because of its location, Alcantara offers advantages no other site in the world provides,” an industry source said.

Aguiar said the government will set up a company called Alada to market the launch site. He said the Air Force has been in talks with Brazilian aerospace company Embraer SA on how to manage the business going forward.

One possibility, Brazilian Air Force officials said, is a joint venture with Embraer’s satellite company Visiona, which is not part of the planned $4.75 billion tie-up between Boeing and Embraer’s commercial aviation arm.