MONTREAL (Reuters) – Canada’s Bombardier Inc will deliver its first Global 7500 corporate jet on Thursday, premiering a full-sized bed and optional en-suite shower, in a challenge to U.S. planemaker Gulfstream at the top of the luxury jet market.

To meet demands by wealthy travelers, business jet manufacturers are increasingly filling their cabins with hotel-style features, previously seen only in converted commercial aircraft, by harnessing lighter-weight materials and technology that do not compromise a plane’s range.

The Global 7500, with a $73 million list price, will compete with Gulfstream’s G650, which has dominated the top end of the business jet market since its entry into service in 2012.

“With no direct in-production competitor in this segment, Gulfstream has had quite a run at the top of the market,” said Rolland Vincent, a consultant and founder of business aviation forecasting service JetNet.

Both jets can connect far-flung cities like New York and Tokyo while flying at just under the speed of sound. But Bombardier says its Global 7500, the largest corporate plane not transformed from an airliner, is the first to offer a bed not converted from an onboard sofa.

Bombardier, in the middle of a deep restructuring, is counting on sales of its Global 7500 and other new large-cabin aircraft, the Global 6500 and 5500, which enter service next year, to boost its business jet division revenues to $8.5 billion in 2020, up from about $5 billion in 2018.

Among new features for the 6500, which lists for $56 million, the company is developing a convertible chaise lounge that passengers can use as a bench, a reclining chair or a lie-flat mattress.

“We wanted it to look like the type of furniture you’d have at home,” said Tim Fagan, manager, industrial design, at Bombardier Business Aircraft.

One Global 7500 customer said the jet’s layout that includes a separate space for sleeping was an important factor in his decision to purchase the plane. 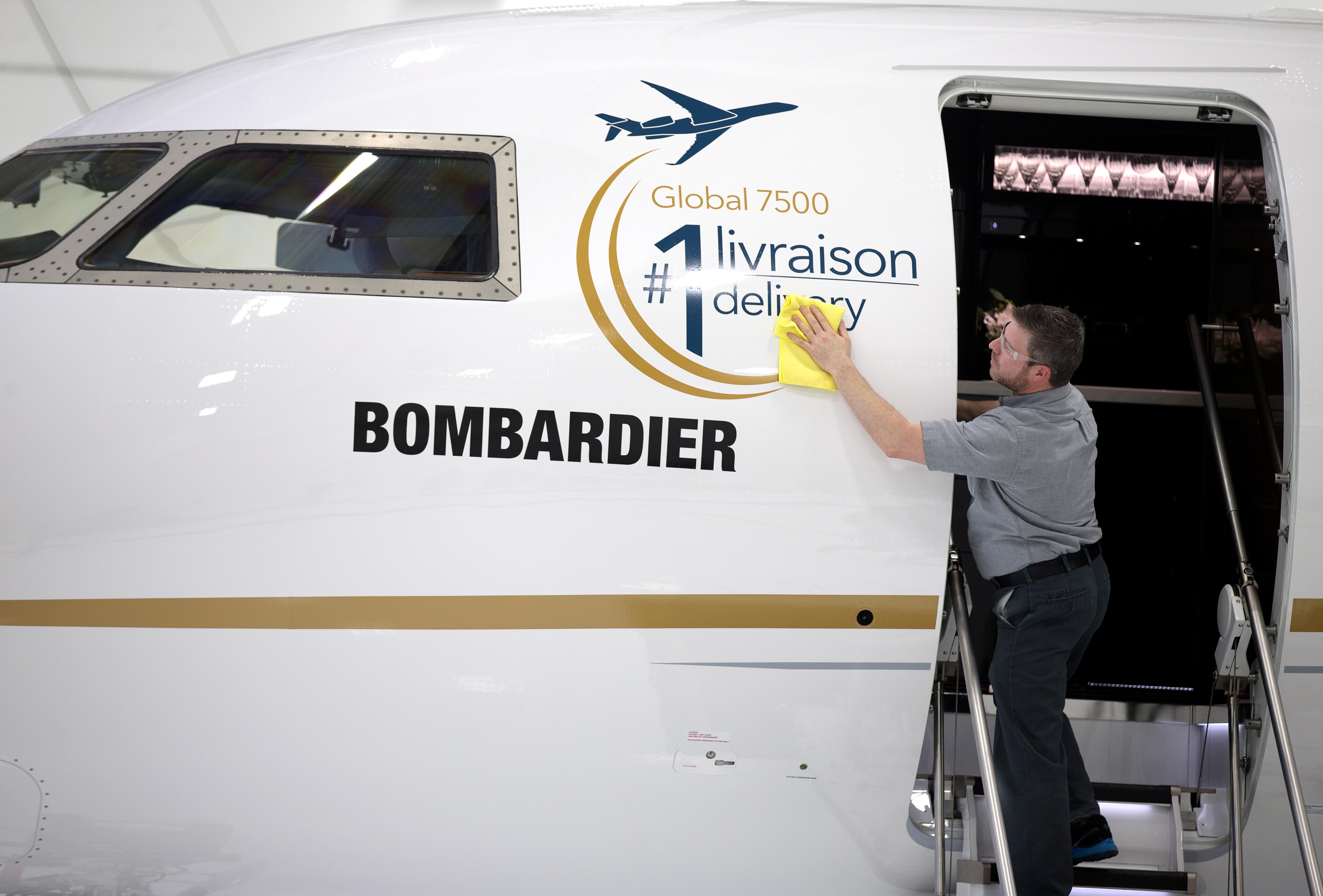 “In such long-range, high-speed aircraft, you must have a proper stateroom allowing you to get some good, comfortable sleep,” said Thomas Flohr, founder of business aviation company VistaJet.

“The ability to rest undisturbed and comfortable, in a private space, is – for many – a higher priority than indulging in champagne and caviar,” Twidell said.