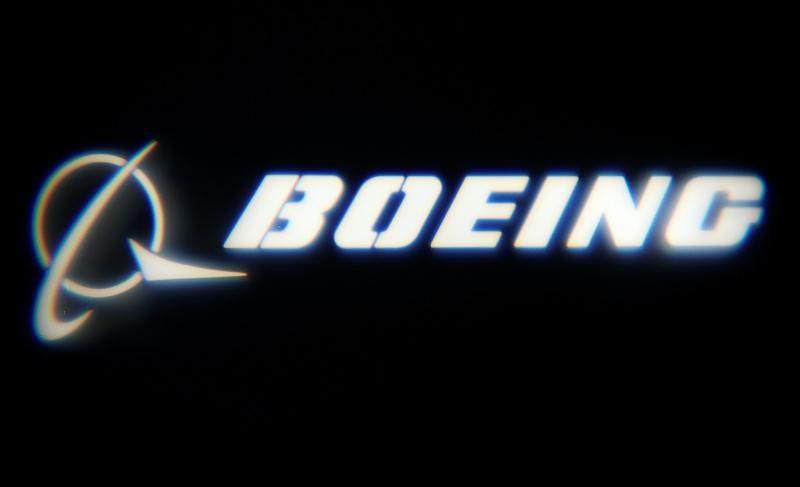 The Boeing Company logo is projected on a wall at the “What’s Next?” conference in Chicago, Illinois, U.S., October 4, 2016. REUTERS/Jim Young

The deal, which remains to be finalised, also marks a victory for General Electric (GE.N), whose engines are expected to power the Boeing aircraft, beating proposals from rival Rolls-Royce (RR.L), they said, asking not to be identified.

“We are continuing to look at our wide-body options and are focused on making the right decision for American. No final decisions have been made at this time,” an American spokesman said.

Shares of American Airlines closed down 2.5 percent, while shares of Boeing were up 0.4 percent.

Boeing’s expected win deals a fresh blow to the struggling A330neo, weeks after Hawaiian Airlines dropped an order for six Airbus A330-800neo jets in favor of the 787, leaving that particular variant of long-haul A330neo with no customers.

Airbus updated its profitable A330 series in 2014 with new Rolls-Royce engines, but after an initial foray, sales have been sluggish.

American Airlines (AAL.O) said in January it was reviewing the Boeing 787-9 and Airbus A330-900neo, which is in test flights before entering service this summer.

Logo of Airbus is pictured at the Airbus A380 final assembly line at Airbus headquarters in Blagnac, near Toulouse, France, March 21, 2018. REUTERS/Regis Duvignau

Industry sources had said American was looking for about 25-30 wide-body jets, making a Boeing deal potentially worth some $7-8.5 billion.

Aircraft analysts had predicted American’s decision would be important for the health of the A330neo program, because a win there could spur further sales and prevent new defections.

The latest setback is expected to trigger a scramble by Airbus to prevent the A330neo’s top buyer – and one of its largest corporate customers – AirAsia (AIRA.KL), changing its mind after announcing it would stick with the A330neo.

AirAsia executives visited Boeing earlier this month and have said they were examining the 787.

There are also growing doubts over the fate of an order for 28 A330neo jets by IranAir, part of a deal for 100 Airbus jets, as U.S. President Donald Trump strikes an increasingly hawkish tone over the future of an international sanctions deal.

Between them, AirAsia and IranAir make up over 40 percent of the current order book for the A330neo.

Longer-term, Airbus faces deeper unease over its wide-body position in case failure to impose the A330neo leaves it over-dependent on a single model, the newer A350-900, according to two industry sources. Airbus insists the larger A350-1000 is also ripe for an upturn in sales after a recent calm period.

Airbus officials also say other airlines are looking at the A330neo. Bloomberg News reported this week that the planemaker could introduce a freighter version.

UK-based Rolls-Royce (RR.L) meanwhile denied a Bloomberg report that its Trent 7000 engines, which power the A330neo, were affected by issues on the Trent 1000, which is available on the 787 and which has faced reliability problems.