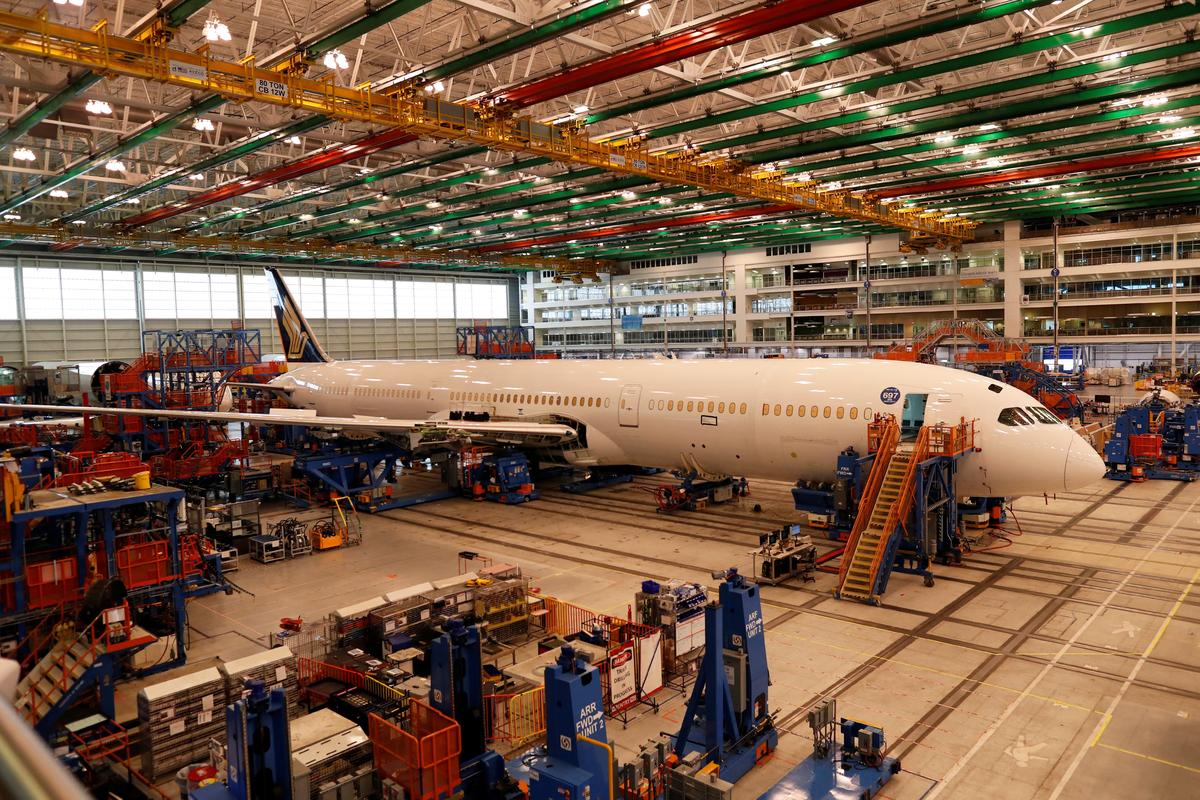 NORTH CHARLESTON S.C. (Reuters) – Boeing Co (BA.N) delivered its first 787-10 Dreamliner to Singapore Airlines (SIAL.SI) on Sunday, rounding out a family of lightweight jets on which the U.S. planemaker is betting its future.

The ceremonial key to the plane was handed to Singapore Airlines Chief Executive Goh Choon Phong on the tarmac at Boeing’s South Carolina plant, where the carbon composite jet is built, in front of more than a thousand Boeing workers and guests.

Goh called it a “beautiful aircraft” and an “unparalleled product for regional operations.”

Singapore Airlines was the first Southeast Asian carrier to buy Boeing’s 747 jumbo jet in 1972, Goh said, and the group is now the world’s first to operate all the 787 Dreamliner family of models.

The new Dreamliner was parked in front of a line of about 10 787 airplanes in various stages of completion.

Singapore Airlines, which expanded its order for 787-10s to 49 jets last year, plans to introduce the jet on services to Osaka, Japan, followed by Perth, Australia, starting in May.

The 787-10 is built exclusively at the North Charleston plant due to its large size, which prevents the transfer of sections to Boeing’s factory outside Seattle. Unlike the Washington state assembly lines, the plant, which has about 7,000 workers, is not unionized.

The aircraft, which sells for $326 million at list prices, completes a line-up of three models starting with the 787-8 which debuted in 2011. All boast carbon-composite fabrication materials, fuel efficiency and new state-of-the-air filtration systems with higher levels of humidity in the air for long-distance flight.

Europe’s Airbus (AIR.PA) competes against the 787-10 with its A330neo, an upgraded version of its most-sold wide-body aircraft with fuel-efficient engines and a new cabin.

Both jets are designed for shorter flights compared with other mid-size wide-body planes, tapping into the rapid growth of trade within Asia as well as across other regions.

But after brisk initial sales, orders for both models have slowed, with Airbus selling 214 of its A330neo.

The mid-sized 787-9 is the most popular variant and competes mainly with Airbus’s new-generation carbon-composite A350.

The 787 and A330neo are locked in a fierce battle for sales and profits in the market for jets with around 300 seats.

Boeing looks poised to win a hotly contested order from American Airlines (AAL.O), beating competition from the A330neo, people familiar with the matter said on Friday.