WASHINGTON/PARIS/ADDIS ABABA (Reuters) – Boeing Co’s 737 MAX 8 and 9 planes will be grounded for weeks if not longer until a software upgrade can be tested and installed, U.S. lawmakers said on Thursday, as officials in France prepare to begin analyzing the black boxes from a jet that crashed in Ethiopia.

Boeing said it had paused deliveries of its fastest-selling 737 MAX aircraft built at its factory near Seattle but continues to produce its single-aisle jets at full speed while dealing with the worldwide fleet’s grounding.

Investigators in France will be seeking clues into Sunday’s deadly Ethiopian Airlines crash after take-off from Addis Ababa killed 157 people from 35 nations in the second such calamity involving Boeing’s plane since October.

Possible links between the accidents have rocked the aviation industry, scared passengers, and left the world’s biggest planemaker scrambling to prove the safety of a money-spinning model intended to be the standard for decades.

U.S. Representative Rick Larsen said after a briefing with U.S. aviation officials the software upgrade would take a few weeks to complete, and installing it on all aircraft would take “at least through April.” He said additional training would also have to take place.

Boeing has said it would roll out the software improvement “across the 737 MAX fleet in the coming weeks.”

Relatives of the dead stormed out of a meeting with Ethiopian Airlines on Thursday, decrying a lack of transparency, while others made the painful trip to the crash scene.

“I can’t find you! Where are you?” said one Ethiopian woman, draped in traditional white mourning shawl, as she held a framed portrait of her brother in the charred and debris-strewn field.

After an apparent tussle over where the investigation should be held, the flight data and cockpit voice recorders were handed over to France’s Bureau of Enquiry and Analysis for Civil Aviation Safety (BEA).

Technical analysis would begin on Friday and the first conclusions could take several days, the BEA said, posting a picture of the partly crumpled, orange-cased box.

Nations around the world, including an initially reluctant United States, have suspended the 371 MAX models in operation, though airlines are largely coping by switching planes.

Nearly 5,000 MAXs are on order, meaning the financial implications are huge for the industry. Moody’s rating agency said the fallout from the crash would not immediately affect Boeing’s credit rating.

“We continue to build 737 MAX airplanes while assessing how the situation, including potential capacity constraints, will impact our production system,” Boeing spokesman Chaz Bickers said.

Boeing would maintain its production rate of 52 aircraft per month, and its newest version, the MAX, represents the lion’s share, although Boeing declined to break out exact numbers.

The investigation of Sunday’s crash has added urgency since the U.S. Federal Aviation Administration (FAA) on Wednesday grounded the 737 MAX aircraft, citing satellite data and evidence from the scene that indicated some similarities and “the possibility of a shared cause” with October’s crash in Indonesia that killed 189 people.

Though it maintains the planes are safe, Boeing has supported the FAA move. Its stock is down about 11 percent since the crash, wiping more than $26 billion off its market value. It fell 1 percent on Thursday.

U.S. and Canadian carriers wrestled with customer calls and flight cancellations and Southwest Airlines Co and American Airlines Group Inc, the largest U.S. operators of the 737 MAX, said they had started flying empty MAX aircraft to be parked elsewhere during the ban.

U.S. President Donald Trump, an aviation enthusiast with deep ties to Boeing, said he hoped the suspensions would be short. “They have to figure it out fast,” Trump told reporters at the White House.

A software fix for the 737 MAX that Boeing has been working on since the Lion Air crash in October in Indonesia will take months to complete, the FAA said on Wednesday.

And in what may presage a raft of claims, Norwegian Air has said it will seek compensation from Boeing for costs and lost revenue after grounding its fleet of 737 MAX.

Japan became the latest nation to suspend the 737 MAX planes on Thursday. And airline Garuda Indonesia said there was a possibility it would cancel its 20-strong order of 737 MAXs.

Under international rules, Ethiopians are leading the investigation but France’s BEA will conduct black box analysis as an adviser. The U.S. National Transportation Safety Board (NTSB) was also sending three investigators to assist.

Only France and the United States have the experience gleaned from being present at almost every crash involving an Airbus or Boeing respectively. 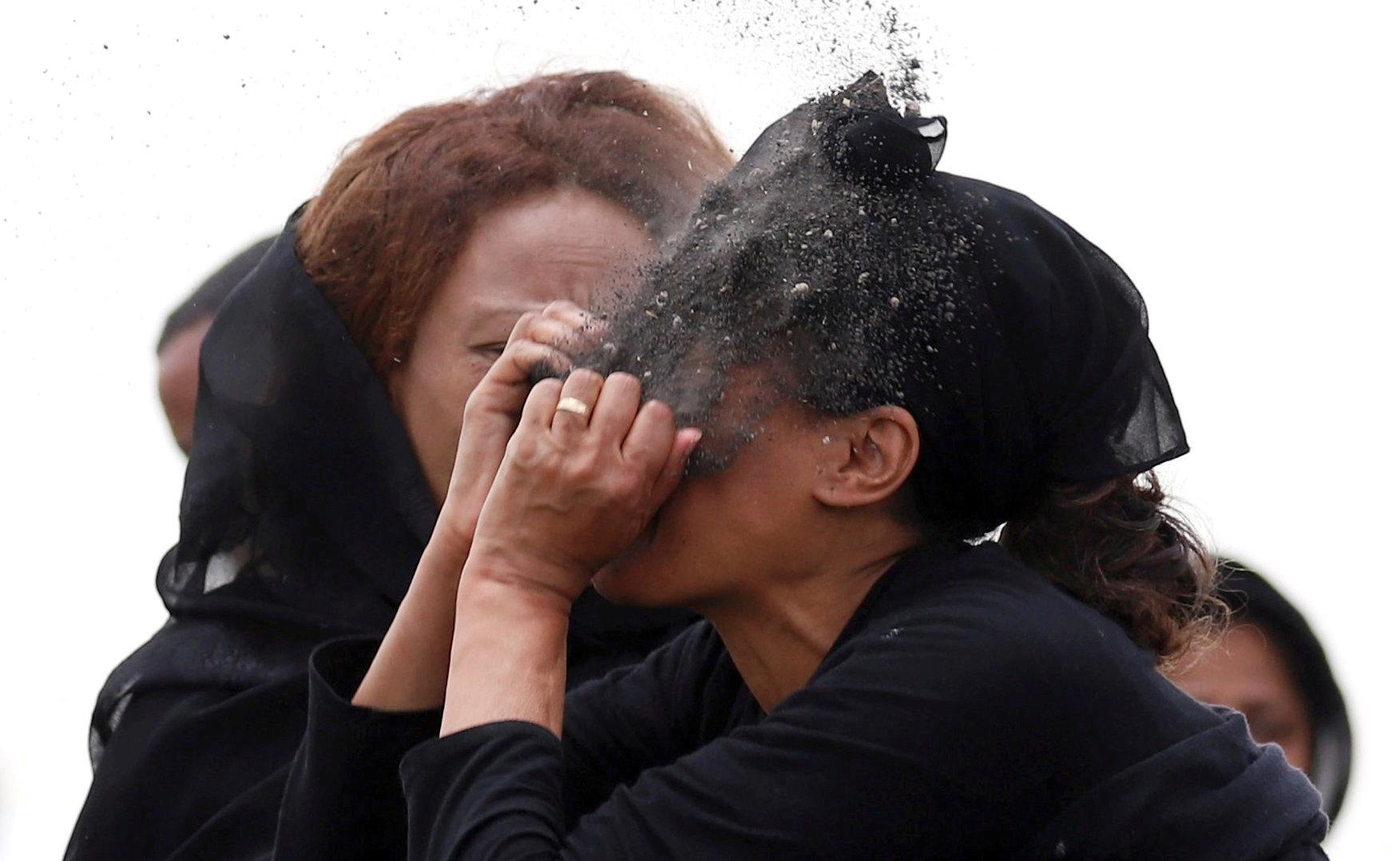 The cause of the Indonesian crash is still being investigated. A November preliminary report, before the retrieval of the cockpit voice recorder, focused on maintenance and training and the response of a Boeing anti-stall system to a recently replaced sensor, but gave no reason for the crash.

The pilot of Ethiopian Airlines Flight 302 had reported internal control problems and received permission to return, before the plane came down and burst into a fireball on arid farmland.