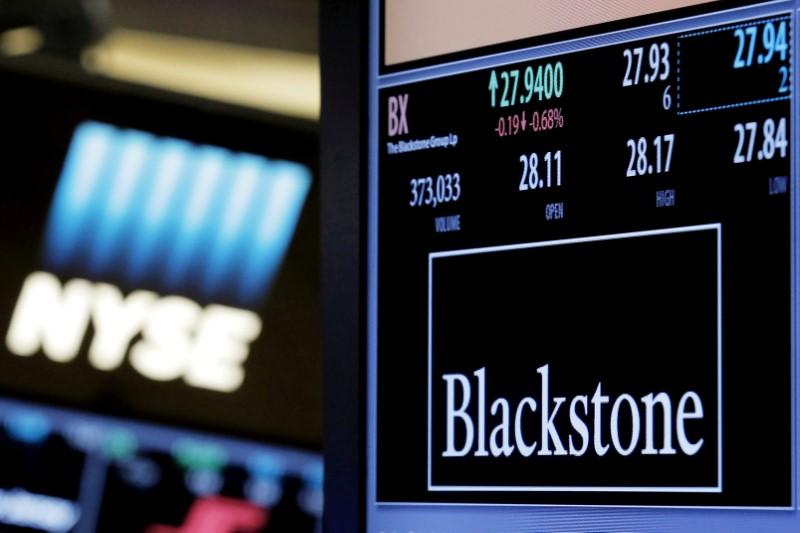 MUMBAI (Reuters) – Blackstone Group (BX.N) is buying stakes in two major office properties in central Mumbai as part of a deal with Indiabulls Real Estate (INRL.NS), two sources with knowledge of the transaction said on Sunday.

FILE PHOTO: The ticker and trading information for Blackstone Group is displayed at the post where it is traded on the floor of the New York Stock Exchange (NYSE), New York, NY, U.S., April 4, 2016. REUTERS/Brendan McDermid/File Photo

Indiabulls Real Estate said in a regulatory filing over the weekend that it had signed definitive agreements with entities controlled by Blackstone to “indirectly divest” 50 percent of two units at an aggregate enterprise value of about $1.46 billion but did not name the real estate assets.

The sources, who declined to be named, told Reuters that Indiabulls Finance Centre and One Indiabulls Centre in central Mumbai were the assets in which Blackstone would take 50 percent stakes.

The deal is expected to close before the end of the financial year in March, Indiabulls Real Estate said in the filing, adding that it would use a substantial part of the proceeds to repay debt.

Blackstone, which is among the biggest real estate investors in India, did not immediately respond to requests for comment.