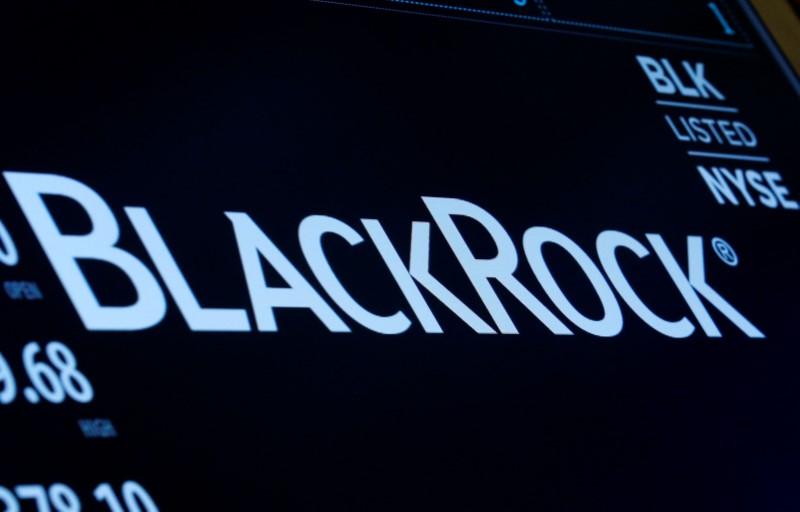 BOSTON (Reuters) – Asset manager BlackRock Inc said on Friday it is pressing gunmakers and weapons retailers in its portfolios to explain how they monitor firearm sales and use, and it is studying the creation of new index-based portfolios of stocks that would exclude gunmakers and retailers.

FILE PHOTO: The company logo and trading information for BlackRock is displayed on a screen on the floor of the New York Stock Exchange (NYSE) in New York, U.S., March 30, 2017. REUTERS/Brendan McDermid

The moves by BlackRock, the world’s largest asset manager with more than $6 trillion under management, amount to the most detailed critical stance by a big financial firm after last month’s deadly high school shooting in Florida.

“As it has for many people, the recent tragedy in Florida has driven home for BlackRock the terrible toll from gun violence in America. We believe that this event requires response and action from a wide range of entities across both the public and private sectors,” BlackRock said in a note to clients posted on its website.

Were it to launch the new portfolios, the step in theory might reduce demand for industry stocks given the firm’s leading stakes in companies like American Outdoor Brands Corp and Sturm Ruger & Co..

Representatives for the companies have not responded to questions about shareholder pressure this week and did not immediately respond to inquiries on Friday.

The financial sector has been under pressure from clients and safety activists to re-examine relations with the weapons industry after the Feb. 14 shooting in Parkland, Florida, that left 17 dead.

BlackRock also said it will ask gunmakers whether they monitor if their distributors and retailers“have a high volume of their guns identified as having been used in crimes.”

That could please gun-safety advocates like the Brady Campaign to Prevent Gun Violence, which has argued a small share of gun shops deserve the title of“bad apples” for failing to control their inventory.

For retailers, BlackRock said it is asking questions such as what strategies they use to prevent the potential misuse of guns, such as limits on bulk purchases.

BlackRock is the top shareholder in American Outdoor and Sturm Ruger and is second-largest in a third weapons producer, Vista Outdoor Inc.

The three represent just 0.01 percent of total assets, BlackRock said, which could make it easy for the company to exclude them. A spokesman declined to offer more detail about what new index-based portfolios might look like.

BlackRock’s investments in the gunmakers are held through passive products. BlackRock said it cannot sell securities held in such funds, leaving it with the responsibility to reach out to companies and, where necessary, to vote against directors or management.

BlackRock Chief Executive Larry Fink in recent years has emphasized the firm’s focus on social and governance issues, aimed at reducing portfolio risk. That stance, along with the company’s size has made it a focal point of gun-safety activists.

BlackRock had previously said it would engage with weapons companies, as have other firms including State Street Corp and Bank of America, but they have not offered as much detail about their questions to the industry.

Other big fund investors have not taken a public stance on gunmakers. Spokespeople for Vanguard Group and Fidelity have declined to discuss their engagement with specific companies.

A representative for American Funds parent Capital Group said via e-mail on Friday that the firm is“engaging with gun manufacturers to understand their plans to ensure the safe use of these products.”

Big retailers this week put in place new restrictions, such as a decision by Dick’s Sporting Goods to halt the sale of assault-style rifles and to raise to 21 the minimum age to buy firearms.