(Reuters) – For Jessica Lescault there is no question that her 6-year old English bulldog “Moose” deserves cutting-edge biotechnology cancer treatment as much as any human patient.

“Pets are your loved ones, pets should be your family, pets are not something you keep on a chain in the backyard,” the intensive-care nurse from Somers, Connecticut, said.

Lescault, 43, who enrolled Moose in a clinical trial of an experimental drug designed to help his immune system fight his cancer, represents the type of pet lover that has spurred animal health companies around the globe to invest in developing complex new treatments previously reserved for humans.

Biotechnology, which produces medicines from living cells, revolutionized the drug industry more than a quarter century ago with breakthrough medicines at prices that now run as high as hundreds of thousands of dollars a year.

In recent years, the cost of genetic testing and biotech drug production has fallen sharply, making biotechnology for pets financially viable at much lower prices, industry experts said. For a FACTBOX, click

“It’s not nearly as common for pivotal studies to fail in animal health as it is in human medicine. Most of them are successful,” said Cheryl London, professor in comparative oncology at Cummings School of Veterinary Medicine at Tufts University in Massachusetts.

Biotech drugs for pets, if proven safe and effective, would be a boon to a $44 billion veterinary medicines market currently dominated by vaccines, flea and tick repellents and anti-infectives.

A recent product launch has galvanized the industry.

Cytopoint for canine itch relief sold by Zoetis reached blockbuster status by animal health standards in its second year on the market. Launched in late 2016, Cytopoint generated 2018 sales of $129 million, and first-quarter 2019 sales jumped 65% from a year earlier.

Produced from cloned genetically engineered hamster cells over at least eight bio-processing steps, the monoclonal antibody is no less complex than comparable therapeutic proteins used in human medicine. But the cost to consumers is far less.

Like many biotech drugs, dose and cost is determined by weight. Zoetis declined to disclose its prices. But an animal hospital in Stamford, Connecticut, for example, charges $104 for a 40-pound (18 kg) dog. For much smaller dogs, a Cytopoint injection, which lasts about four to eight weeks, costs about $35 to $50. To keep a large dog from scratching itself raw could run $140 per shot.

The cost of a highly effective new anti-itch biotech drug to treat severe atopic dermatitis in humans can run about $30,000 a year.

“Cytopoint was a turning point that has made it clear that (biotech drugs) can be successful in this space,” London said. “Now there are an estimated five to ten companies developing antibodies for the veterinary market.”

That has created increased business for related services.

“It’s a big challenge for us to keep up with the pace of demand growth,” said Klaus Hellmann, managing director at Munich-based Klifovet AG, Europe’s largest contractor for late-stage clinical trials of veterinary drugs.

Aratana Therapeutics Inc’s canine lymphoma drug, Blontress, was launched in 2015, but later withdrawn after scientific data led the company to determine it was unlikely to be a financial success.

Declining costs has mitigated some of the risk.

“Over the past several years, human health has been able to advance the technology to improve efficiency of their cell production systems,” said Rob Polzer, head of global therapeutics research for Zoetis.

Zoetis can repurpose and optimize existing procedures, mechanisms of action and technologies, it said.

The company is seeking approval for a biotech medicine to treat osteoarthritic pain in cats, with plans for a 2021 market launch and a similar product for dogs thereafter.

Others have jumped on the bandwagon.

German start-up Adivo was spun out of biotech firm Morphosys (MORG.DE) in March 2018 out of frustration by its founders that scientific advances for humans were not translating into better treatment options for their dogs.

It has since struck a global collaboration deal with Bayer’s (BAYGn.DE) animal health unit for its early-stage research platform for animal-specific monoclonal antibodies – the backbone of biotechnology.

This could prove a lifesaver for Moose, the bulldog in the oncology drug trial.

In early August, Lescault discovered a mass on Moose’s throat, soon followed by deteriorating health and a diagnosis of canine B-cell lymphoma. Moose was given one to two months to live without treatment or about a year with 25 weeks of punishing chemotherapy.

Tufts declined to disclose the compound or the study’s sponsor. But more than three weeks into the trial, Moose’s cough and labored breathing has disappeared and he is back to his playful and boisterous self, Lescault said. 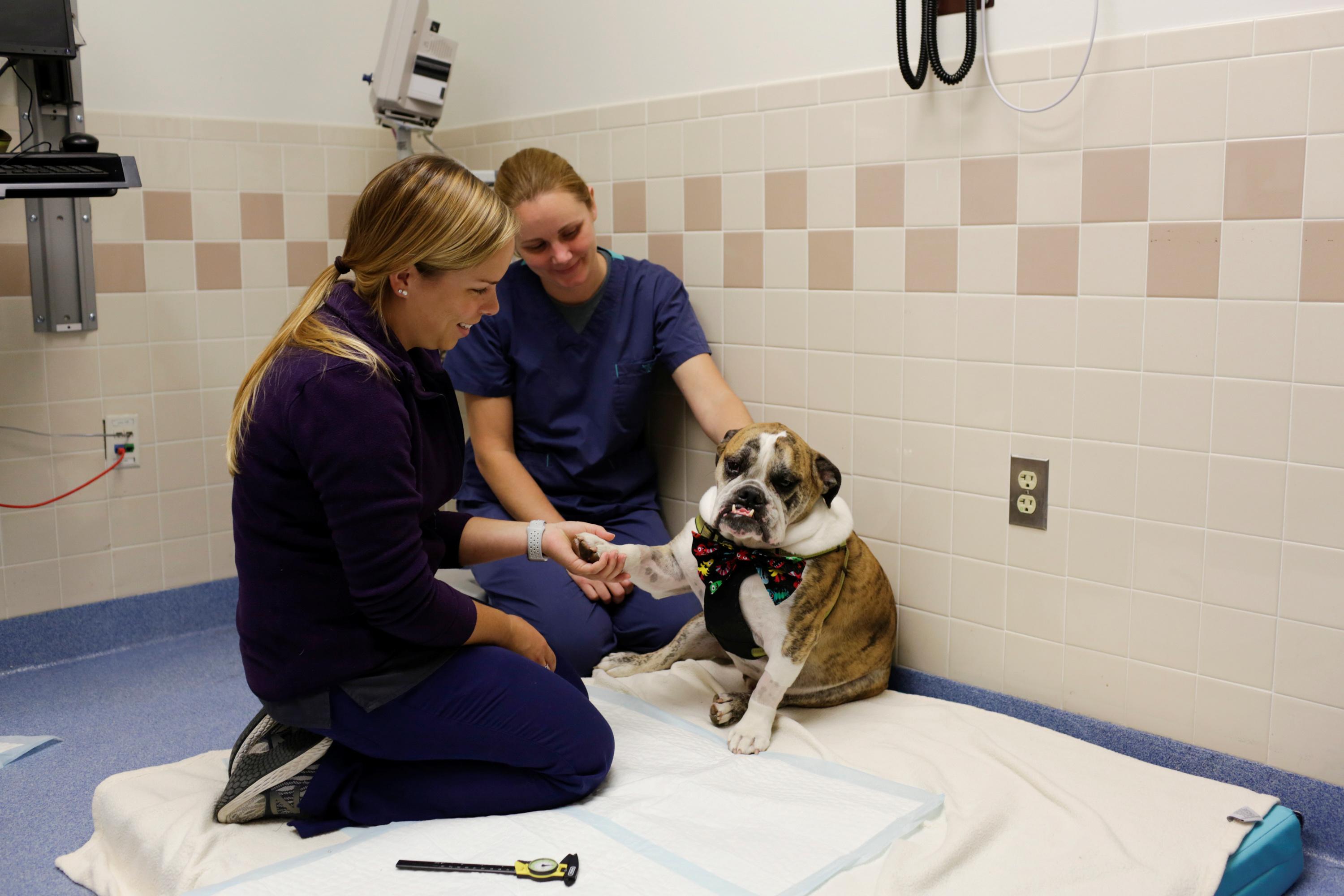 While treatment in a clinical trial is free, Lescault said she would not hesitate to pay thousands of dollars for a safe and effective drug to save Moose. “I wouldn’t blink an eye,” she said.

That is exactly what drug companies are banking on.