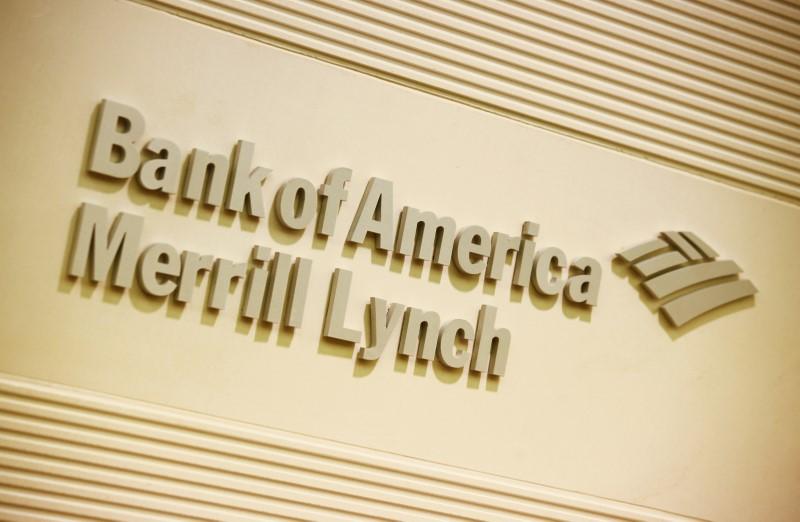 FILE PHOTO: The company logo of the Bank of America and Merrill Lynch is displayed at its office in Hong Kong March 8, 2013. REUTERS/Bobby Yip

Morgan Stanley had a mean gender pay gap of 42.8 percent for 2017, a spokesman for the U.S. bank told Reuters. Credit Suisse put its gap at 39.2 percent and Bank of America reported a difference of 28.7 percent.

The British government has ordered thousands of large UK employers to disclose their gender pay gaps by April 5.

“For me, these numbers are disappointing, and while they reflect an improvement, there is clearly much work to be done,” Mathers wrote, referring to the fact that the median pay gap had improved to 28.9 percent in 2017 from 31.9 percent in 2016.

All three banks said the main cause of the gap was the higher proportion of men in senior roles.

“Addressing this gap through a more gender-balanced workforce at our own organization, and across the broader financial services industry, will take time,” said Sheri Bronstein, BAML’s global human resources executive, in the bank’s report.

The gender pay gap measures the difference between the average hourly salary of men and women.

The pay disparity for bonuses is even higher, with Bank of America and Credit Suisse reporting mean gender bonus gaps of 57.9 percent and 70.2 percent respectively.

BAML also reported gender and bonus pay gaps in its international business and Bank of America and Merrill Lynch divisions.