Toyota trucks are shown on a car carrier for delivery after arriving in the United States in National City, California, U.S. June 27, 2018. REUTERS/Mike Blake

“The greatest threat to the U.S. automotive industry at this time is the possibility the administration will impose duties on imports in connection with this investigation,” wrote the Association of Global Automakers representing major foreign automakers. “Such duties would raise prices for American consumers, limit their choices, and suppress sales and U.S. production of vehicles.”

The group added: “Rather than creating jobs, these tariffs would result in the loss of hundreds of thousands of American jobs producing and selling cars, SUVs, trucks and auto parts.”

On Friday Trump threatened to impose a 20 percent tariff on all imports of EU-assembled cars. On Tuesday Trump said tariffs are coming soon. “We are finishing our study of Tariffs on cars from the E.U. in that they have long taken advantage of the U.S. in the form of Trade Barriers and Tariffs. In the end it will all even out – and it won’t take very long!” Trump tweeted.

“We believe the resulting impact of tariffs on imported vehicles and vehicle components will ultimately harm U.S. economic security and weaken our national security,” the group wrote, calling the tariffs a “mistake” and adding imposing them “could very well set a dangerous precedent that other nations could use to protect their local market from foreign competition.”

The Alliance said its analysis of 2017 auto sales data showed a 25 percent tariff on imported vehicles would result in an average price increase of $5,800, which would boost costs to American consumers by nearly $45 billion annually.

Automakers are concerned tariffs would mean less capital to spend on self-driving cars and electric vehicles. 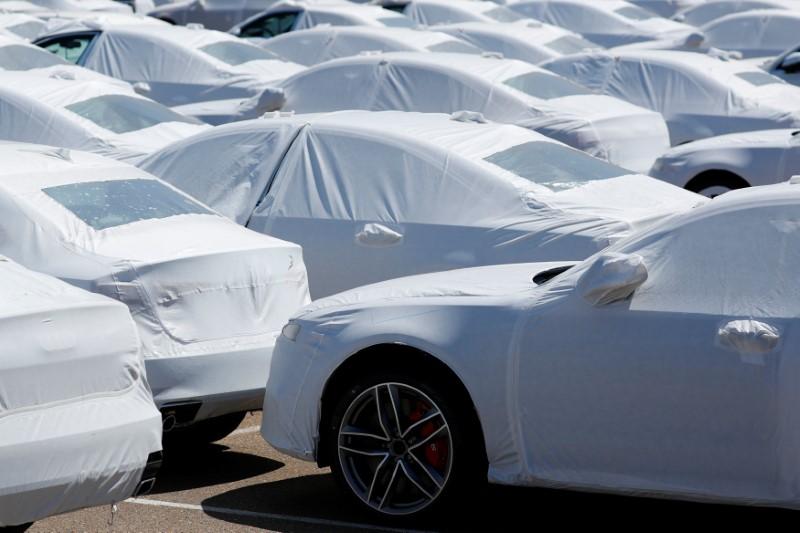 “We are already in the midst of an intense global race to lead on electrification and automation. The increased costs associated with the proposed tariffs may result in diminishing the U.S.’ competitiveness in developing these advanced technologies,” the Alliance wrote.

Toyota said in a statement Wednesday that new tariffs “would increase the cost of every vehicle sold in the country.” The automaker said the tariffs would mean even a Toyota Camry built in Kentucky “would face $1,800 in increased costs.”

Both automotive trade groups cited a study by the Peterson Institute for International Economics that the cost to U.S. jobs from the import duties would be 195,000 jobs and could be as high as 624,000 jobs if other countries retaliate.

The German Association for Small and Medium-sized Businesses said the “pattern of rising protectionism is very likely to continue if the U.S. decide to impose tariffs on foreign automobiles and automobile parts, thus causing tremendous damage to both economies.”

Alabama Governor Kay Ivey, a state that produced nearly 1 million vehicles and 1.7 million engines built by foreign automakers last year, urged the Commerce Department not to invoke the tariffs. She said job losses from new levies could be “devastating.”

The proposed tariffs on national security grounds have been met by opposition among many Republicans in Congress.

Trump has made the tariffs a key part of his economic message and repeatedly lamented the U.S auto sector trade deficit, particularly with Germany and Japan. Some aides have suggested that the effort is a way to try to pressure Canada and Mexico into making more concessions in ongoing talks to renegotiate the North American Free Trade Agreement.

U.S. Commerce Secretary Wilbur Ross said on Thursday the department aimed to wrap up the probe by late July or August. The Commerce Department plans to hold two days of public comments in July on its investigation of auto imports.

The Commerce Department has asked if it should consider U.S. owned auto manufacturers differently than foreign automakers.

The Association of Global Automakers rejected that contention, saying its members’ American workers “are no less patriotic or willing to serve their country in a time of crisis than any other Americans.”

The group questioned national security as grounds to restrict auto imports. “America does not go to war in a Ford Fiesta,” they added.

The Alliance said “there is no basis to claim that auto-related imports are a threat to national security” and noted that 98 percent of U.S. auto imports came from U.S. national security allies.