The Audi e-tron midsize SUV will be offered in the United States next year at a starting price of $75,795 before a $7,500 tax credit. It is one of a volley of electric vehicles coming from Volkswagen AG (VOWG.DE) brands, as well as other European premium brands including Daimler-owned (DAIGn.DE) Mercedes-Benz, BMW (BMWG.DE), Volvo Cars and Jaguar Land Rover.

All aim to expand the market for premium electric vehicles and also to grab share of that market from Palo Alto, California-based Tesla, which has had the niche largely to itself.

“I want Audi to be the number-one electric vehicle seller in America over the long term,” Audi of America President Scott Keogh told Reuters in an interview on Monday.

Tesla CEO Elon Musk, who is also head of rocket company SpaceX, planned to mark the e-tron launch occasion by staging a SpaceX event in Los Angeles at roughly the same time on Monday evening as Audi’s unveiling.

Audi and parent Volkswagen are using the U.S. launch of the e-tron SUV in mid-2019 to take aim at one obstacle to expanding electric vehicle sales – the lack of convenient ways to recharge their batteries. 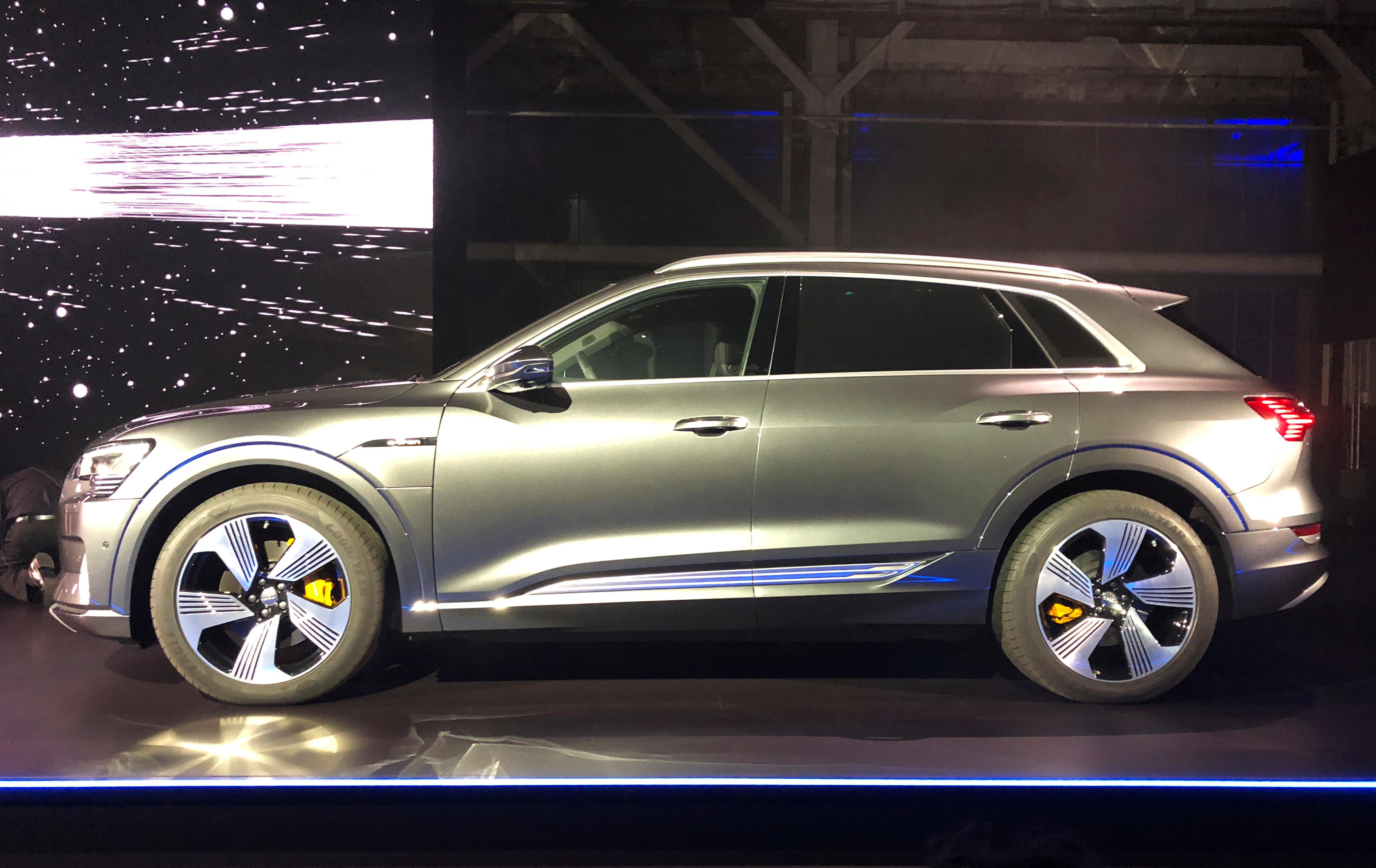 Audi will partner with online retailer Amazon to sell and install home electric vehicle charging systems to buyers of the e-tron, the companies said on Monday. Amazon will deliver the hardware and hire electricians to install them through its Amazon Home Services operation.

Amazon’s partnership with Audi to provide home charging systems is the first time the online retailer has struck such a deal with an automaker, and signals a new front in Amazon’s drive to expand its reach into consumers’ homes beyond the presence of its Alexa smart speakers in living rooms and kitchens.

Audi executives said home charging stations would cost about $1,000, depending on the home’s electrical system.

Tesla offers wall connectors for home charging at a $500 list price, and will arrange for installation, according to the company.

At the same time, Electrify America, a company funded by Volkswagen as part of its settlement of U.S. diesel emission cheating litigation, plans to launch next year the next round of installations of public charging stations, Electrify America executives told Reuters.

Tesla has developed its own network of Supercharger charging stations with more than 11,000 chargers in North America. Electrify America plans to have 2,000 chargers installed by mid-June next year. Those will be open to any vehicle, and customers can swipe a credit card to recharge.

Audi has been heralding the launch of the e-tron SUV for some time, but until Monday it had not shared many details of the vehicle.

The e-tron is electric, and has two electric motors – one in the front and one in the rear – driving all four wheels. The Hungarian factory building motors for the e-tron will start with a production pace equivalent to 200 vehicles a day, Audi officials said.

In Europe, the vehicle will use cameras instead of conventional mirrors to give drivers a view to the rear. That feature is still not approved by U.S. regulators.

However, in many other respects the e-tron is a conventional, mainstream luxury SUV. It offers seating for five, and its length and wheelbase position it in the center of the market for midsize, five-passenger luxury SUVs such as the BMW X5. The e-tron is 5 inches (13 cm) shorter than the Tesla Model X, and it has conventional doors. The Model X uses vertically opening “falcon wing” doors.

The e-tron will have an advanced cruise-control system that can keep the car within a lane and maintain a set distance behind another vehicle, but the system will be designed so that drivers must keep hands on the wheel.

Audi officials said they do not have official range estimates for the e-tron SUV under U.S. testing procedures. The e-tron’s 95 kWh battery has less capacity than the 100 kWh battery used in the Tesla Model X 100D model, but more than the base Model X 75D.