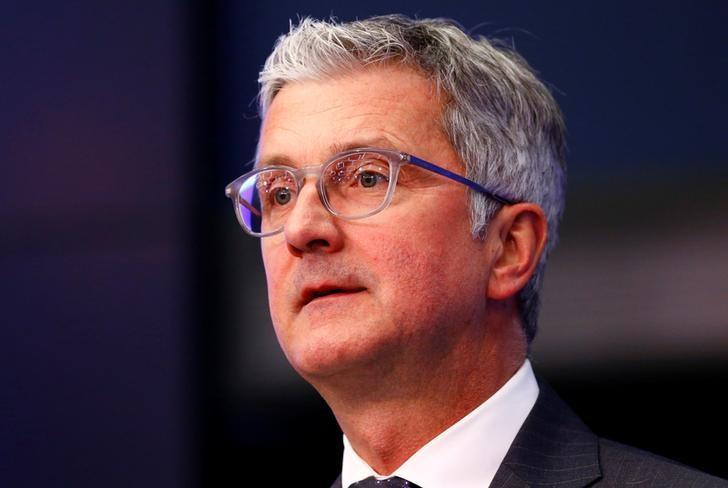 BERLIN (Reuters) – Audi (NSUG.DE) Chairman Matthias Mueller appealed to workers to ignore a media report that Chief Executive Rupert Stadler was about to be ousted, hoping to quell another outbreak of unrest at the diesel scandal-hit Volkswagen group.

German tabloid Bild reported on its front page on Friday that Stadler would leave in April for his mishandling of the diesel-emissions affair, in which Audi played a prominent role, but would switch to a new role as VW group finance chief.

In a message to Audi staff, Mueller, who is also CEO of parent company Volkswagen, said the luxury carmaker needed the full concentration of management and workers to overcome its current challenges under Stadler’s “proven leadership”.

Audi’s headquarters were searched last week by German prosecutors widening their inquiry into the manipulation of diesel-emissions tests, which was exposed by U.S. authorities in September 2015 and has plagued VW ever since.

“Please pay no attention to the personnel speculation spread by the media, which lacks any foundation,” Mueller said in the message sent to Reuters by email.

Stadler ran finance at Audi for four years before becoming CEO in 2007. He was a confidant of, and former assistant to, then-VW chairman Ferdinand Piech, the scion of Volkswagen’s controlling clan who was ousted in 2016.

Sources close to Audi said there had been no discussion on the supervisory board about replacing Stadler. The controlling panels at Audi and parent VW are due to hold separate regular meetings next week.

Porsche SE (PSHG_p.DE), the group through which the billionaire Porsche and Piech families control their majority stake in VW, declined comment.

A senior source close to VW told Reuters last week that Stadler still had the backing of the Porsche-Piech clan.

Audi, VW’s main profit contributor, did not admit to using illicit emissions control devices in the United States until November 2015, two months after the scandal at parent VW was revealed.

But Audi developed the bigger 3.0 liter V6 diesel engines used in about 80,000 VW, Audi and Porsche models that in 2015 were found to be equipped with illicit software and to exceed U.S. emissions limits.