WASHINGTON (Reuters) – Ten American and foreign automakers went to the White House on Friday to push for a weakening of U.S. fuel efficiency standards through 2025, while President Donald Trump used the occasion to launch a fresh attack on the North American Free Trade Agreement that has benefited the companies.

A draft proposal circulated by the U.S. Transportation Department would freeze fuel efficiency requirements at 2020 levels through 2026, rather than allowing them to increase as previously planned. Trump’s administration is expected to formally unveil the proposal later this month or in June.

“We’re working on CAFE standards, environmental controls,” Trump told reporters at the top of the meeting, referring to the Corporate Average Fuel Economy standards for cars and light trucks in the United States.

But much of the hour-long meeting focused on NAFTA. Trump blasted the pact involving the United States, Canada and Mexico as “terrible” and noted that negotiations to make changes sought by his administration were ongoing.

“NAFTA has been a horrible, horrible disaster for this country and we’ll see if we can make it reasonable,” Trump said.

Automakers have called NAFTA a success, allowing them to integrate production throughout North America and make production competitive with Asia and Europe, and have noted the increase in auto production over the past two decades with the deal in place. They have warned that changing NAFTA too much could prompt some companies to move production out of the United States.

Major automakers reiterated this week they do not support freezing fuel efficiency requirements but said they want new flexibility and rule changes to address lower gasoline prices and the shift in U.S. consumer preferences to bigger, less fuel-efficient vehicles.

Fiat Chrysler chief executive Sergio Marchionne told Reuters before the meeting his company is “fully supportive” of Trump’s efforts to revise the rules and hoped for “an agreed way forward.”

Automakers also want the White House and California to reach agreement on maintaining national standards, fearing a prolonged legal battle could leave the companies facing two different sets of rules – and the state level and nationally – and extended uncertainty.

Hinrich Woebcken, chief executive of the North American region for VW, told Reuters the meeting was a “great opportunity” to have an exchange of ideas about the future of emissions rules. 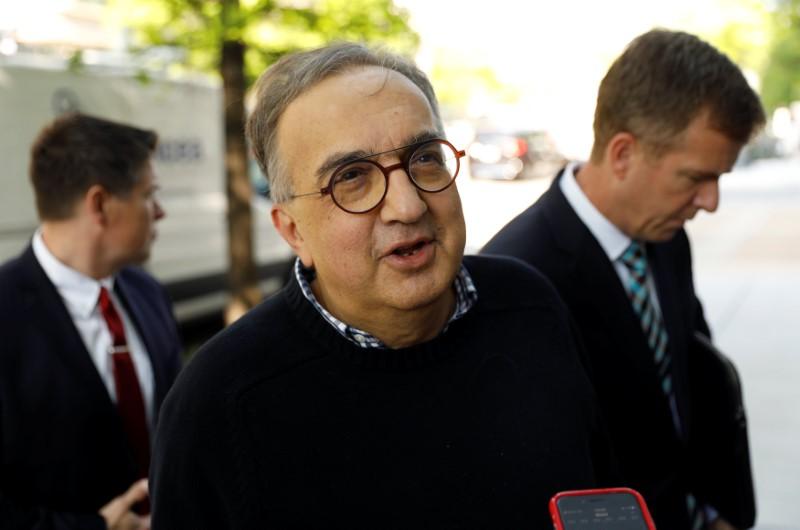 California and 16 other states covering about 40 percent of the U.S. population filed suit last week to block the Trump administration’s efforts to weaken the fuel efficiency requirements.

Marchionne said he still hopes the administration could reach a deal with California to maintain nationwide emissions standards.

Mitch Bainwol, who heads the Alliance of Automobile Manufacturers, told a congressional committee on Tuesday the industry supports “standards that increase year over year that also are consistent with marketplace realities.” Bainwol said the industry remains hopeful that there will be a “negotiation” between the White House, California and the auto industry.

The industry also notes it faces rising fuel efficiency standards around the globe and is spending billions of dollars to introduce new battery electric vehicles in the coming years.

Democrats and environmental advocates plan to aggressively challenge the Trump administration’s plans to weaken the vehicle rules touted by Democratic former President Barack Obama’s administration as one of its biggest actions to combat climate change by reducing planet-warming emissions.

The Trump administration plans to argue the weaker rules will lead to cheaper vehicles, boost sales and employment and improve safety by prodding faster turnover of older vehicles.

The Obama-era rules adopted in 2012 sought to double average fleet-wide vehicle fuel efficiency to about 50 miles (80 km) per gallon by 2025, but included an evaluation due by April 2018 to determine if the rules were appropriate.