Tech tie-ups with the likes of Alibaba (BABA.N) and Tencent (0700.HK) will not directly lift the British group’s drug sales, since they are not specific for any one company’s products and in many cases will be low-cost or free.

But it will expand the overall market and represents a soft power play that dovetails neatly with Beijing’s support for Internet-based healthcare systems to alleviate a lack of doctors, overcrowding and poor grassroots healthcare.

“Down the line we benefit, our products benefit, because we have better relationships with doctors and hospital managers and also because we diagnose more patients and they get better treated,” Chief Executive Pascal Soriot told Reuters.

Surrounded by the latest gizmos at the World Internet of Things Exposition in Wuxi, eastern China, Soriot says he wants to use the power of artificial intelligence, robots and apps to help transform diagnosis and disease management.

AstraZeneca has been on a tear in China, more than doubling its sales since 2012, helped by regulatory reforms to fast-track new drugs, and today generates 18 percent of revenue in the country — a far higher proportion than rivals.

Yet Soriot is anxious to do more to keep doctors and government officials on-side in the world’s second-biggest drugs market, as soaring demand strains the state insurance system and squeezes medicine prices.

The company’s underlying conviction is that it has the right medicines across chronic diseases like cancer, diabetes and respiratory disorders to win in China. 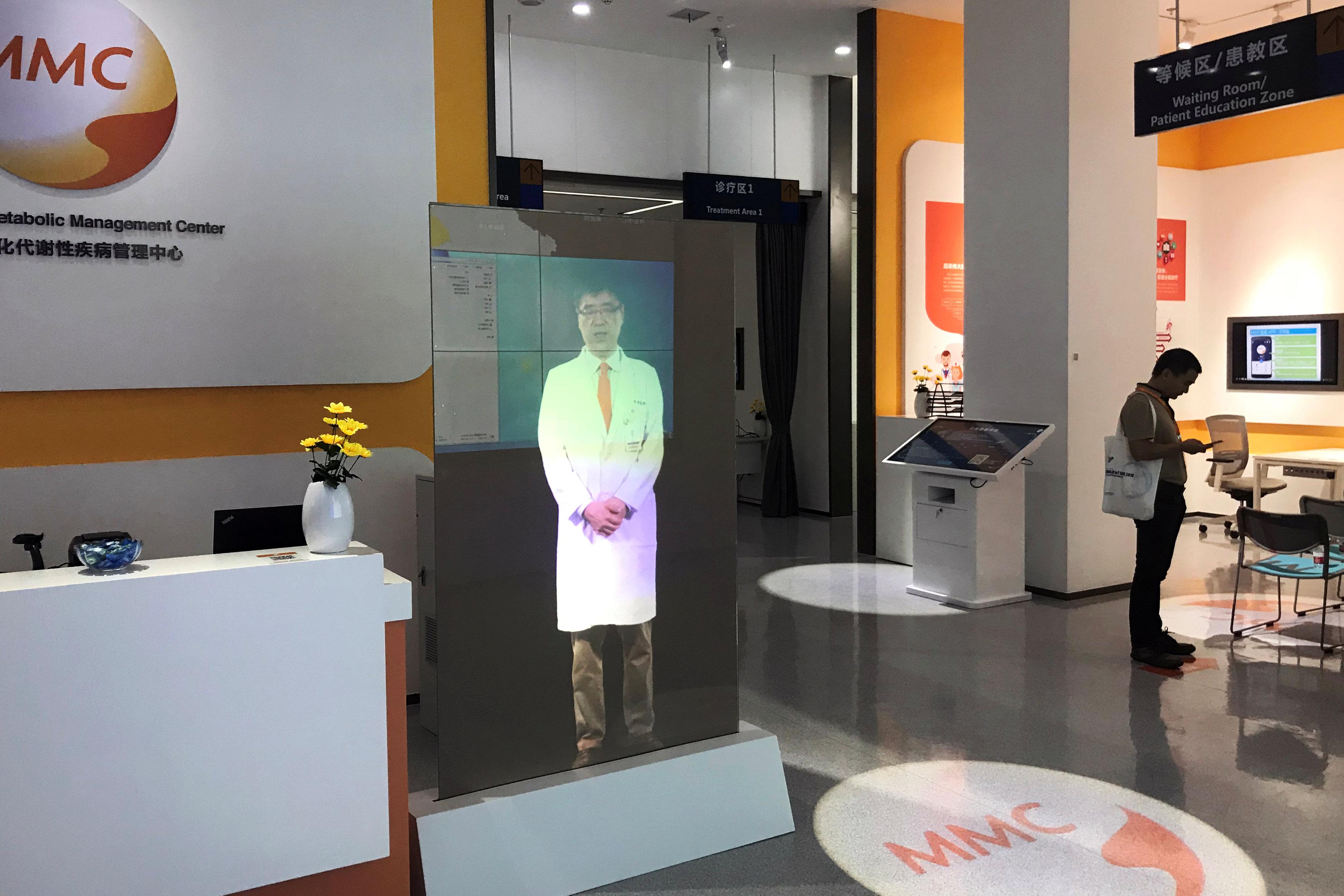 Soriot believes that can keep AstraZeneca growing in a pivotal market in the coming years, even though annual growth is likely to slow to nearer 15 percent from the breakneck 33 percent seen in the first half of 2018.

The company has moved quickly to exploit China’s new-found willingness to use innovative Western drugs.

Last year it won a record-fast approval for lung cancer pill Tagrisso, which is designed for patients with a genetic mutation that is particularly common in China.

It hopes to get a green light before the end of 2018 — well before U.S. approval — for a new anemia drug called roxadustat being developed with FibroGen (FGEN.O).

China-first approvals for drugs like roxadustat and Elunate, a colorectal cancer treatment from Eli Lilly (LLY.N) and Hutchison China MediTech (HCM.L), mark a reversal of the historical pattern of Chinese patients getting new drugs years after their launch in the West.

There is, however, a trade-off. Multinationals that relied in the past on selling older drugs at premium prices in China are seeing prices slashed. AstraZeneca took a 50 percent haircut last year on the price of Iressa, its predecessor to Tagrisso.

“The government wants to give access to better medicines to more people,” said Soriot, who admitted that pressure on prices had come sooner than he expected.

“To some extent the economy is growing so there is more money to do that, but there is not enough money … They have to make room in the budget for innovation.”

With 1.4 billion people, around 18 percent of the world’s population, China has more cases of cancer and diabetes than any other nation, fueled by fast food, smoking and pollution, global health data show.

“There are enormous unmet medical needs in China, particularly in oncology, and 30 percent of the world’s cancer patients are in China,” Christian Hogg, Chief Executive of Hutchison China MediTech, told Reuters.

“There is almost an inevitability that the Chinese pharmaceutical industry is going to grow to be the largest in the world in due course.”

The firm, also known as Chi-Med, is working with AstraZeneca on a novel oncology drug targeting kidney, lung and stomach tumors.

AstraZeneca is bolstering its sales force to meet this growing demand. It has around 7,500 sales staff in China and is looking to push into smaller cities — boosting volume and helping offset lower prices.

It aims to get more drugs onto a list of medicines covered by basic insurance schemes — the national drug reimbursement list — and onto fast-track approvals, Soriot said. The list was most recently updated last year after an eight-year hiatus.

“It’s the first time a government fund works with a foreign company in researching new drugs for Chinese patients,” Leon Wang, AstraZeneca’s China head, said in an interview at the firm’s Shanghai headquarters. “So we like that.”

Wang added there were still many patients who went undiagnosed or untreated, and that the firm’s aggressive expansion, even to “village clinics”, was helping make the difference against rivals tapping growing demand.

“Chronic disease, oncology drugs, specialty care, rare disease, these will all explode I think,” he said.

(For a graphic on ‘Booming China sales’ click tmsnrt.rs/2pbCLGo)

Reporting by Adam Jourdan in WUXI and Ben Hirschler in LONDON; Editing by Catherine Evans