SYDNEY/SHANGHAI (Reuters) – Share markets in Asia plunged to a 19-month low on Thursday after Wall Street’s worst losses in eight months led to broader risk aversion, a rise in market volatility gauges and concerns over overvalued stock markets in an environment of rapidly rising dollar yields.

A man is seen behind an electronic board displaying the Nikkei average and Japanese yen rate againt the U.S. dollar at the Tokyo Stock Exchange in Tokyo, Japan, October 11, 2018. REUTERS/Issei Kato

MSCI’s broadest index of Asia-Pacific shares outside Japan was off 3.8 percent around 0500 GMT, and earlier touched its lowest level since March 2017.

Markets in Europe are seen as unlikely to stem the bleeding, with financial spreadbetters expecting London’s FTSE to open 1.4 percent lower at 7,047, Frankfurt’s DAX to open down 1.8 percent at 11,501 and Paris’ CAC to open down 2.1 percent at 5,096. The sell-off, which came as the head of the International Monetary Fund, Christine Lagarde, said stock market valuations have been “extremely high”, erased hundreds of billions of dollars of wealth around the region.

“Equity markets are locked in a sharp sell-off, with concern around how far yields will rise, warnings from the IMF about financial stability risks and continued trade tension all driving uncertainty,” summed up analysts at ANZ.

Japan’s Nikkei ended down 3.9 percent its steepest daily drop since March, while the broader TOPIX lost around $207 billion in market value, falling 3.5 percent.

Shanghai shares dropped 4.9 percent, on track for their worst day since February 2016, to their lowest level since late 2014, while China blue chips slid 4.4 percent.

Shares in Taiwan were among the region’s worst-hit, with the broader index losing 6.3 percent. Seoul’s Kospi index was down 3.8 percent.

“We can’t see where the bottom point will be,” said Chien Bor-yi, an analyst at Taipei-based Cathay Futures Consultant.

“Further short-term equity pain may well be unavoidable in South Korea as foreigners are selling, but bond market is holding up,” said Peter Park, head of securities management at South Korea’s IBK Insurance.

Sinking global shares have raised the stakes for U.S. inflation figures due later on Thursday as a high outcome would only stoke speculation of more aggressive rate hikes from the Federal Reserve.

“We’re all just watching the Fed. We’re all watching the U.S. economy, we’re worrying about an inflation spike or a wages spike that will come through,” said Rob Carnell, chief economist and head of research at ING in Singapore.

But he said that he expected the data to show inflation peaking rather than moving sharply higher, which “could restore a little bit of calm.”

On Wall Street, the S&P500’s sharpest one-day fall since February wiped out around $850 billion of wealth as technology shares tumbled on fears of slowing demand.

The blood letting was bad enough to attract the attention of U.S. President Donald Trump, who pointed an accusing finger at the Fed for raising interest rates.

“I really disagree with what the Fed is doing,” Trump told reporters before a political rally in Pennsylvania. “I think the Fed has gone crazy.”

It was hawkish commentary from Fed policymakers that triggered the sudden sell off in Treasuries last week and sent long-term yields to their highest in seven years.

The surge made stocks look less attractive compared to bonds while also threatening to curb economic activity and profits.

“The rise in Treasury yields has been the primary catalyst for the sell-off in equities, since higher yields suggest a lower present value of future dividend streams, assuming an unchanged economic outlook,” said Steven Friedman, senior economist at BNP Paribas Asset Management.

“It is also possible that equity investors are growing concerned that the Federal Reserve’s projected rate path will choke off the expansion.” 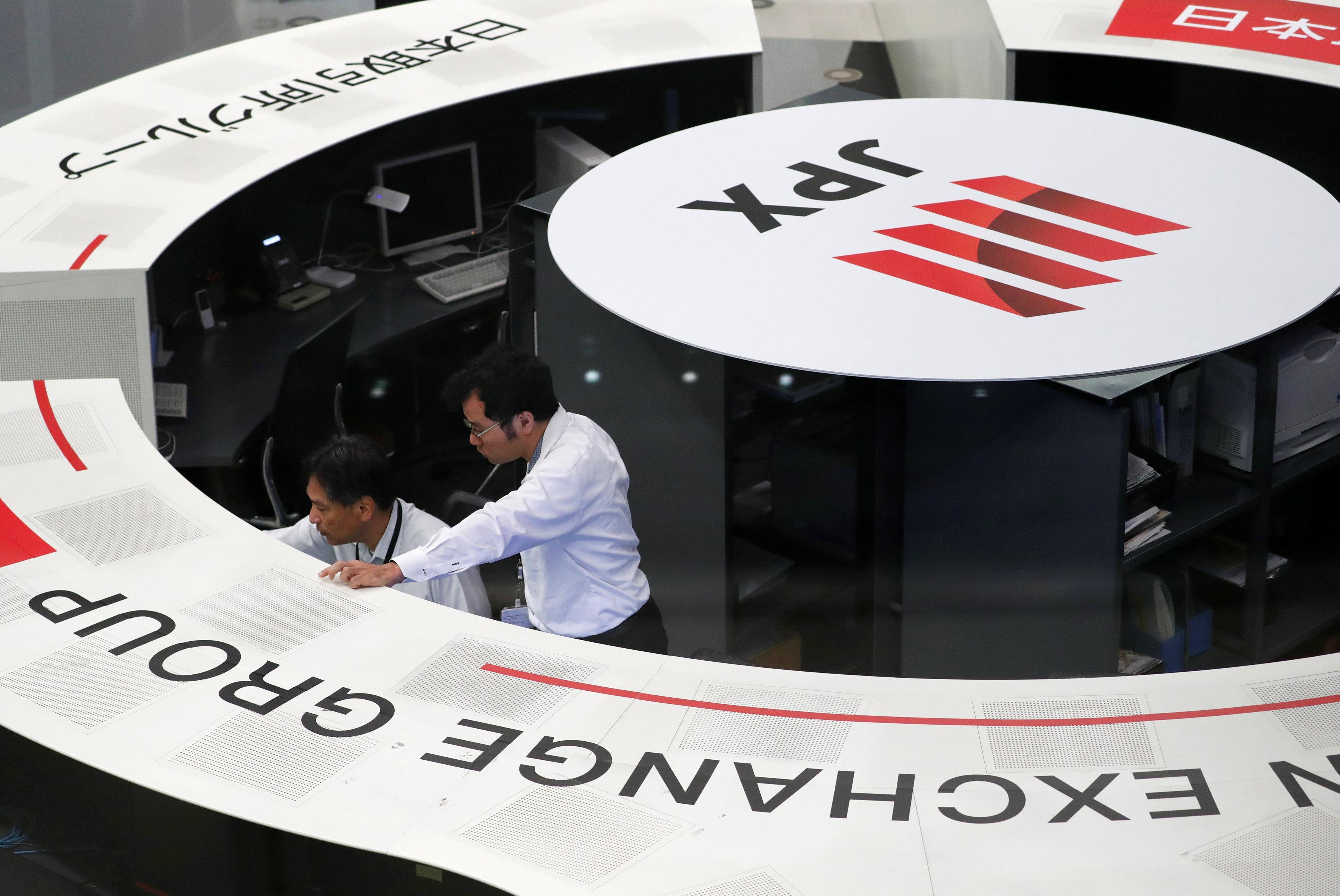 The shift in yields is also sucking funds out of emerging markets, putting particular pressure on the Chinese yuan as Beijing fights a protracted trade battle with the United States.

On Thursday, the president of the World Bank said he is very concerned about trade tensions and warned of a “clear” global economic slowdown if tariff threats escalate.

China has suspended approvals for an overseas investment product in Shanghai and has asked license holders such as JPMorgan Asset Management and Aberdeen Standard Investments to be “low profile” in marketing it, as concerns rise in Beijing over possible outflow pressures.

China’s central bank has been allowing the yuan to gradually decline, breaking the psychological 6.9000 barrier and leading speculators to push the dollar up to 6.9377 at 0602 GMT.

China’s move has forced other emerging market currencies to weaken to stay competitive, and drawn the ire of the United States which sees it as an unfair devaluation.

“The yuan has already weakened significantly, to offset the tariffs announced so far,” said Alan Ruskin, Deutsche’s global head of G10 FX strategy. “Further weakness could exacerbate concerns of a self-fulfilling flight of capital, and a loss of control.”

There was also a danger for the U.S. if Beijing had to intervene heavily to support the yuan as it could lead to China selling U.S. Treasuries, he added.

The dollar was already losing ground to both the yen and the euro, as investors favored currencies of countries that boasted large current account surpluses.

In commodity markets, gold struggled to get any safety bid and edged down to $1,192.77.

Oil prices skidded in line with U.S. equity markets, even though energy traders worried about shrinking Iranian supply from U.S. sanctions and kept an eye on Hurricane Michael, which closed some U.S. Gulf of Mexico oil output. [O/N]