NEW YORK (Reuters) – A bear market in the so-called FAANG stocks – Wall Street’s most popular trade going into the year – is pushing fund managers into searching for the next big growth companies that can lead the overall market higher.

Since then, problems ranging from Facebook’s data privacy scandals to Apple’s declining iPhone sales to Netflix’s rising cash burn rate have cratered the stocks, helping push the tech-heavy Nasdaq Composite index to the edge of a bear market. The Nasdaq lost another 1.7 percent in midday trading Friday.

With shares of the FAANGs down by an average of 25.6 percent since the start of the quarter, fund managers and analysts are starting to reconsider their approach to growth, treating the FAANG stocks less like a single bloc and more on their individual merits.

“This was a year when at the start of it you had to own the FAANG names and at the end of it you don’t want to own any of them,” said Kevin Landis, portfolio manager at the Firsthand Technology Opportunities fund.

Landis, who has been trimming his position in Apple yet still holds Amazon.com and Alphabet among his 10 largest positions, said that the FAANG group is breaking down as the companies mature and their growth plateaus.

There are still things to like about each FAANG stock, of course. Netflix surprised analysts with its subscriber growth in its most recent quarter, for instance, while Facebook is continuing to grow quickly overseas and Amazon’s profitability came in higher than Wall Street had predicted.

Yet each company is also facing hurdles that belie the notion that they will continue to dominate the stock market. Netflix, for instance, is trying to weather a faster cash burn rate as the cost of content increases, while revenue growth for Google’s search and YouTube advertising is slowing amid stronger competition from Amazon.

Facebook is facing higher costs and greater regulatory scrutiny, while Apple grapples with a slower-growing market for smart phones and Amazon is weighed down by higher spending costs.

The steep slide in the stock market will likely break apart the popularity of investing in the stocks as a single trade, he said. “Facebook has almost daily scandals and Netflix has the impending loss of Disney/Fox content, but the others have really done nothing wrong at all,” he said.

Tom Plumb, portfolio manager of the Plumb Equity fund, said that he has largely stayed away from the crowded FAANG stock trade because of their high valuations. Yet of the group, he expects that Facebook is the least likely to rebound quickly, cracking the group further.

“Companies  that have depended on the social media advertising are going to see some incredible regulatory scrutiny and I’d like to see a couple more quarters at least to see how they’ve adjusted their business models” before buying their shares, he said. 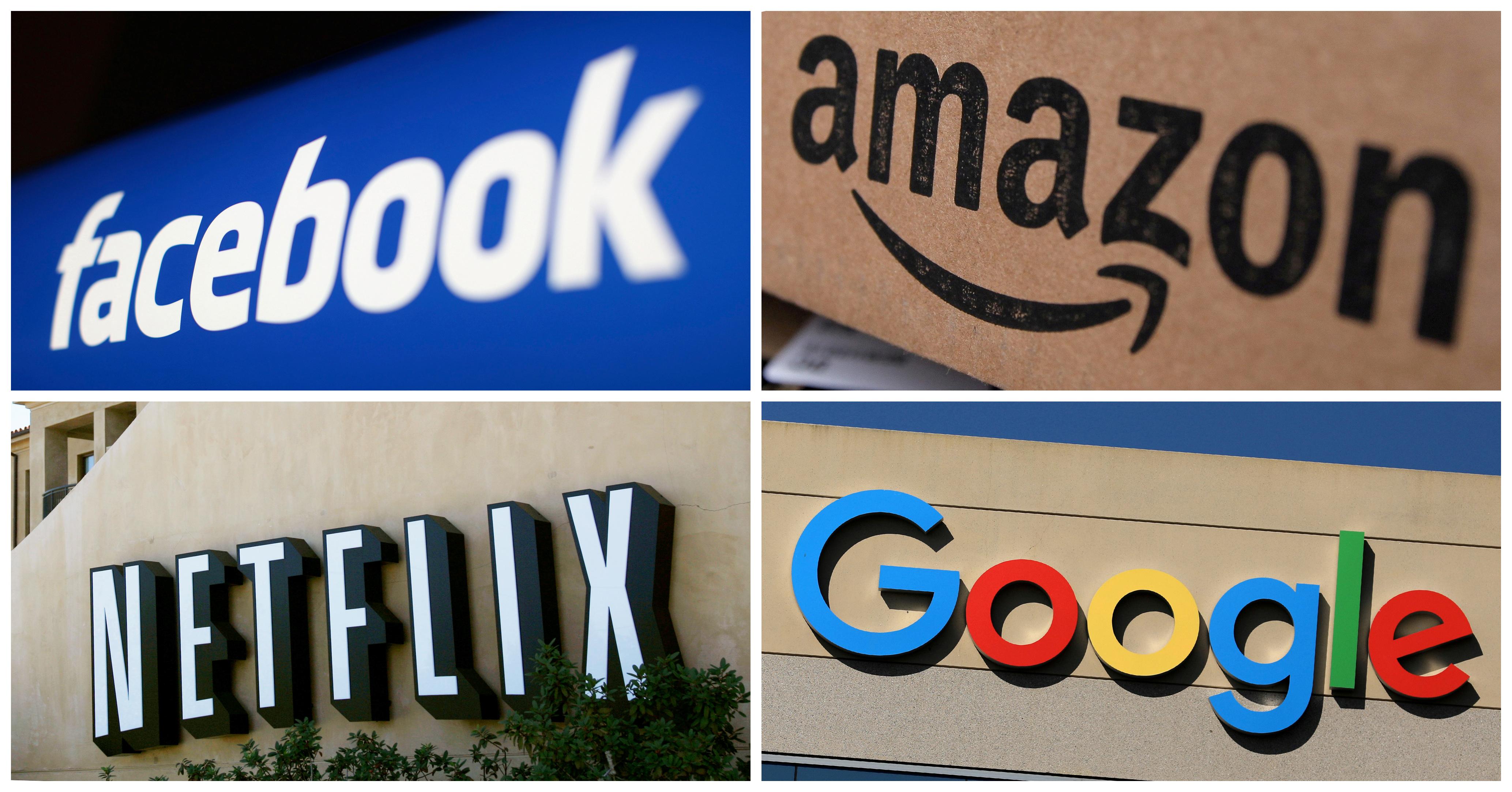 Instead, he is increasing his position in companies with strong recurring revenue streams such as Adobe Inc (ADBE.O), Visa Inc (V.N), and Microsoft Corp (MSFT.O).

“You don’t get to buy companies at panic prices unless there’s a panic, and I think there’s an incredible amount of anxiety in the market right now,” he said.