(Reuters) – A “wide range” of Apple Inc (AAPL.O) products including the Apple Watch would be affected by proposed U.S. tariffs on Chinese goods, the company told U.S. trade officials, but gave no sign of an impact on its iPhone cash cow.

Apple did not disclose specific revenues for most of the affected products, but of those the Apple Watch may be the biggest seller. It brought in about $6.1 billion in revenue last year, according to an estimate from analyst firm Bernstein. That represents a small portion of Apple’s $229 billion in overall sales.

Apple laid out the impact on its products of the Trump administration’s proposed tariffs on $200 billion worth of Chinese goods in an unsigned letter it submitted on Wednesday to U.S. officials as part of a public comment period.

On Friday, U.S. President Donald Trump, speaking aboard Air Force One, said that he has tariffs on an additional $267 billion in Chinese goods “ready to go on short notice if I want.”

Cell phones, the biggest U.S. import from China, have so far been spared, but would be hit if Trump activates the new $267 billion tariff list.

AirPods headphones, some of Apple’s Beats headphones and its new HomePod smart speaker also face levies as part of the proposed tariffs on $200 billion worth of Chinese goods, according to the letter submitted on Wednesday.

“Our concern with these tariffs is that the U.S. will be hardest hit, and that will result in lower U.S. growth and competitiveness and higher prices for U.S. consumers,” Apple said in the letter. 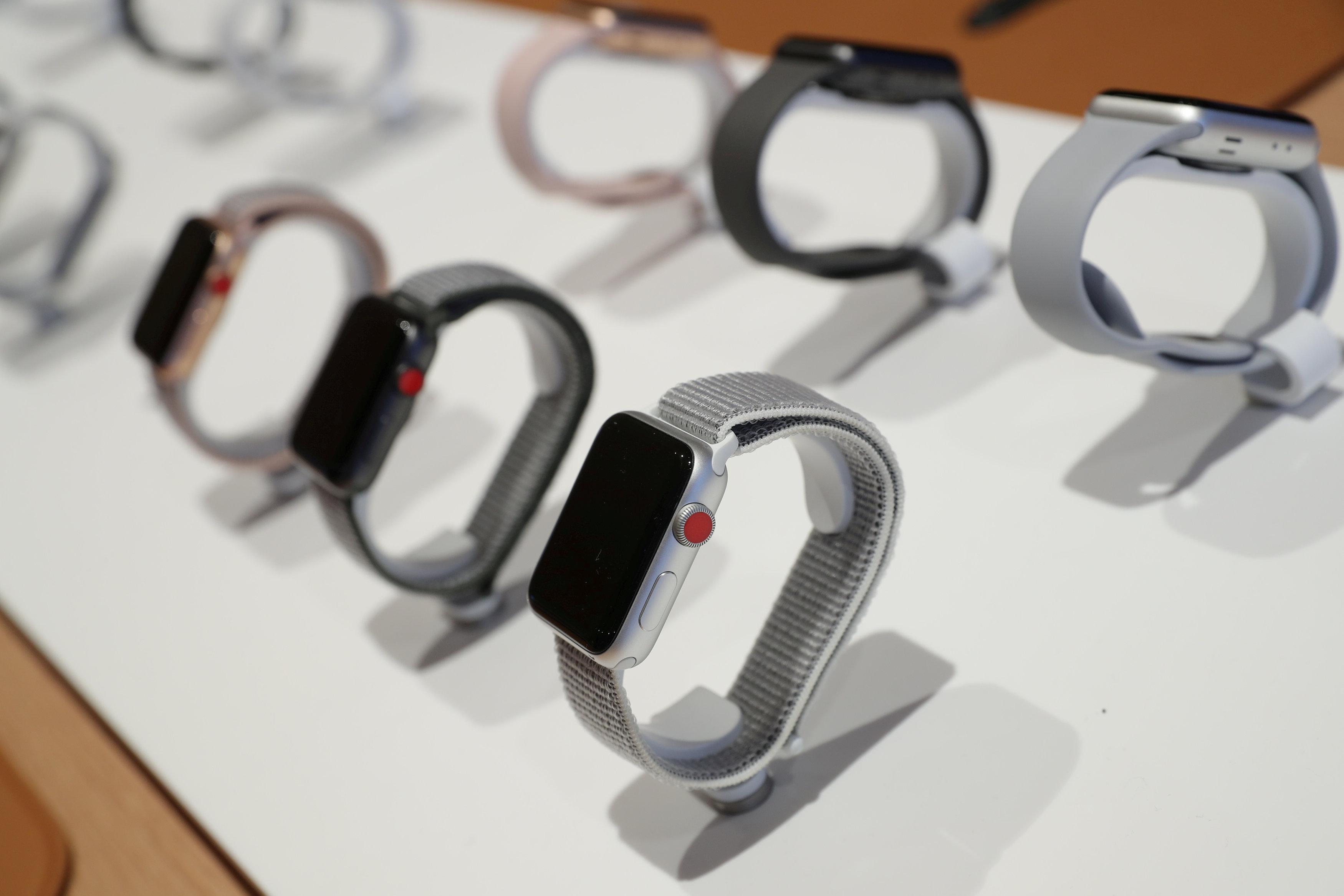 The letter did not mention the iPhone, which accounted for about two-thirds of Apple’s $229 billion in revenue in its most recent fiscal year. The letter also made no mention of the iPad, which brought in $19.2 billion in sales in the most recent year, or most of its Mac computers, which generated $25.8 billion.

Apple did say its MacMini, a low-priced computer that comes without a keyboard or mouse, would be affected.

Many Apple accessories, such as mice, keyboards, chargers and even leather covers for iPhones and iPads would face tariffs, Apple said.

Reuters reported in July that the Apple Watch was likely to be affected by the tariffs.

Shares of Apple closed down 0.8 percent in regular Nasdaq trade on Friday, and slipped another 1 percent in extended trading.

Apple also said that computer parts for its U.S. operations would be hit by the tariffs. The company said that “main logic boards with microprocessing units” could face levies, along with equipment used for research and development.

In its letter, Apple argued that the way U.S. trade officials calculate the U.S. trade balance – attributing the entire value of a product to a country like China where final assembly happens – fails to reflect the true value that Apple generates in the United States. The company noted it spent $50 billion with 9,000 U.S. suppliers in its most recent fiscal year, including Texas-based chip firm Finisar Corp and Kentucky-based Corning Inc.

“Given the balance of Apple’s economic footprint, the burden of the proposed tariffs will fall much more heavily on the United States than on China,” Apple said in its letter.

The technology sector is one of the biggest potential losers in the proposed $200 billion tariff list. Fitness tracker maker Fitbit (FIT.N) said it would be hit by tariffs, and chipmaker Intel Corp (INTC.O) said the levies could slow down the adoption of 5G networks, the next generation of wireless data technology for phones and other devices.