CUPERTINO, Calif. (Reuters) – Apple Inc (AAPL.O) revealed on Tuesday that its streaming TV service will kick off Nov. 1 and cost $4.99 a month, as the tech giant reaches a turning point where it focuses as much on services as its hardware and software.

Apple TV+ will be available in over 100 countries and buyers of an iPhone, iPad or Mac will get a free year of streaming television service, the company announced.

Apple revealed that its new iPhone 11 will come with two back cameras, including an ultra wide-angle lens and the next generation of microchips, the A13, but few big apparent changes. Prices start at $699.

The Apple 11 Pro will have three cameras on the back.

Apple is in a “holding pattern” until it rolls out 5G phones with faster mobile data speeds next year, analysts said. Instead, services like the television content featuring the likes of Oprah Winfrey that will compete with Netflix Inc (NFLX.O) and Walt Disney Co (DIS.N) could take center stage.

While the iPhone still makes up more than half of Apple’s sales, Tuesday’s event may nudge it off center stage after a decade in the limelight.

Apple long boasted about its competitive advantage over rivals such as Samsung Electronics Co Ltd (005930.KS), which makes handsets, or Alphabet Inc’s Google (GOOGL.O), which provides the Android operating system for most of the world’s phones. Apple touted controlling both the hardware and software, resulting in polished products that commanded premium prices and captured most of the smart phone industry’s profits.

At the fall event in the Steve Jobs Theater in Cupertino, California – typically Apple’s splashiest and dedicated to its flagship devices – Apple is cementing a third element to its focus: hardware, software and services.

The new strategy comes as iPhone sales have declined year-over-year for the past two fiscal quarters and investors are fixed on the growth potential for services.

Apple also announced its video game service, Apple Arcade, will be a tab in the App Store and available starting Sept. 19 and cost $4.99 a month, with a one-month free trial.

“This is the first time we’ll get to see Apple’s strategy with all three parts of the business,” said Ben Bajarin, an analyst with Creative Strategies.

With streaming content, Apple is entering a crowded field. Since Apple’s initial television event in March, rivals like Walt Disney Co (DIS.N) have since announced a $6.99 per month service that will contain that firm’s iconic children’s content.

With no historic library of television content of its own, Apple will sell its own service – Apple TV+ – even as it already serves as a reseller of other channels like HBO and, analysts believe, takes a cut of sales. Bajarin said Apple’s challenge is to persuade consumers that its family of devices, from its set-top box to phones, are the best one-stop place to watch shows, despite the fact that Netflix has yet to come on board with the integrated viewing system. (Netflix remains available as a standalone app on Apple devices, and its shows appear in search results in the Apple TV app.)

“Netflix is sort of gaping void” in the Apple TV app “but they’ve got Amazon and all the channels on board,” Bajarin said. “The vast majority of content providers are playing nice with Apple TV.”

Apple also unveiled updates to the Apple Watch and iPad.

The Apple Watch Series 5 will have an always-on display, an 18-hour battery life and international emergency calling in over 150 countries. Prices start at $399 or $499 with cellular service and will be available to order Tuesday and in stores Sept. 20. The Series 3 Apple Watch will start at $199.

Apple said the seventh generation of the iPad will start at $329 and be available to order starting Tuesday and in stores on Sept. 30.

“I believe we are in an incremental holding pattern until 5G. Customers with iPhone X and beyond likely won’t have a reason to upgrade,” said Patrick Moorhead of Moor Insights & Strategy. 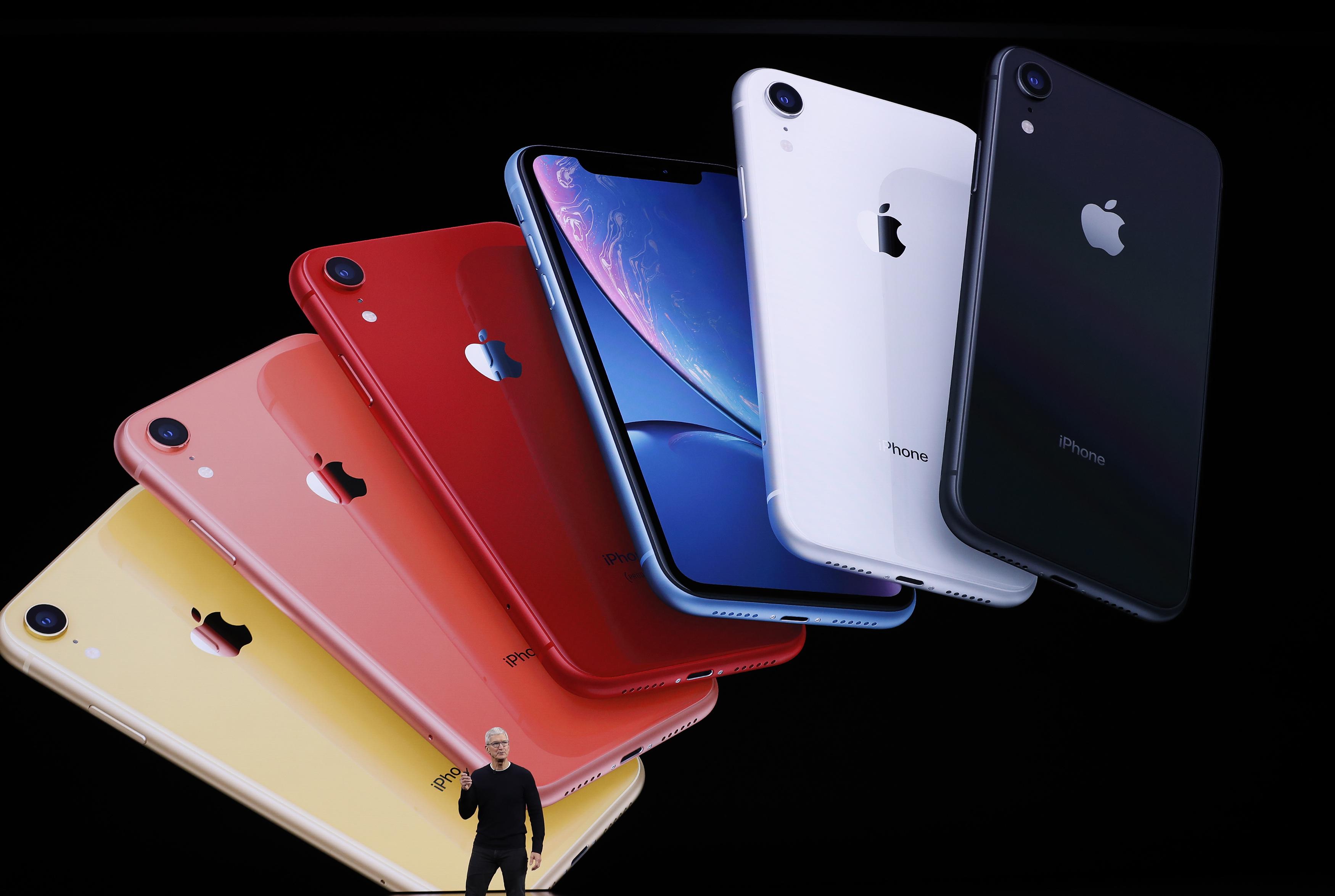 Apple makes much of its profits on selling memory upgrades to devices with larger storage capacity, and Moorhead said falling memory chip prices could help Apple absorb the cost of tariffs on Chinese-made goods, which are expected to hit mobile phones starting Dec. 15.

“Thankfully, storage and memory prices have declined so instead of taking more profit, I see Apple eating the cost and not raising prices,” Moorhead said. “I can also see Apple leaning heavily on its supply chain to eat some of the cost.”