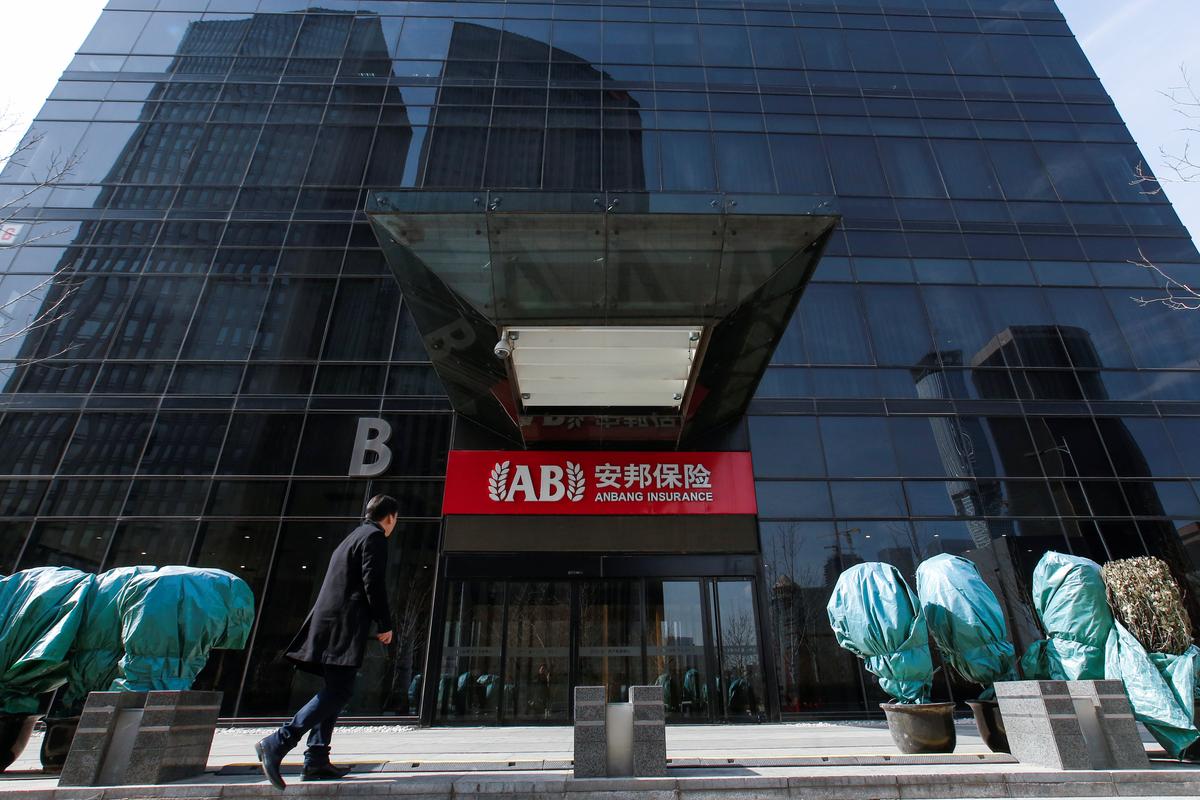 The maneuver was sudden but not altogether surprising, as the once aggressively acquisitive conglomerate had been under tightening government scrutiny for months, with its insurance revenue stream curtailed, regulatory teams supervising its operations since June and its chairman in police custody.

Chinese law allows for similar takeovers across the financial sector; banking and securities laws, for instance, allow the state to step in with banks and brokerages, legal analysts say.

While lawyers and analysts do not think the Anbang seizure heralds an impending wave of nationalizations, they say it sets a fresh, and for some, worrying precedent. The government showed it was not afraid to wield a big stick.

“I think any private players in the financial sector who are big enough to potentially be a headache for the government and who have had regulatory problems must be worried,” said Andrew Gilholm, director of analysis for China and North Asia at the risk consultancy Control Risks.

The one-year takeover of Anbang [ANBANG.UL], extendable for a second year, was triggered under articles 144 and 145 of the Insurance Law, according to the China Insurance Regulatory Commission, or CIRC.

The provisions grant the state broad powers to seize insurers that face serious solvency issues, break the law, harm the public interest, or for any other issues that may affect the company’s ability to repay its debts.

CONTROL AND THEN DIVEST

Since the mid-2000s, the CIRC has temporarily taken control of least two other smaller insurance companies for problems arising from misappropriation of funds or huge losses, according to state media. In both cases the CIRC mobilized a rescue fund to accumulate significant stakes in the insurers and gain control. It later divested.

The CIRC said on Friday that Anbang’s chairman, Wu Xiaohui, was being charged with economic crimes and the company had broken the law, putting Anbang at risk of being unable to pay its debts. It also said things were stable now and the company was operating normally.

Since Anbang is a private company, publicly available financial details were sparse, so it’s hard to know exactly what triggered the takeover.

The debt-fueled company claimed 1.97 trillion yuan ($311.1 billion) in assets and ranked 139 on the Global Fortune 500 list. It had dropped more than $30 billion on acquisitions in recent years and was known for investing money in a way that created asset-liability mismatches.

The CIRC has not responded to calls and a fax on Friday seeking more information about the takeover.

Li Shu, partner at Beijing LiangGao Law Firm, said the CIRC was not obliged to make public the evidence justifying its decision to seize an insurer.

Anbang isn’t the only conglomerate with major overseas assets to come under government scrutiny in recent months. HNA Group, the parent of Hainan Airlines, Dalian Wanda, Fosun and others that had once enjoyed apparent government support and encouragement to invest abroad, has been buffeted by the shifting policy winds.

“One of the priorities for the Chinese government this year is to tackle and minimize financial risk, and therefore it’s quite possible that they may step in to take control of other conglomerates if their instability becomes a threat to the overall financial sector in the country,” said a Beijing-based lawyer who works closely with China’s regulators.

HNA’s intensive deal-making over the past two years, which included investments in Deutsche Bank DBkGn.DE and the Hilton (HLT.N) hotels group, has led to heightened scrutiny by banks and regulators of its mounting debt and use of leverage.

“HNA probably doesn’t know whether to cheer that the government is prepared to step in, or hide under their beds in case they’re next,” said a financial expert at a large Western firm.

HNA did not have an immediate comment on Sunday.

A source close to the company noted that there were significant differences between HNA, an aviation-led industrial conglomerate, and Anbang.

Gilholm at Control Risks said he did not see a risk of the government “getting into actual nationalizations”.

“But there is definitely a trend of government not being shy or worried about being perceived to be interfering in private companies. They’re not as bothered about perceptions as they used to be,” he said.

“They’ll now do what they deem necessary in the national interest as they see it – and I think that included more interference in business.”

Reporting by Engen Tham and John Ruwitch in SHANGHAI; Additional reporting by Adam Jourdan in SHANGHAI, and Jennifer Hughes and Sumeet Chaterjee in HONG KONG; Editing by Philip McClellan and Bill Tarrant