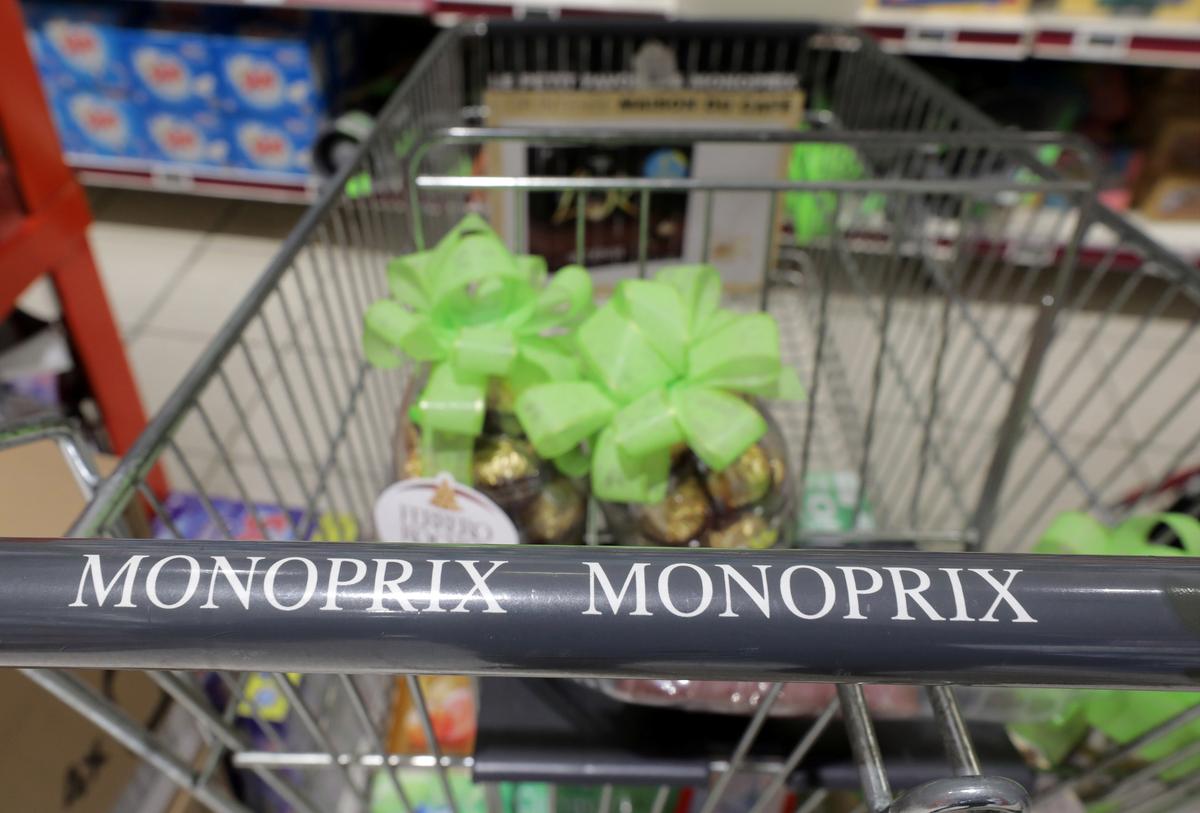 The logo of Monoprix is seen on a shopping trolley at a Monoprix supermarket in Nice, France, March 27, 2018. REUTERS/Eric Gaillard

Future cooperation could extend beyond France. A source familiar with the talks said on Tuesday that Amazon and Casino were in talks to either partner in Brazil as they did in France or reach a deal for the outright sale of Casino’s appliance and electronics chain Via Varejo SA (VVAR3.SA).

The French move, which is set to shake up the competitive local food retail market, lifted Casino shares as much as 9.7 percent in morning trade amid speculation that it could lead to a bigger deal later on.

Amazon’s purchase of the bricks-and-mortar retailer Whole Foods Market Inc for $13.7 billion last year, and a deal for Amazon Prime to sell products from the British supermarket chain Morrisons (MRW.L), raised expectations that it would bid for a retailer or form a partnership in France.

Casino and Amazon said late on Monday that groceries sourced from Monoprix would be available in the Amazon Prime Now app and website through a dedicated virtual store.

The deal is limited to the lucrative Paris market and its suburbs, though Monoprix CEO Regis Schultz told a conference call that an extension to other parts of France could not be ruled out.

Asked if the partnership paved the way to other deals with Amazon, Schultz said: “We do not discuss the future.”

Monoprix is one of France’s best-known store chains, with a network of nearly 800 upmarket stores in more than 250 cities. It has a strong focus on quality and fresh products in the mould of Whole Foods, and is a key contributor to Casino group profit.

Financial terms were not disclosed, but Schultz said a model where Monoprix does the picking of the order in store and Amazon takes care of delivery was a “profitable” one for Monoprix.

The two deals were complementary as the Ocado technology will allow Monoprix to address the needs of its traditional clients with a bigger basket and seeking next-day delivery. Clients of Amazon Prime, set up in Paris in 2016, are looking for fewer items and want express delivery.

Since the purchase of Whole Foods Market, expectations that Amazon could focus next on Europe have spurred French retailers to try to improve their own online offerings.

Carrefour (CARR.PA) announced in January that it would invest 2.8 billion euros in digital commerce over the next five years, six times its current investment.

Leclerc, France’s biggest food retailer by market share, privately held operator Systeme U and Casino have all been linked in recent months with Amazon, which has steadily been building its presence in France.

Leclerc launched its own home delivery service in Paris on Monday.

“Since the deal with Ocado will not start working until 2019, Casino needs to protect Monoprix from Leclerc, which has started home delivery in Paris,” wrote Kepler Cheuvreux analysts.