(Reuters) – Amazon.com Inc abruptly scrapped plans for a new headquarters in New York that could have created 25,000 jobs, blaming opposition from local leaders upset by the nearly $3 billion in incentives promised by state and city politicians.

The company said on Thursday it did not see consistently “positive, collaborative” relationships with state and local officials. Opponents of the project feared congestion and higher rents in Long Island City, Queens, and objected to incentives for a company run by Jeff Bezos, the world’s richest man.

Amazon said it would not conduct a new headquarters search and would focus on growing at other existing and planned offices.

The online retailer carried out a highly publicized year-long contest to pick a location for a $5 billion second headquarters, drawing bids from across the United States and Canada. It ultimately split plans to add 50,000 jobs between New York and Arlington, Virginia, near Washington.

The Long Island City deal was negotiated by New York Governor Andrew Cuomo, who joked he would change his name to Amazon Cuomo if might help lure the company, and New York City Mayor Bill de Blasio. They promised it would more than pay for itself in the long term through new tax revenues.

Cuomo said in a statement on Thursday that a small group of politicians had “put their own narrow political interests” above those of New Yorkers.

“They should be held accountable for this lost economic opportunity,” he said.

Some New Yorkers had mounted protests after the deal was announced, angered by the $2.8 billion in incentives promised to Amazon and fearing further gentrification in a neighborhood once favored by artists looking for cheap studio space.

U.S. Congresswoman Alexandria Ocasio-Cortez, a critic of the project and a self-described democratic socialist whose district spans parts of Queens and the Bronx, cheered the reversal by the world’s third most valuable public company.

“Anything is possible: today was the day a group of dedicated, everyday New Yorkers & their neighbors defeated Amazon’s corporate greed, its worker exploitation, and the power of the richest man in the world,” she wrote on Twitter.

People briefed on the decision said Amazon had made the decision early on Thursday after talks starting on Wednesday and amid rising concerns about the small vocal minority. The people said Amazon will not shift any of the planned jobs to Tennessee or Virginia but plans to grow its existing network of locations.

The online retailer has not yet acquired any land for the project, which would make it easy to scrap its plans, a person briefed on the matter told Reuters on Friday.

In a statement, de Blasio blamed Amazon for failing to address local criticism.

“We gave Amazon the opportunity to be a good neighbor and do business in the greatest city in the world,” he said. “Instead of working with the community, Amazon threw away that opportunity.”

U.S. Representative Carolyn Maloney, a Democrat whose district includes the proposed site, lamented the loss of jobs and new revenues.

“This is not the Valentine that NY needed,” she wrote, adding that she had been ready to push for changes to the deal to address local concerns.

NO PLANS TO REOPEN HQ2 SEARCH

Some long-time residents in Long Island City, which sits across the East River from midtown Manhattan’s skyscrapers, feared being forced out by rising rents and untenable pressure on already overburdened subway and sewage systems. High-rise towers have sprouted across the neighborhood in recent years.

The logo of Amazon is seen on the door of an Amazon Books retail store in New York City, U.S., February 14, 2019. REUTERS/Brendan McDermid

Mark Hamrick, a senior economic analyst at Bankrate.com, said the about-turn could spook other companies thinking about expanding in New York.

“This is a stunning development, with Amazon essentially giving in to vocal critics,” he said.

Amazon said Thursday it did not plan to re-open the search that drew 238 proposals from across North America.

“I think the PR event turned out to be a mistake,” said Jason Benowitz, senior portfolio manager at the Roosevelt Investment Group, who owns Amazon shares. You can compare this to Google sinking billions of dollars into the Chelsea neighborhood in Manhattan without making noise.”

Alphabet Inc’s Google has avoided competitions between cities for its office, and its growing presence in lower Manhattan has met with little serious blowback. Google said in December it plans to invest more than $1 billion on a new campus in New York to double its current headcount of more than 7,000 people.

Shares of Amazon were down 0.5 percent.

Hours before the announcement, Amazon officials in New York betrayed no knowledge of the deal’s cancellation when they met with local community members on Thursday morning, said Kenny Greenberg, a neon artist and member of Long Island City’s community board.

“Either they are really good poker players or they were not aware,” Greenberg said of the Amazon representatives. “There was no hint of this at all.”

The meeting with Amazon officials had been held to answer concerns from the community about labor conditions for Amazon’s warehouse and delivery workers and the company’s opposition to labor unions. 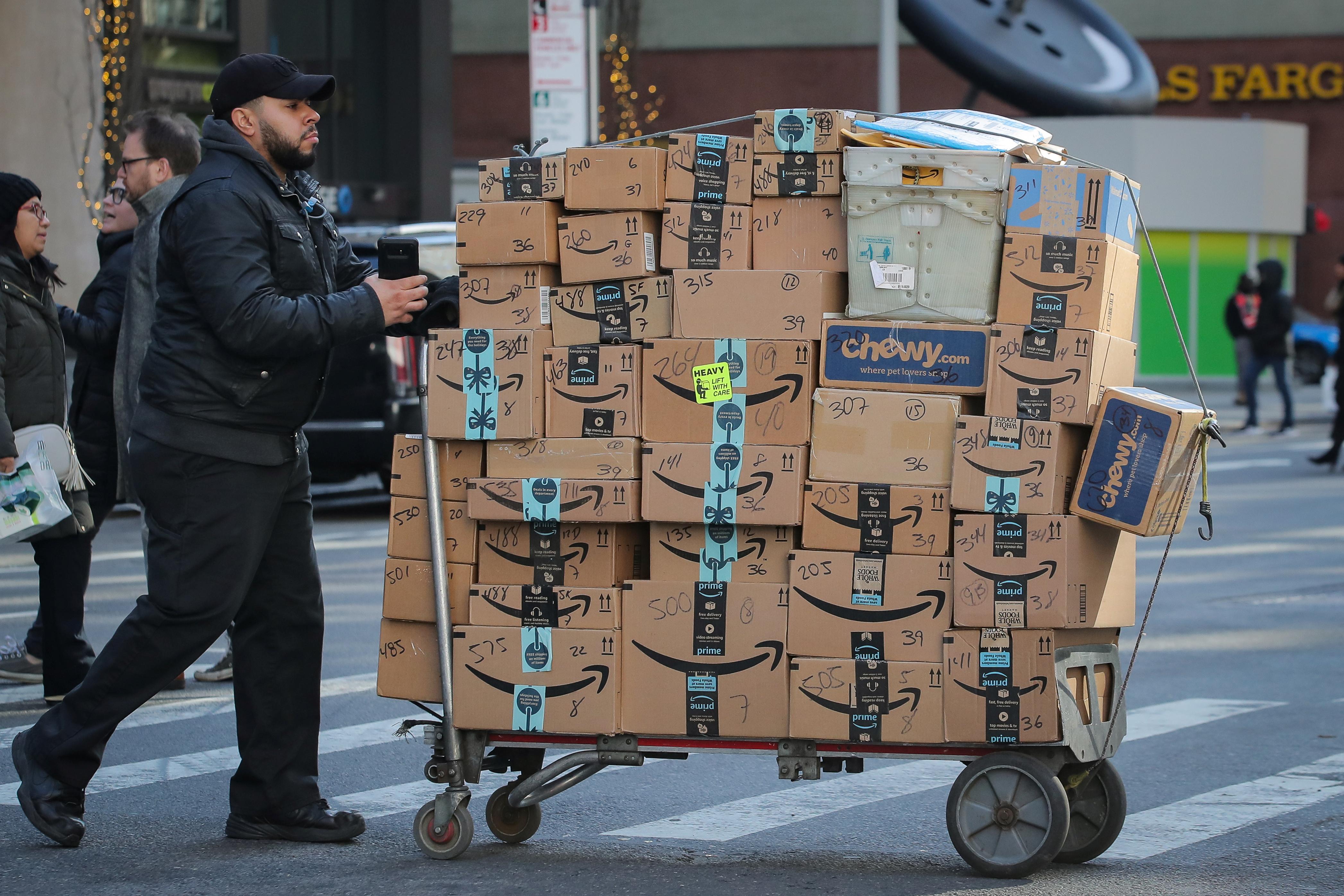 “Defeating an unprecedented act of corporate welfare is a triumph that should change the way we do economic development deals in our city & state forever,” Jimmy Van Bramer, a city councilman from Queens who had opposed the project, said on Twitter.

One of the city’s most powerful private-sector unions, the Retail, Wholesale and Department Store Union, said the company’s abrupt exit confirmed its criticisms.

“Rather than addressing the legitimate concerns that have been raised by many New Yorkers Amazon says you do it our way or not at all, we will not even consider the concerns of New Yorkers,” union spokeswoman Chelsea Connor said in a statement. “That’s not what a responsible business would do.”