WASHINGTON (Reuters) – Amazon.com Inc is exploring alternatives to locating part of its new headquarters in New York in case the plan should fail due to local opposition, a person briefed on the matter told Reuters on Friday.

The online retailer has not yet acquired any land for the project, which would make it easy to scrap its plans, the source said. The Washington Post reported the story earlier on Friday.

The person briefed on the matter said that Amazon was still working toward winning approval from New York officials and had not given up on the proposal, but was considering potential alternatives to New York.

Earlier, the Post, which is owned by Amazon Chief Executive Jeff Bezos, reported that Amazon executives had had internal discussions to reassess the situation in New York and explore alternatives. It cited two unnamed people familiar with the retailer’s thinking.

In a statement on Friday, Amazon said it was working to engage with New Yorkers, but did not discuss whether it would change its plans.

“We’re focused on engaging with our new neighbors – small business owners, educators, and community leaders,” it said. “Whether it’s building a pipeline of local jobs through workforce training or funding computer science classes for thousands of New York City students, we are working hard to demonstrate what kind of neighbor we will be.”

In November, Amazon said it would branch out from its home base in Seattle with plans to create more than 25,000 jobs in two new developments.

The world’s largest online retailer plans to spend $5 billion on the developments in Long Island City in New York’s Queens borough, and in Arlington, Virginia, near Washington, D.C, and expects to get more than $2 billion in tax credits and incentives with plans to apply for more.

Amazon has mailed flyers to Queens residents touting the economic benefits of its New York expansion.

But some residents in the rapidly transforming Long Island City neighborhood across the East River from mid town Manhattan’s skyscrapers have loudly opposed Amazon’s plan. They say they fear more crowded subway stations, an overburdened sewage system and rent increases that would drive out long-time residents.

FILE PHOTO – The Citibank building, the site of a new workplace for Amazon employees, is seen in Long Island City of the Queens borough of New York, U.S., November 14, 2018. REUTERS/Shannon Stapleton

“I would be happy not to have them,” said Terri Gloyd, the co-owner of the LIC Corner Cafe. “I think most of the neighborhood hasn’t wanted them here.” She said her neighbors may have given the prospect of Amazon a warmer welcome had the subsidy package not been so large.

A critic of the plan, Queens lawmaker Senator Michael Gianaris, was appointed to a state senate panel that has the power to block Amazon’s campus, local media including the New York Times have reported.

City council speaker Corey Johnson told local radio he is looking at subsidies for Amazon and that the plan is not yet final. One point of contention could be Amazon’s opposition to labor unions.

Ocasio-Cortez tweeted a link to the Post story on Friday and said: “Can everyday people come together and effectively organize against creeping overreach of one of the world’s biggest corporations? Yes, they can.”

In one sign of opposition, artists spray-painted Amazon’s logo – spelled “AMAZNO” – on streets near the proposed site.

Cuomo defended the deal on Friday as the largest economic development the state had ever won and cited the Post story.

The split second headquarters, which Amazon called HQ2, attracted 238 proposals from across North America in a year-long bidding war. 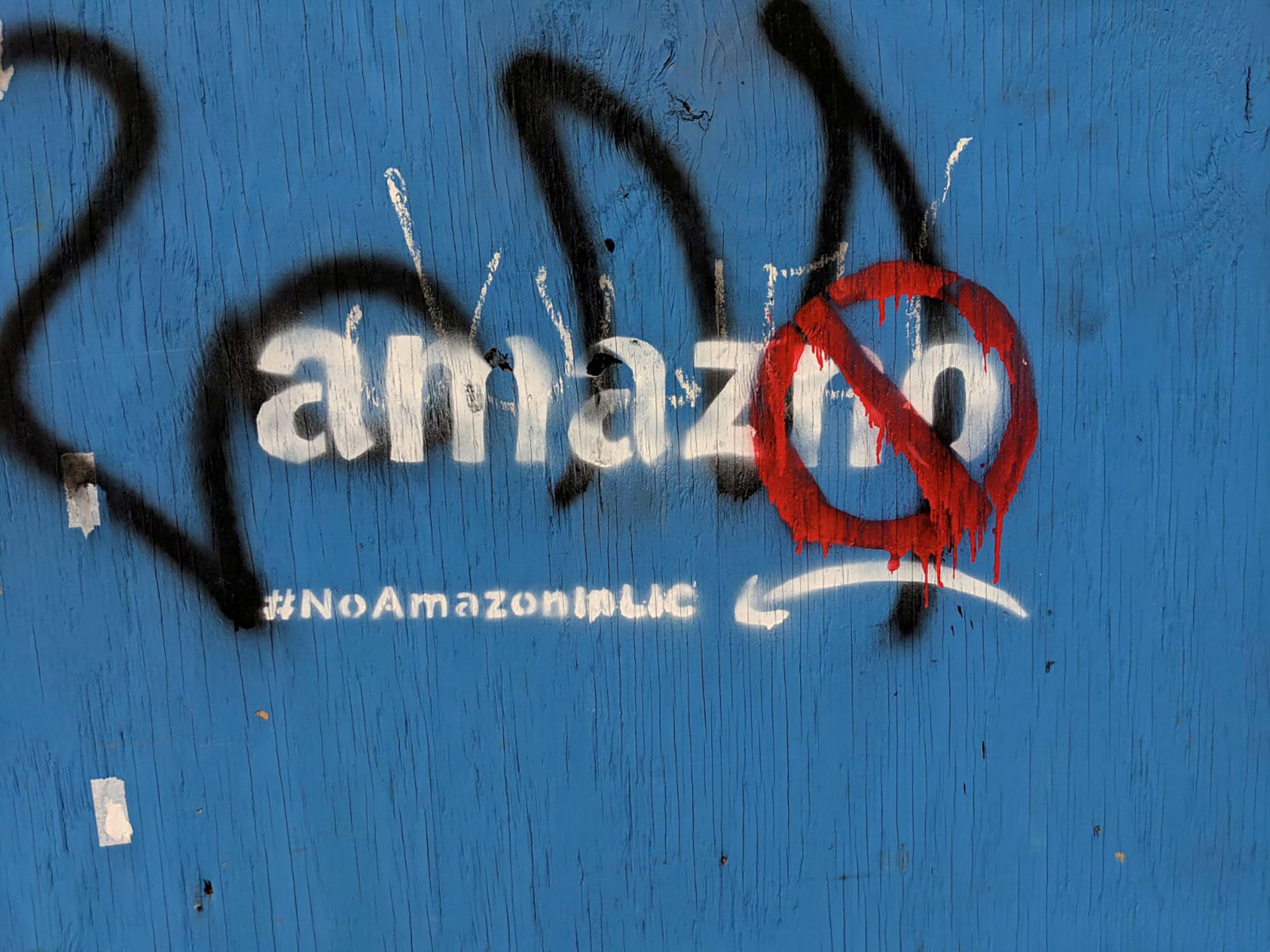 Amazon ended the frenzy by dividing the spoils between the two most powerful U.S. East Coast cities and offering a consolation prize of a 5,000-person center in Nashville, Tennessee.

At the outset of its search last year, Amazon said it was looking for a business-friendly environment. The company said it will receive performance-based incentives of $1.525 billion from the state of New York, including an average $48,000 for each job it creates.

It can also apply for other tax incentives, such as New York City’s Relocation and Employment Assistance Program that offers tax breaks potentially worth $900 million over 12 years. What benefit the company would actually get was unclear.

In Prague, a House Without a Key