On Wednesday, Whole Foods debuted a much-anticipated loyalty program that offers special discounts to Prime customers, including 10 percent off hundreds of sale items and rotating weekly specials such as $10 per pound off wild-caught halibut steaks.

Those perks are available now in Florida and will roll out to all other stores starting this summer. Amazon previously announced free two-hour delivery from Whole Foods stores for members of Prime, its subscription club with fast shipping and video streaming.

Closely watched basket size – the number of items purchased per transaction – has grown since the merger, said Mackey. He declined to offer specifics.

Mackey is betting on Prime to convince shoppers wary of its “Whole Paycheck” reputation that it is an affordable option for more of their purchases.

The new perks could make Whole Foods cheaper than conventional grocers for about 8 million of its customers who already subscribe to Amazon Prime, according to Morgan Stanley analysts.

Prime members scan an app or input their phone numbers at checkout to receive the discounts.

While Whole Foods’ prices on staples like rotisserie chicken, bananas and avocados have come down, she still thinks some every day items are prohibitively expensive. “If I start buying dish soap and other things there, I will have hit the big time,” she said. 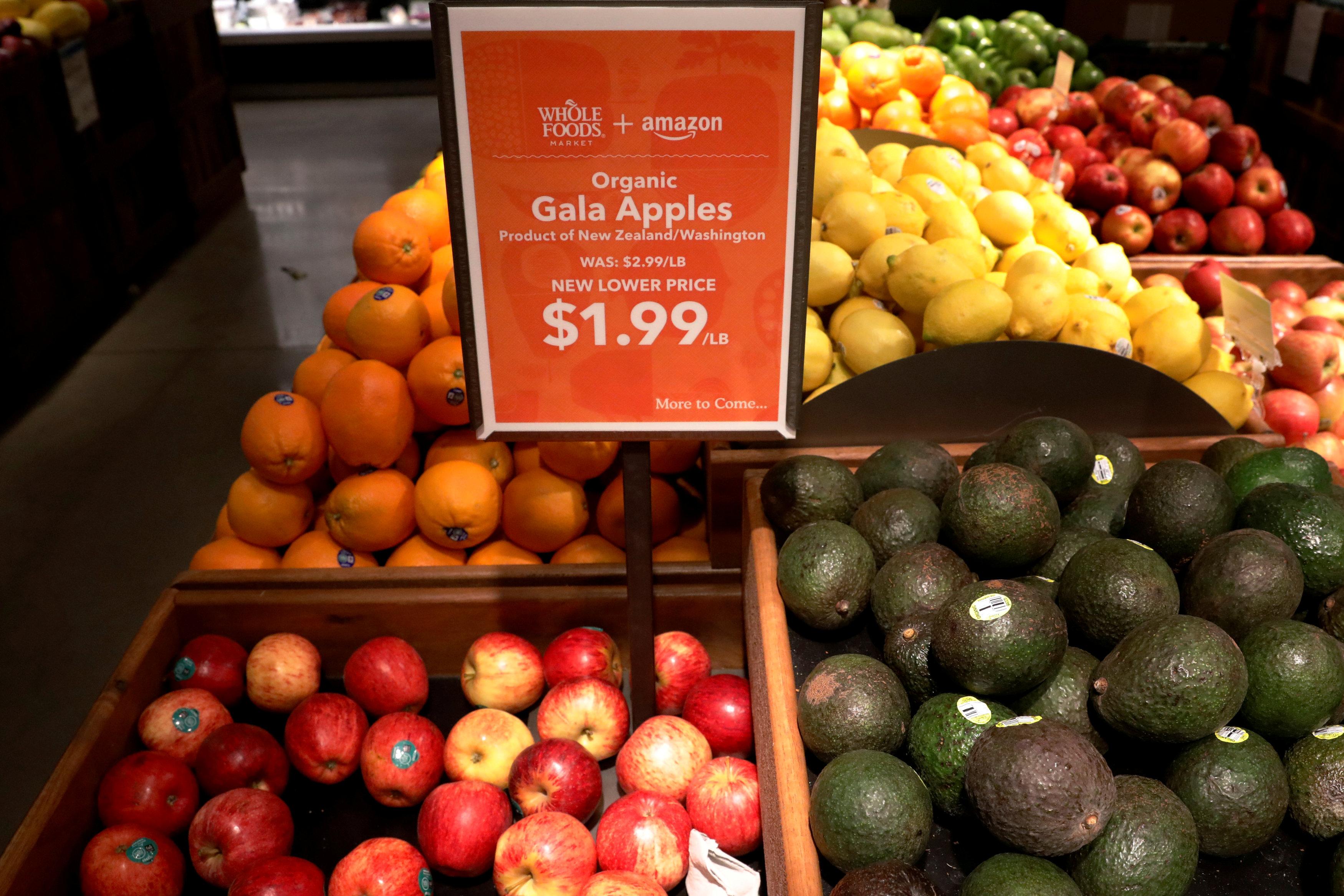 In Amazon, Whole Foods has found an owner that is famously comfortable spending away profits on new businesses or on lower prices.

“Given how important it is for Amazon to provide value for their customers, and customers value lower prices, I would think they’d be comfortable operating Whole Foods at a lower margin while experimenting with the operating model,” said Tom Furphy, former vice president of consumables and AmazonFresh, and now chief executive of Consumer Equity Partners.

Mackey said more rounds of cuts are in the cards.

“Whole Foods is going to become more and more and more competitive,” said Mackey, who declined to detail how much of a haircut its suppliers will take.

Hain Celestial Group, one of Whole Foods’ biggest suppliers, says a lower profit margin may be worth it.

Small grocers, who still control a hefty portion of U.S. sales, typically have razor-thin margins. They are under increasing pressure as German discounters Aldi and Lidl lower prices, too.

Walmart said it will keep offering everyday low prices to all shoppers at its more than 5,000 U.S. stores.

CEO Rodney McMullen told Reuters earlier this month that the chain’s prices will “absolutely” be lower than Whole Foods on the typical shopper’s basket of about 50 items per week.

“It’s easy to beat somebody on four or five items,” said McMullen.

Kroger tested an annual grocery delivery subscription but tabled it due to insufficient demand, he added.