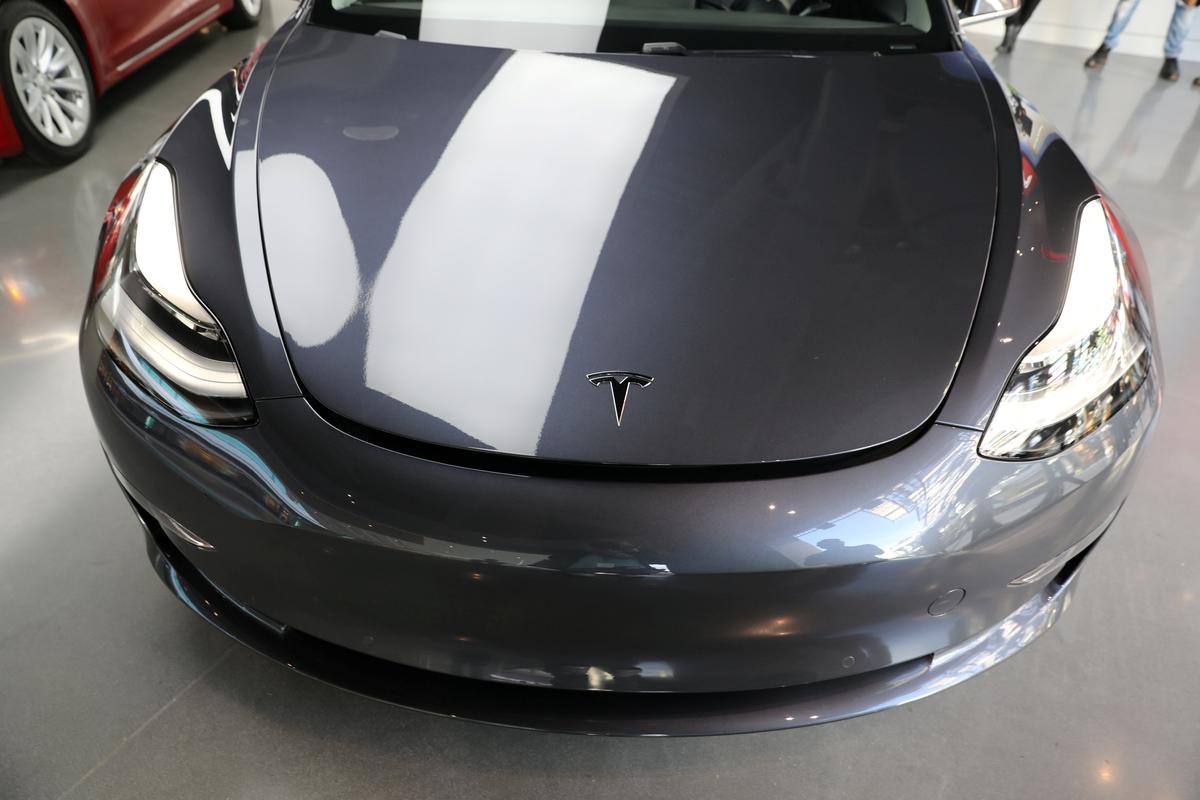 LONDON (Reuters) – When electric carmaker Tesla Inc. launched its first mass market model last summer, it sent a shockwave through the aluminum industry by largely shifting to steel and away from the lighter weight metal it had used in its first two luxury models.

The switch by Elon Musk’s Tesla to the heavier-but-cheaper metal highlights how steel is fighting back against aluminum, which had widely been expected to be the bigger beneficiary of the electric vehicle revolution.

Aluminum had been seen as the key to offsetting the weight of batteries in order to extend the range of electric vehicles, crucial to increased consumer acceptance.

But as makers of battery-powered cars look to tap into bigger markets with cheaper vehicles – and embrace technological developments in batteries and components – many are increasingly looking to steel to cut costs. The price of Tesla’s mass-market orientated Model 3 is around half of the £70,000 luxury Model S.

“Before the aim was ‘Let’s get the [electric vehicles] developed’, now it’s ‘Let’s get them developed at the right price point,’” says Mauro Erriquez, a partner at McKinsey & Company in Germany who specializes in the auto sector.

It is the latest tussle in a decades-long battle between steel and aluminum for market share among automakers, seeking to cut the weight of vehicles to help slash emissions and meet tough government pollution standards.

Steel is also winning back some market share among gasoline vehicles, such as the Audi A8. The latest model abandoned its heavy use of aluminum and shifted to a mix of steel, aluminum, magnesium and carbon fiber.

The competition between the metals has intensified amid rapidly growing demand for battery-powered cars.

Sales of electric and hybrid vehicles are due to surge to 30 percent of the global auto market by 2030, according to metal consultants CRU, up from 4 percent of the 86 million vehicles sold last year.

In China, the world’s largest auto market, sales of new energy vehicles are due to grow by 40 percent this year to top 1 million vehicles, according to the China Association of Automobile Manufacturers.

Tesla declined to comment, but in a filing with the U.S. Securities and Exchange Commission last month it said it designed the Model 3 “with a mix of materials to be lightweight and safe while also increasing cost-effectiveness for this mass-market vehicle”.

The e-Golf has 129 kg of aluminum and the Leaf uses 171 kg while Tesla’s luxury Model S contains 661 kg of the metal, according to A2mac1 Automotive Benchmarking. A detailed breakdown was not available for the Tesla 3.

(For a graphic of Metals used in vehicles click tmsnrt.rs/2G9OuvQ)

Aluminum is still expected to benefit greatly from the electric vehicle revolution, however, especially from hybrids because they have two engines.

Both the combustion engine block and transmission are typically made of aluminum while the metal is also often used for housing the battery and motor in electric vehicles, according to auto metals specialist AluMag in Germany.

And, because it is expected to be years before pure electric vehicles become widely used – in part due to the lack of power charging networks – the growth of hybrids in the interim is expected to benefit aluminum.

According to CRU Consultant Eoin Dinsmore, demand for aluminum from electric and hybrid vehicles is forecast to increase ten times to nearly 10 million tonnes by 2030.

“We chose aluminum as a material as it is nearly three times lighter than steel in its raw form, and it absorbs twice as much energy in a crash,” said Chris Staunton, chief engineer of body structures for the firm that developed the taxi for the London Electric Vehicle Company (0175.HK).

But aluminum remains more expensive than steel. Benchmark aluminum futures CMAL3 on the London Metal Exchange are around $2,050 per ton, more than three times the cost of LME steel rebar SRRc1 at $585 a ton.

The price gap between the types of aluminum and steel used in autos was not as wide, but still represented significant savings by using steel, industry experts said.

Meanwhile, stronger and cheaper batteries for electric vehicles as well as developments in the components that generate power and overall structural design have lessened the need for aluminum to cut weight to extend the range.

Since 2010, the cost of batteries have tumbled to as low as $114 per kilowatt hour from $1,000/kwh and are expected to drop further in coming years, according to AluMag.

“I think car makers are finding that as battery costs fall they can achieve their range requirement with an all-steel solution,” said George Coates, technical director for WorldAutoSteel, the automotive arm of the World Steel Association.

Improvements in the powertrain – the main components in a car that generate power – have also had a big impact.

The 2017 model of the Nissan Leaf extended its range by nearly 50 percent to 172 km compared to the 2011 version mainly by improving the powertrain, consolidating four separate systems into one, said McKinsey’s Erriquez.

(For a graphic on Aluminum vs Steel prices click reut.rs/2IS9oBr)

At the same time, the steel industry has developed Advanced High Strength Steel products, which are stronger and lighter than normal steel, and importantly, cheaper than aluminum.

“(Steel) companies like ThyssenKrupp (TKAG.DE) and ArcelorMittal (MT.AS), they’re not going to just give up this market share. There will be a battle for the material,” said Jost Gaertner, partner at AluMag.

BMW, which used large amounts of costly aluminum and carbon fiber in its i3 and i8, told Reuters it was not planning to increase the use of those materials in future electric models.

“There is no ‘one material fits all’ solution” for future electric vehicles, the German carmaker said in an email.

“We will continue to employ each material in a way and in a quantity which brings in its specific advantages.”